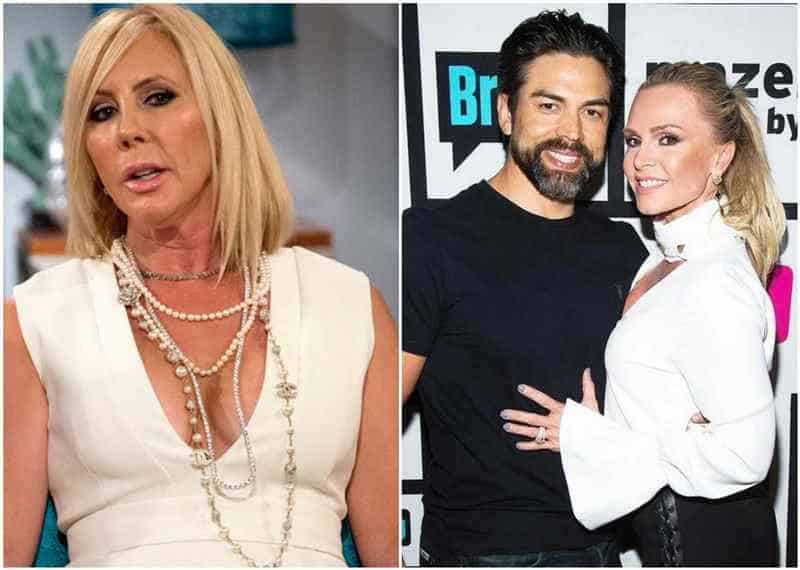 Real Housewives of Orange County star Vicki Gunvalson is at it again!

Despite some backlash from fans of the show, Vicki is continuing her ‘Tamra’s Husband Eddie is Gay’ tour. Seriously!

For some weird reason, the 55-yr-old Bravo housewife gave an interview to TMZ during which she once again implied Tamra Judge’s husband Eddie Judge might be gay. Except she goes a step further this time by stating he needs to come out if he is. Wowzers.

“He married my friend. If he’s homosexual, then come out and say you’ve been with men in the past,” said Vicki to TMZ.  “If he’s got nothing to be embarrassed about.”

When asked why he needed to come out or why his sexuality even mattered, Vicki responded: “He’s on a reality show and some things might come out that you don’t want coming out.”

But fret not as Vicki closed out the interview by making it clear she has nothing against Eddie!

“I like Eddie. I wish them the very best,” said Vicki. “Don’t get me wrong. I don’t care one way or the other.”

Geez, I would hate to see what she would be doing if she actually hated Eddie!  Vicki’s latest comments come a month after she went into detailed accusations about Eddie being gay in a Bravo blog that even the network had to delete.