Home Real Housewives of Dallas News RHOD’s LeeAnne Locken Says She Was “Baited” by Brandi, Blames Being “Under the Influence” for Shocking Comments

RHOD’s LeeAnne Locken Says She Was “Baited” by Brandi, Blames Being “Under the Influence” for Shocking Comments 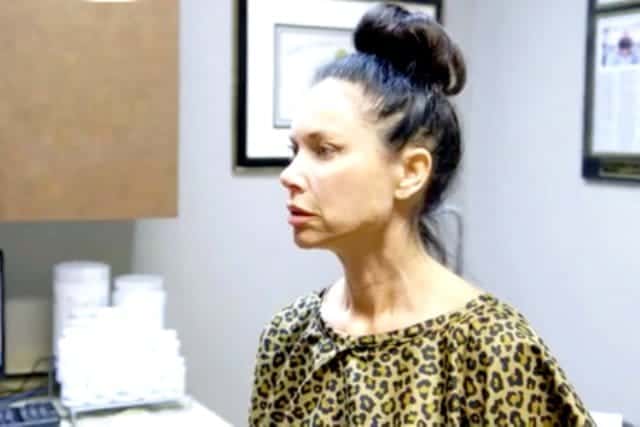 Oh boy! Where do we start?

Following last night’s episode of the Real Housewives of Dallas during which LeeAnne Locken was caught making some shocking comments and threats about her castmate Cary Deuber off camera, she is now attempting to defend herself!

In her latest Bavo blog, LeeAnne blames being under the influence of drugs for making threats against Cary and spreading gay rumors about her husband Mark.  But first she blames castmate Brandi Redmond, who drove her to go get her surgery, for baiting her into saying the things that she said. For reals!

LeeAnne wrote, “My “conversation” with Brandi at the surgery center seemed very one-sided. What I mean by that is, in a normal conversation there is give and take. I truly only heard the take! Where were the questions that led to those answers? I feel like I was completely baited in an altered state into speaking about something that should not have been discussed considering I was under the influence… Any true friend taking you to surgery would have built you up, not asked you to discuss people trying tear you down. ”

She goes on to state that she feels bad about the things she said.

“I honestly can’t recall this conversation. It’s horrible to watch it back on TV. If you feel disappointed in me while watching this, let me tell you, I feel it 1,000 times harder. This is not who I want to be and not how I want to be. When people push my buttons, I want to be calm and respond in a calm manner. My heightened fear took all of that away from me. I own it, but I am not proud of it!” wrote LeeAnne.

LeeAnne then goes on to deny threatening to hurt Cary… even though she did just that with the comments about her hands and knives! Below is an excerpt from her blog –

“Now regarding the Brandi phone call to Cary….

“LeeAnne is very upset and won’t let it go.” – Um, Brandi, you started this conversation by repeating what she said.

“She says she is going to hurt you.” – NEVER SAID THAT

“Spitting in my face and her eyes were delusional.” – Never spat in her face.

Now we all have said things in the past that we regret but the voice of reason, D’Andra Simmons, did help explain some of my past comments when she said, “LeeAnne pops off! That what she does!” Finally, some TRUTH!”

But there’s more! As LeeAnne accuses Brandi of throwing her under the bus and then accuses her costars of trash talking her in the excerpt below –

“Having these women continue to say that I said things that I never said is, to me, as inexcusable as my behavior has occasionally been. Do they believe that if they say it enough others will say it, too? Seeing Brandi so clearly stand up for Cary and Stephanie after all that they have done to her, yet throw me under the bus with complete ease, blows me away. It makes me question if the girl’s fight ever really happened or if it was just a massive manipulation to get inside of my world and bait me into conversations that they could use against me later.

Oh well. Mexico, here we come. Yes, Brandi was passed out on the bus. The resort was amazing and then the truth comes out. While D’Andra and I are in our room, the girls down the hall are totally trash talking about me in a condescending way, just for a laugh. Cutting to Kameron in her interview questioning this line of conversation is a moment of clarity for me! Here is a woman who was preloaded with same amount of crap about me as these other girls were last year and yet is giving me a chance! Then we cut back to Cary- “Let’s go show off our titties that we had done…by REAL plastic surgeons.” Yup. Nothing condescending about that! I can’t imagine why I would think you don’t like me.”

TELL US – DO YOU BELIEVE BRANDI BAITED LEEANNE? THOUGHTS ON HER BEHAVIOR?