Home Real Housewives of New Jersey News Teresa Giudice Says Her Parents Gave Her Permission to Divorce Joe! “He Left Me With 4 Kids & Mountain of Debt”

Teresa Giudice Says Her Parents Gave Her Permission to Divorce Joe! “He Left Me With 4 Kids & Mountain of Debt” 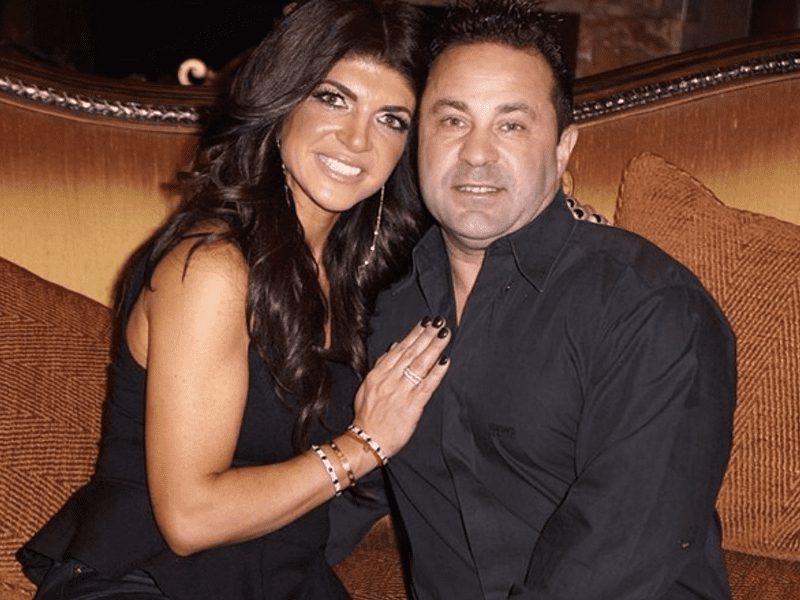 In today’s Teresa Giudice news, the Real Housewives of New Jersey star continues to drop hints that a divorce might be in the works for her and husband Joe Giudice.

Just days after dropping a bombshell in an interview that she’s not sure her marriage with Joe will survive, more excerpts have been released from her new book, Standing Strong

In her book, Teresa, 45, makes the shocking revelation that her parents gave her permission to divorce Joe! This is more stunning due to the fact that Teresa’s mother passed away earlier this year, and her father is currently in poor health.

“No one in our family has ever gotten divorced,” Teresa writes in her new memoir, out October 3. “But my parents both said they’d be fine with it if I decide to leave Joe. They both feel like I didn’t deserve what happened to me.”

“They definitely feel like Joe is to blame, but — again — they never said a bad thing about him,” she adds.

Teresa’s narrative seems to be one where she puts all of the blame on Joe and admits no fault or wrong doing of her own. Quite interesting.

Teresa also shares that Joe’s parents haven’t been kind to her revealing that his mother even called her the B word! Wowzers.

“Joe’s mother called me a b***h and blamed me for the whole thing,” she writes. “Trust me, my parents could have ripped into him because it was all his doing. But they never did, despite the fact that he left me with four kids and a mountain of debt.”

In other excerpts released from her book over the weekend, Teresa revealed Joe was “constantly drunk” before he went away to prison, and stated she did not feel sorry for him.

“He drowned his sorrows in alcohol from the day we were sentenced to the day he left for prison…All the kids and I saw was his drinking too much, all the time. He was constantly drunk,” wrote Teresa.  “I didn’t feel sorry for him, though not for one second… I did my time, and now he has to do his…. He was the one who got us into all this bulls**t in the first place. He can blame me all he wants, which he does, very often.”

Joe and Teresa were both sentenced on multiple fraud charges back in 2014 but a Judge allowed them to serve out their sentences separately so their kids would always have a parent with them. Teresa was released from prison in December 2015 after one year in prison, and Joe is currently serving a 3.5 year sentence and is scheduled to be released in March 2019.

The couple definitely has a rocky road ahead of them as it has also been reported that Joe, who is not a US citizen, is facing deportation once he’s released.

TELL US – DO YOU THINK TERESA WANTS TO DIVORCE JOE?