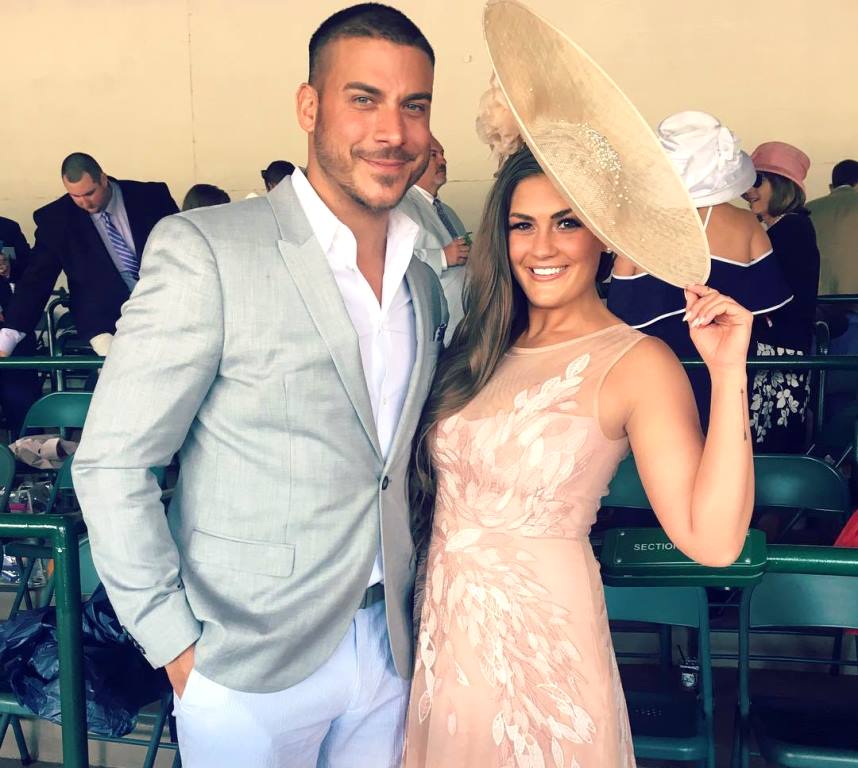 Vanderpump Rules star Jax Taylor is finally speaking out on his relationship status with Brittany Cartwright following a report last month that the couple had split.

In a new interview with Us Weekly, the star of Vanderpump Rules Jax and Brittany Take Kentucky sets the record straight on whether or not he and Brittany are broken up.

“We are together,” revealed Jax, 38. “We do spend a lot of time together because Vanderpump is, like, five months of filming, so we play together, sleep together, eat together, so it’s a lot. So we’ve been taking trips separately just to take a break.”

Jax was also asked if a proposal is in the works as Brittany’s family put a little pressure on him on their spin-off show which was filmed on her family’s farm.

Moving on as in a separate interview, Jax talked about his castmate and ex-girlfriend Stassi Schroeder who was famously dumped last month by her on-again off-again boyfriend Patrick Meagher on their 4-year anniversary. Yep, that really happened!

Jax was then asked if he had any dating advice for his ex.

“I can’t give relationship advice to anybody. I’m the worst in the world; I feel like it would be so hypocritical if I gave it. But I feel like Stassi’s a strong person. She’s an amazing girl. She’s hilarious,” he stated. “I felt like in the last two years, she’s really humbled herself. I think she’s kind of came and she’s kind of found herself, which everyone finds themselves at different points in their life. And I think she needs to focus on her. I think she’s determined. She’s driven. She has a lot going on with her podcast and a lot going on and I think [love will] come when it’s time.”

Those two have definitely come a long way!

TELL US – DO YOU THINK JAX & BRITANNY WILL END UP GETTING MARRIED?