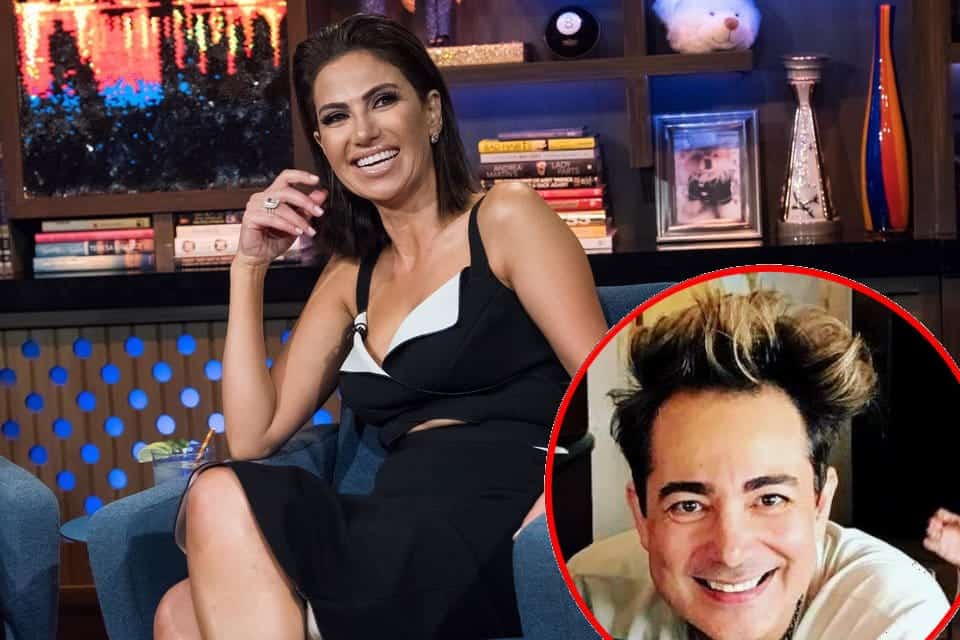 Real Housewives of Orange County star Peggy Sulahian made her first appearance on Watch What Happens Live this week during which she was given the opportunity to address rumors that she is homophobic.

The most shocking part of the allegation perhaps is the fact that it came directly from Peggy’s own brother Pol Atteu who has claimed the Bravo housewife tried to ban him from their father’s funeral this year simply because he is gay!

While Peggy vehemently denied her rift with her brother has anything to do with his sexuality, one person who isn’t buying it is Pol as he’s claiming in  a new interview that Peggy also banned him from his nieces and nephews for being gay.

“I just find it so heartbreaking that my sister Peggy still has not accepted me as a successful celebrity fashion designer that also happens to be a homosexual,” Pol’ states before going on to add that Peggy has also banned him from seeing her kids with husband Diko Sulahian.

“This past June, I posted a heartfelt message to my nine-year-old nephew Koko wishing him a happy birthday and she immediately deleted it,” says Pol, who is engaged to longtime partner Patrik Simpson.

“I thought that it was a mistake, so I reposted the same comment and took a screenshot of it,” he continues. “But she deleted it again and it is still deleted!”

Peggy and Pol have been estranged for almost 20 years leading up to to their father’s death in December of 2016.

In addition to Pol’s claims that Peggy tried to kick him and his parnter Patrick out of the funeral, he also alleges his sister didn’t tell him that their father was dying until it was too late.

“At this point, my sister’s actions speak much louder than her words,” said Pol in response to Peggy’s denial.

“I thought she had matured and grown now that she had children of her own and would realize the importance of siblings,” he stated, adding, “Clearly I was wrong.”

As for Peggy, she admitted the rift with her brother but states his sexuality has nothing to do with it.

When asked why they are estranged, Peggy responded:  “It’s a private family affair and that’s just what it is.” She also implied that her brother is someone that is seeking the spotlight.

TELL US – DO YOU BELIEVE THE CLAIMS BY PEGGY’S BROTHER?