RHONJ’s Teresa Giudice Admits She Banned Melissa from Visiting Her In Prison, Says She Will Never Forgive Jacqueline! 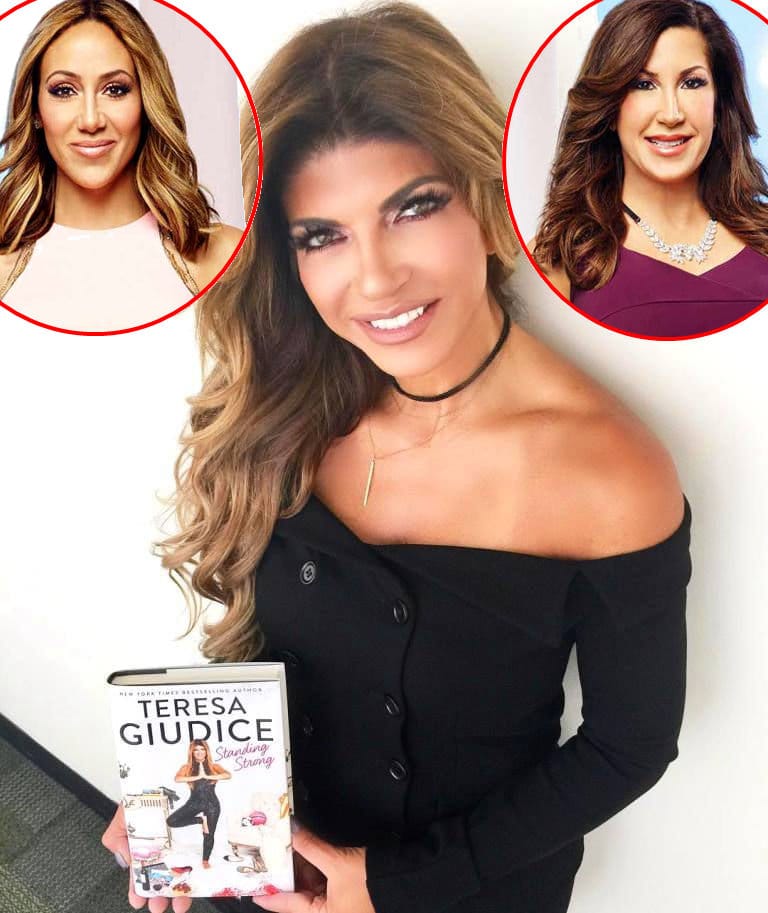 Teresa Giudice is coming clean in her new memoir Standing Strong when it comes to her relationship with sister-in-law Melissa Gorga, and former friend Jacqueline Laurita.

It is common knowledge that the Real Housewives of New Jersey star went to prison for 11 months due to numerous charges including bankruptcy fraud. However during her 11 month stint in prison, her brother Joe Gorga was able to visit her while Melissa wasn’t able to.

When asked about it back then, Teresa, 45, claimed it was simply because the prison she was at didn’t approve Melissa, 38. However, she is now singing a new tune in her new book as she admits she lied, and she was actually the one who banned Melissa from visiting her! Yikes.

“I was still too angry with her for everything that had happened between us,” Teresa admits in her book referencing that she was unhappy with how Melissa questioned her and Joe’s legal issues.

“I kept saying she didn’t get approved,” adds Teresa. “But the truth was that at that time, I really had no desire to be in her presence, especially considering where I was.”

Teresa also opened up about Jacqueline, her former friend and RHONJ castmate. Teresa reveals, not surprisingly, that she will never forgive Jacqueline following their failed attempt to reconcile on the last season of the show.

“There are things and certain people I will never forgive, and Jacqueline is one of them,” writes Teresa. “She intended to hurt me, and as a result, she hurt my family. She manipulated and schemed behind the scenes, stirring the pot the whole time. She is a master at that. I gave her a lot of freaking chances, and in the end, the things she did were unforgivable.”

Teresa goes on to claim that Jacqueline “plotted to destroy [her] life” by spreading rumors about her and attempting to turn Teresa’s friends against her.

Jacqueline is however in good company as Teresa also slammed her cousin Kathy Wakile stating she is “disgusted” with her for not making it to her mother’s funeral due to a vacation. Teresa’s mother passed away earlier this year.

Moving on to the new season of RHONJ which premieres tonight at 9/8c on Bravo.

As for what we can expect on the season opener, Teresa struggles with the loss of her mother with her friends planning a weekend getaway to Boca Raton, FL.  Dolores‘ ex-husband moves back in, Siggy introduces newbie Margaret Josephs to the group, and tensions flare when Danielle Staub makes her return.

TELL US – WHAT ARE YOUR THOUGHTS ON TERESA’S COMMENTS ABOUT MELISSA & JACQUELINE?