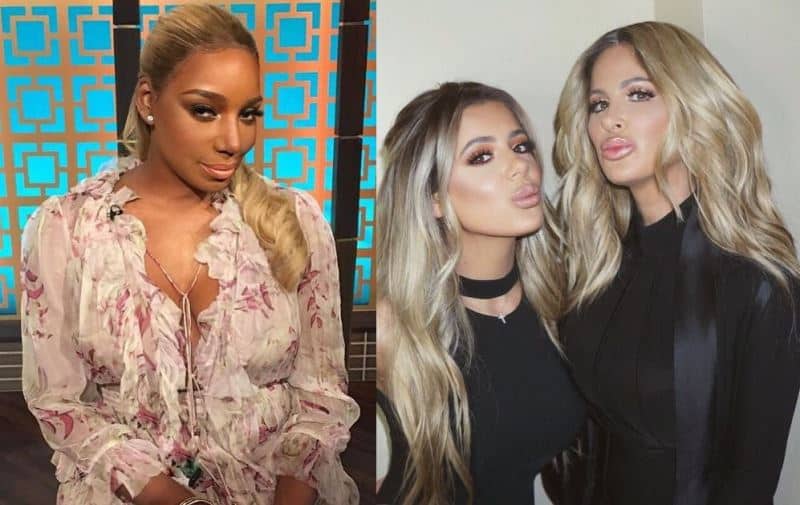 Nene Leakes unleashed a vicious attack on Kim Zolciak yesterday during which she even stated she had “trashy potty-mouth children”, and today she is taking on Kim’s daughter Brielle Biermann!

In fact we now know what set off the Real Housewives of Atlanta star, and it all has to do with a video Brielle took while visiting her home!

RHOA is currently filming and apparently Nene hosted an all white party back in July. Kim attended and brought Brielle along with her, and during the party Brielle shot a video (posted below) in Nene’s guest bathroom that showed a bug crawling on the floor.

Here’s the video that’s got @NeneLeakes so pissed! Brielle posted this video in Nene’s bathroom during her white party and her mom @KimZolciakBiermann is sending it around saying Nene lives in a “roach nest” (WhereDayDoThatAt?) FULL story on StraightFromTheA.com (LINK IN BIO) – https://t.co/z6p0zhTJYW #straightfromthea #atlien #atlanta #kimzolciakbiermann #kimzolciak #briellebiermann #neneleakes #rhoa #rhoax

Kim then shared that video with some of their castmates in the past week claiming Nene had roaches in her home. However from looking at the video, it’s not even a roach but some other funny looking bug.

In her new Twitter rant, Nene OD’ed on the hashtags and didn’t mince her words!

She wrote, “@briellebiermann We don’t have roaches! If you found 1, u brought it with u or it fell outta yo funky pu**y! Please know I will get You all the way together when you start f**king wit me and mine! Go somewhere and let the air outta those fake lips, fake titties and fake ass because you will never be @kylejenner Yo trashy mama should have taught you better! My home is Brand New but you guys were so jealous of it, you couldn’t even give a compliment. You had to stoop so low and be so disgusting #racisttrash #jealous #KKK#thirsty you better run yo a** back to a child’s place #youwannaactgrown?” 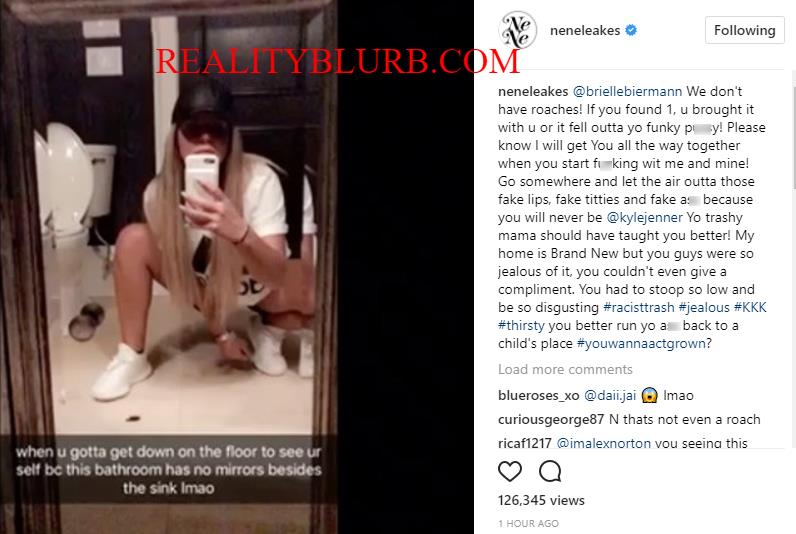 Nene was also responding to a post by Brielle had made moments earlier during which she once again made the roach allegation!

Brielle wrote to a fan who accused her of being racist: “i’m not calling BLACK people roaches! i found a roach in NENEs home! not calling her a roach dumb f**k. doesn’t matter if you’re black, white, hispanic, asian etc you can still have raoches in ur house if u don’t f**king clean ur s**t!!! #callorkinpls”. 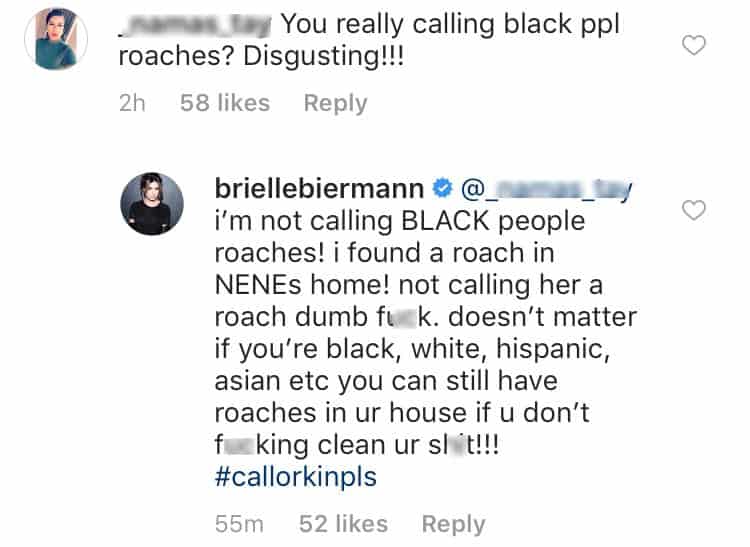 Ai ya ya. Kenya Moore also got in on the action as she has mostly remained quiet despite being slammed by Kim and Brielle numerous times. Brielle once called Kenya an “ugly b***h” while Kim has also claimed numerous times that Kenya’s marriage is fake.

Well Kenya took to her Instagram to repost Nene’s post from yesterday adding her own caption to slam both Kim & Brielle!

Things are definitely getting ugly in Atlanta. RHOA is also still filming so it’s likely we will get to see some of this play out on the show.

TELL US – THOUGHTS? WHOSE TEAM ARE YOU ON?!