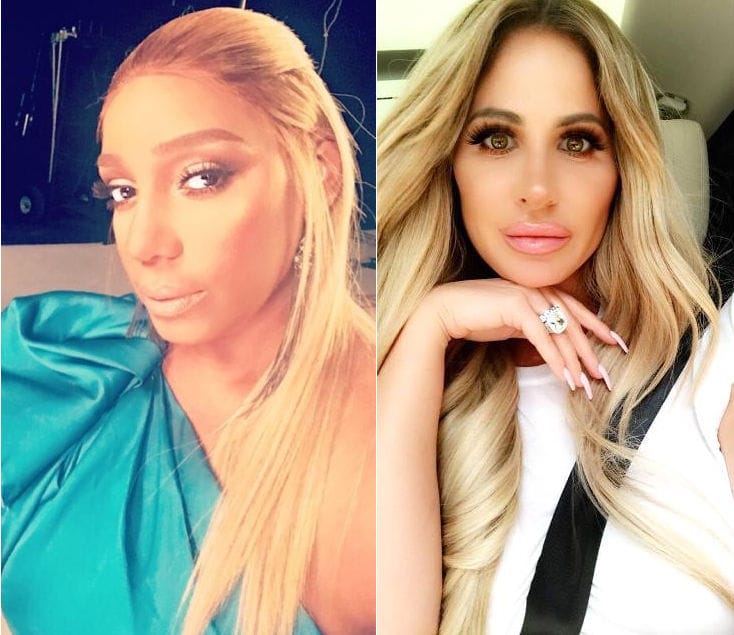 If you thought the drama between Real Housewives of Atlanta stars Nene Leakes and Kim Zolciak had ended, you thought wrong!

The ladies continued their beef late yesterday after Nene viciously slammed Kim’s daughter Brielle Biermann calling her “racist trash”, a Kylie Jenner wannabe and some other things we can’t even repeat!

Following that, Kim finally chimed in and responded to Nene.

Kim posted on her Instagram, “At this point I almost feel sad for you @neneleakes I had hoped for many yrs you would have seen the bigger picture but it’s evident you haven’t, I will continue to pray for you.”

It didn’t end there as that post included a lengthy screenshot of a longer message.

Of course Nene wasn’t going to let Kim have the last word as she then responded by stating Kim was the one who started the mess by sending a certain video to their castmates including Sheree Whitfield, Cynthia Bailey, and Kandi Burruss.

See Nene threw an all white party back in July at her home and Kim attended bringing Brielle as a plus one. At some point during that party Brielle went into the guest bathroom and filmed a bug crawling on the floor. Brielle referred to the bug as a roach even though it wasn’t, as it appeared to be some sort of flying ant.

This was back in July but it seems some recent drama went down between Nene and Kim (it’s rumored Nene & other RHOA cast-members asked Bravo not to allow Kim to come on the cast’s recent trip to Spain complaining that she had been showing up late to events and bringing her family around constantly).   So Kim stayed back while Nene went to Spain with the cast. At some point during the trip last week, Kim sent the roach video to the others, which set Nene off.  Nene posted the video which is below –

Nene then took to her Instagram once again to respond to Kim.

She wrote, “SWIPE: my cast @cynthiabailey10 @kandi @[email protected] @shereewhitfield all know I’m telling the TRUTH abt how they got the video. @shereewhitfield invited Kim as her plus 1. The rest of her family wasn’t invited at all. They all can tell you except Porsha & Kandi that I was overly kind to her and everyone that attend my party”. She has since deleted her post but of course we took a screenshot which is below.

At this point, things seemed to have cooled down. And as we have previously reported, RHOA is still currently filming so it’s likely we will get to watch this drama play out on screen as well.

TELL US – THOUGHTS ON THE LATEST? DO YOU THINK KIM IS RACIST? OR IS NENE OUT OF LINE?