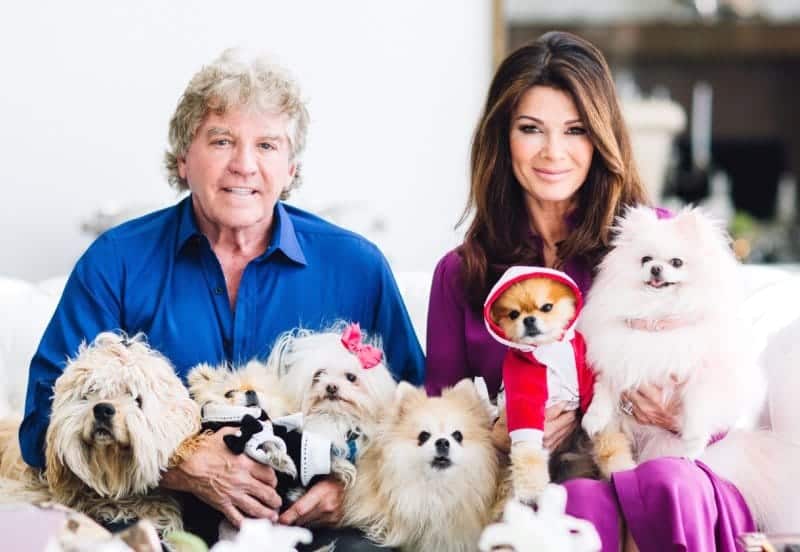 Lisa Vanderpump is still in mourning following the death of two of her beloved dogs in a span of nine days.

The Real Housewives of Beverly Hills star is now opening up about her sad loss.

Lisa, 57,  made her first public appearance after revealing that her second Pomeranian Pikachu passed away earlier this week. That followed the death of Pink, Lisa’s 5-yr-old dog that suddenly died a week earlier.

The Bravo reality star was attending the premiere of her documentary, The Road to Yulin and Beyond. All of Lisa’s RHOBH costars were in attendance as it appears the event was filmed for the upcoming season (pictures are below).

“To even talk about that right now — having lost two of my dogs in just a few days has been unbelievable. At this time, it’s difficult to do it,” said Lisa to Us Weekly.

“We’re trying to create a humane environment for dogs everywhere,” continued Lisa. “It is important for us to be here, and I thank everybody else for coming out and supporting this short documentary. But it’s been a wonderful year as well because the Vanderpump Dog Rescue Center has already adopted out, I think, 250 dogs from the kill shelters.”

On Thursday, Lisa shared a sweet tribute to Pikachu in an Instagram post.  “Rest in peace my sweet Pikachu, we will miss you so much… Such sadness at your loss ?,” wrote Lisa.

“It was unfortunate timing to lose two of our furry children in six days. Pikachu was suffering the last few days so it gave us some solace when he passed,” she said in a statement days ago. “The carers at VCA treated him with love and compassion and he is now at rest. In light of recent tragic events, it makes me appreciate even more the huge comfort that our beloved pets give to us in this very sad world.”