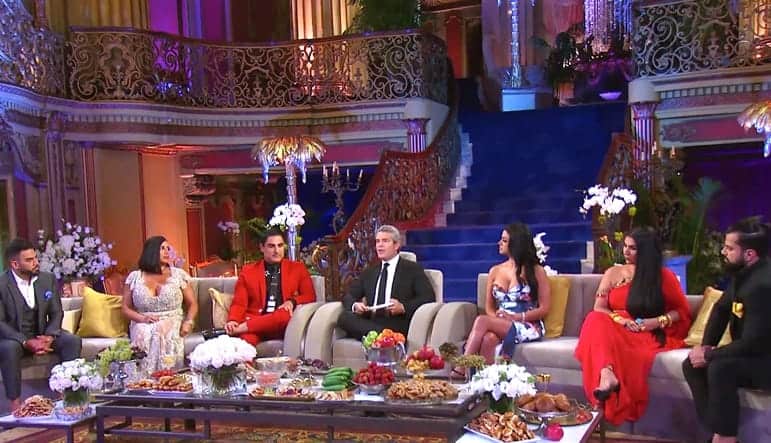 Asa Soltan Rahmati slams her castmates on the upcoming Shahs of Sunset season 6 reunion, and it’s over the comments they have made about her baby!

In the video preview, posted below, host Andy Cohen asks,“Asa, did you go through IVF?”

Asa also addresses MJ for calling her child a “bastard” because he was born out of wedlock.  “What you said was disgusting, and it crossed the line, and it’s straight-up evil,” said Asa to MJ.

There was more drama when GG’s on-again off-again husband Shalom Yeroushalmi took the stage as some of the cast wondered if he was just using GG.

“I get the impression that he’s an opportunist,” says MJ while Andy asks him straight up, “Were you interested in GG for a green card?”

GG and Shalom got married back in January though they split just two months later in March with GG filing for divorce. While the couple is back together today, GG has accused him in the past of using her and just being with her to get a green card. In fact it was reported just weeks ago that Shalom responded to GG’s divorce petition by requesting spousal support.

More juicy issues will be addressed as Raza implies he has been unfaithful to his husband Adam Neely who also drops a surprise about their marriage! MJ and boyfriend Tommy Feight discuss their relationship drama as he reveals he likes her mom Vida more than he likes MJ which leads to her walking off the stage.

Mike will also be discussing his current relationship status with ex-wife Jessica Parido; and Shervin talks his infidelity rumors when it comes to his Australian girlfriend Annalise Carbone who makes an appearance via video chat.