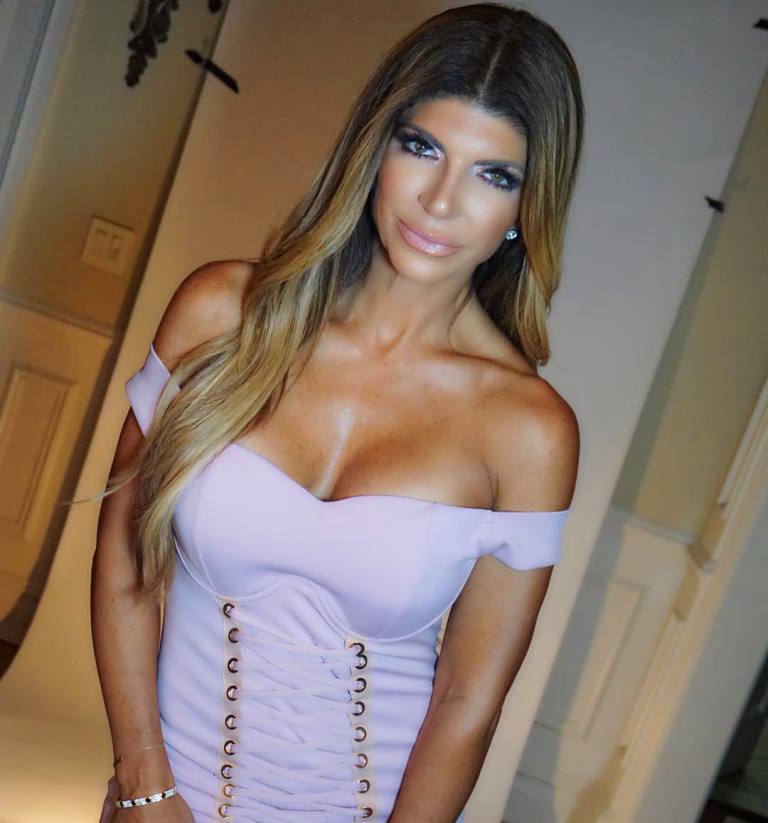 Teresa Giudice has hinted in her new memoir Standing Strong

that she is upset with currently incarcerated husband Joe Giudice for leaving her with 4 kids and a lot of debt, but are her money issues actually worse than she’s letting on?

According to a new report, the Real Housewives of New Jersey star finds herself in a “desperate” financial situation, and is even worried she might not be able to afford college for her daughters.

“Teresa is flat broke and she spends all of her money on her cars. She doesn’t know how she’s going to pay for college for the girls,” an insider close to the ex-felon, who was once $13 million in debt, revealed to Radar Online.

“She is pretty desperate,” the source adds.

Radar also reports that there is a silver lining in all of this as most of Teresa’s RHONJ castmates went easy on her this season due to Joe being in prison, and her mother’s recent death.

“No one attacked Teresa this season because she’s so fragile,” the insider states. “After her mom died and Joe being away they didn’t want to victimize her anymore.”

TELL US – DO YOU BELIEVE TERESA IS TRULY BROKE?