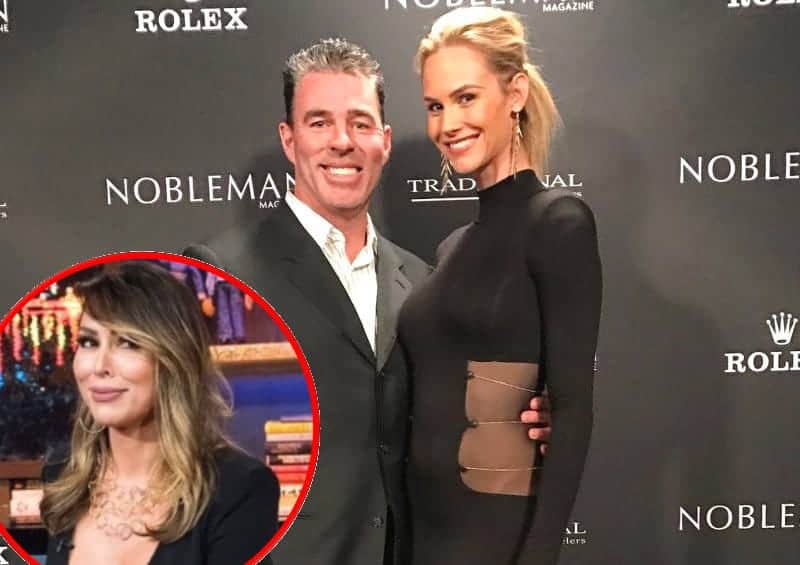 Days after Kelly Dodd made the bombshell claims that Meghan King Edmonds was once a mistress to her husband Jim Edmonds while he was still married to his ex wife Allison, Jim is now responding and slamming Kelly!

Real Housewives of Orange County star Kelly isn’t backing down either as she’s also responding to Jim’s comments about her… by making more shocking allegations.

“I don’t pinpoint her stuff out when she was having an affair with Jimmy when he was married to Allison,” said Kelly in an interview earlier this week. “I don’t put that stuff out there. Sorry, spilling the tea now.”

Speaking to E! Online, Jim is responding by denying any affair occurred with Meghan.

“I think it’s ridiculous first of all and second of all, we have a family and to sit there and say that [Meghan] was my mistress is beyond crazy,” Jim states. “This is the first time I’ve ever said anything to anyone but I just can’t deal with the bulls–t lies anymore. ”

The former MLB player adds, “I’m 100 percent sure she’s fully aware that she’s making up lies and the information she got was incorrect.”

Jim didn’t end there as he reveals there should be consequences for Kelly’s actions. Umm lawsuit?!

“I just think that there should be repercussions for people who make up flat-out lies just to put themselves on TV because they have nothing better to say. I am tired of listening to Kelly’s lies,” says Jim. “I’m tired of her trying to make herself look better at the expense of everyone else. I’m just trying to do the right thing and protect my wife and my family.”

Jim also appears to unintentionally reveal that Meghan is trying for a second baby when he mentions she has “IVF stuff” happening.

He continues, “I’m not looking for publicity, I just can’t let my wife sit there and be killed and have to worry about this bullsh–t when she has a baby and all this IVF stuff going on.”

Jim closes out the interview by saying Kelly needs to get a life and mind her own business.

“Her relationship is completely a disaster. She’s filed for divorce and moved out and was having her own situations. I think she should worry about her own damn self,” Jim explains. “If you’re going to spread rumors about somebody, they better be true or you should have to pay some consequences for spreading lies.” Ouch!

Of course Kelly wasn’t going to just sit back and take this as she took to her Twitter to make numerous responses, first by tweeting an odd photo of Jim and a teammate during his baseball playing days. Some have referred to her post as homophobic but honestly, I simply don’t get it!  A screenshot of that tweet is below – 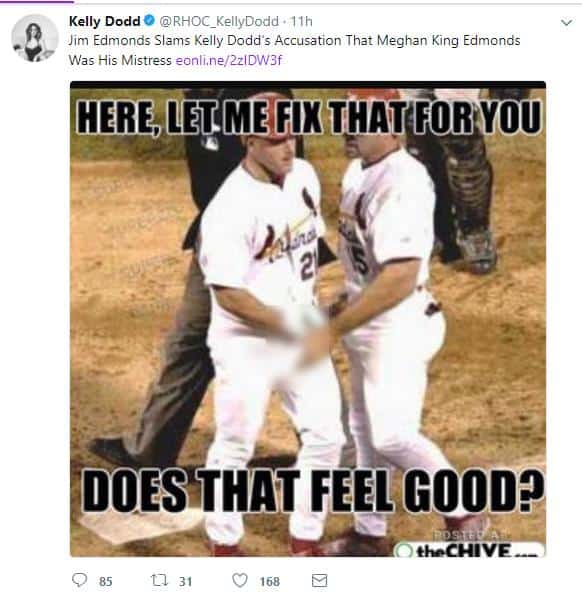 When a fan tweeted to Kelly that Jim should be worried about other rumors coming out, she responded back by writing, “Ask his ex wife Alison!! He has kids all over the place give me a f**king break.”  Yikes!

Another fan tweeted Kelly warning her to be careful about what she’s saying at the risk of getting sued, Kelly tweeted: “Well I will counter Sue for her bringing up lies!! Good luck with that!”

She was then asked what was the proof they had an affair, and she tweeted back: “His ex wife.” Those screenshots are below. 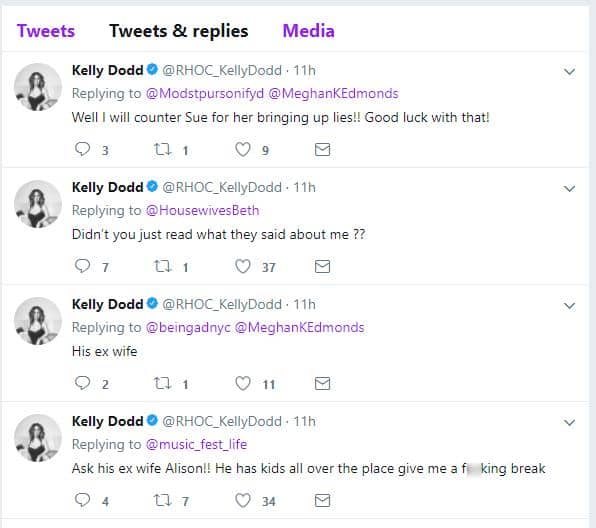 So there you have it. This comes just days after Kelly had to issue a retraction and an apology for making a shocking claim about Dr. Terry Dubrow on Watch What Happens Live earlier this week. Seems like someone hasn’t learned their lesson!