VIDEO: Teresa Giudice Slams Sofia Vergara! Calls Her an “Immigrant” Who Should Be Nicer 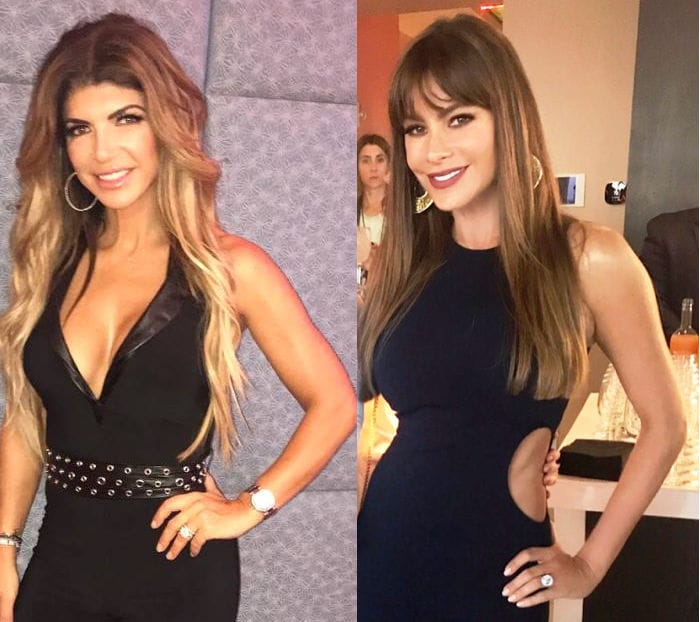 Real Housewives of New Jersey star Teresa Giudice finds herself in some hot water today over some comments she made about actress Sofia Vergara!

The reason? Some are referring to those comments as xenophobic or downright racist.

TMZ leaked a video (posted below) of Teresa, 45, at a “Gettin Real With The Housewives” panel event last week during which she took the stage to talk about her celebrity experiences.

The topic turned to a media event she recently attended and Teresa took that opportunity to slam Sofia saying she wasn’t nice and acted like a “b***h” when she met her because she didn’t want to take a picture with her.  Sofia committed an even bigger crime when she then stepped in front of Teresa for the picture.

Things however took a turn for the worse when Teresa stated that Sofia should have been nicer to her, you know, due to her immigrant status! For reals.

“I hate to say it you know cause I’m Italian and she’s Colombian but she has more of an accent than me,” said Teresa on stage. “You would think she would be nice because you know she’s an immigrant.”

Teresa added that Sofia made it very obvious she wanted no parts of taking a photo with her! “This is what she said to her publicist, why are you making me take a picture with that woman?” stated Teresa.

The good news is Teresa also met Jennifer Lopez who according to Teresa was very “sweet” to her. Whew!

You can watch the video for yourself below. This comes weeks after Nene Leakes recently got major backlash after telling a heckler she hoped they got raped by an Uber driver.

TELL US – ARE TERESA’S COMMENTS XENOPHOBIC?