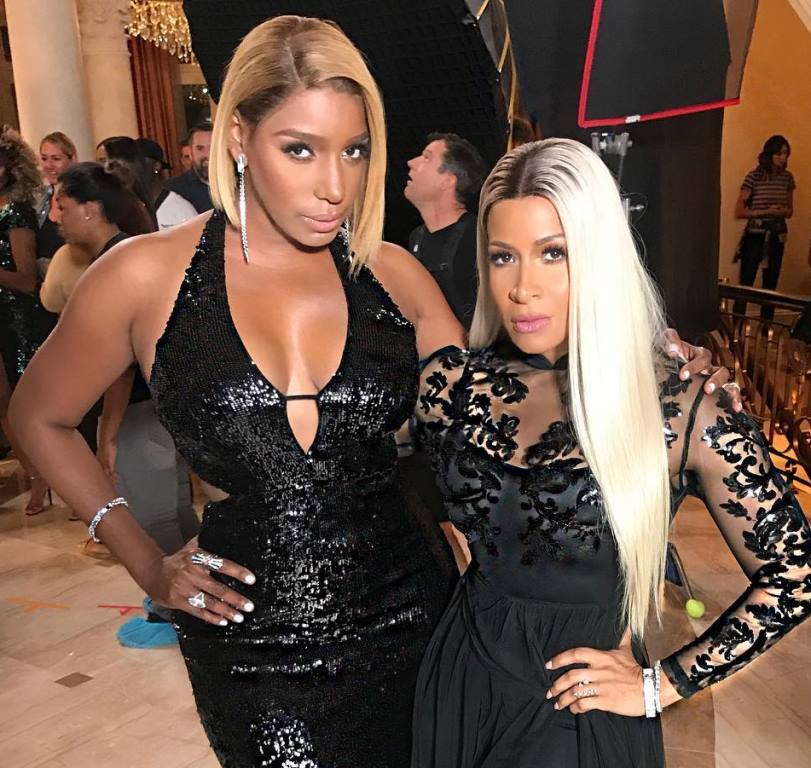 Real Housewives of Atlanta star Nene Leakes is receiving some major backlash this morning, perhaps well deserved, for a controversial comment she made during a recent stand up routine.

In a video (posted below) shared online by a fan, Nene was doing a stand up comedy show in Oakland on Saturday night during which some members of the audience started boo’ing her.

She then responds to a female heckler stating she hoped that audience member got raped by an Uber driver, which led to more boos. Wowzers.

“I hope he rapes your a** tonight when he takes you home b***h,” said Nene to the heckler.

This comes just days after she slammed her castmate Kim Zolciak and her daughter Brielle Biermann. Nene called Brielle “racist trash” for posting a Snapchat video falsely claiming she saw a roach crawling at her home (it was an ant and not a roach). She also attacked Kim, calling her “racist” as well and saying she has “potty-mouth trashy children”.

Kim later put out a statement defending herself. She denied being racist and accused Nene of playing the race card against her whenever they are not getting along.

While Kenya Moore, who has also been on the receiving end of many attacks by Kim & Brielle, joined in to slam Kim, it now seems two of their castmates Sheree Whitfield and Porsha Williams are showing their support for Kim amidst the feud.

Sheree took to her Instagram on Friday night to promote Kim’s spin-off show Don’t Be Tardy which premiered on Bravo that night. She wrote, “#DontBeTardy season premiere TONIGHT! ?? 8/7c on @bravotv! You don’t want to miss it! Back to back episodes!!”  A screenshot of Sheree’s post is below – 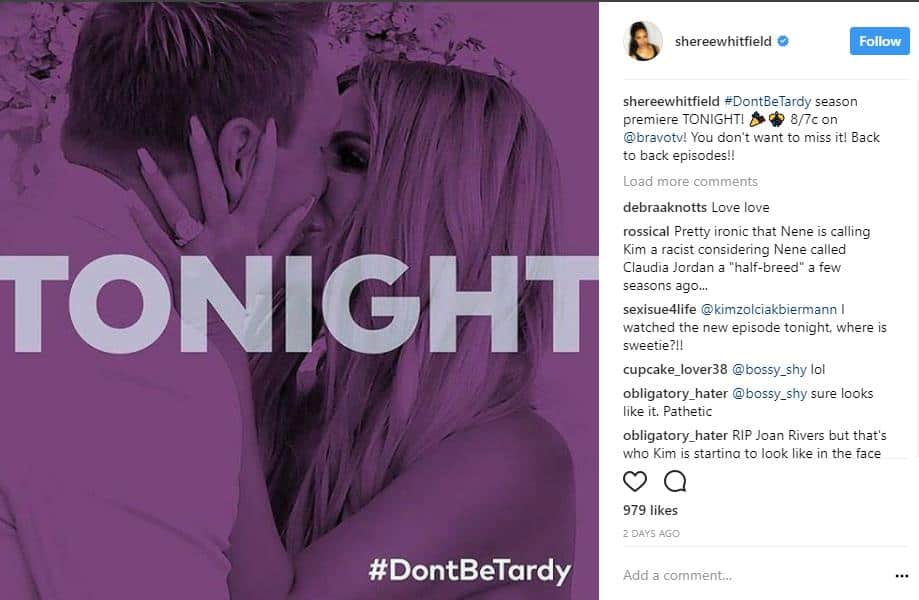 Porsha also did the same as she asked her fans to watch Kim’s show. Porsha however deleted her post moments later for reasons unknown.

The video from Nene’s stand up show is below. WARNING – It contains foul language.

UPDATE – Nene has issued an apology for her comments. She says in a statement: “I truly regret and apologize for what I said from the stage in Oakland over the weekend. Sometimes words can cut deep and hurt when you have no intentions of them doing so. As a woman and someone who has survived abuse, I regret the words that I used. I made a mistake and I should have known better. I hope people accept my deepest and sincerest apologies. I am sorry.”