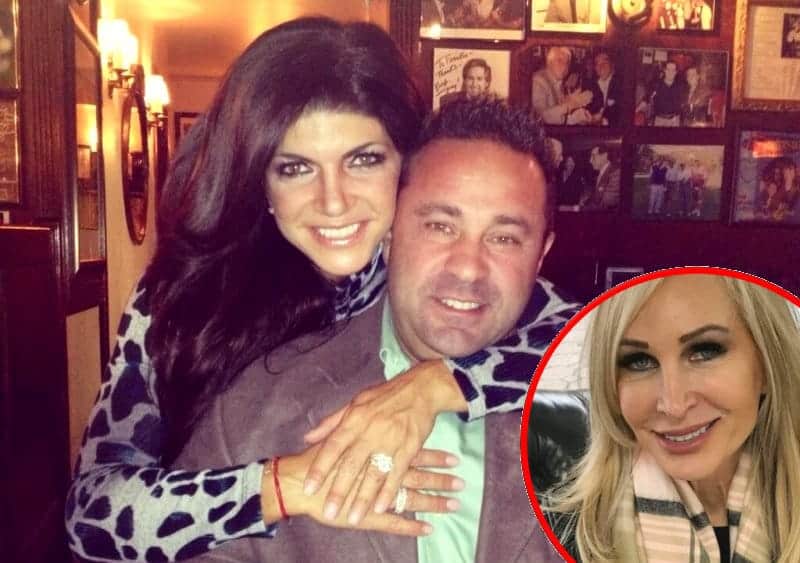 According to a new report, things are getting icy between Real Housewives of New Jersey star Teresa Giudice and her currently incarcerated husband Joe Giudice.

How bad? Well Teresa, 45, is apparently so fed up with Joe that she has stopped taking his phone calls while he serves a 41-month prison sentence for fraud! Yikes.

“Joe has been more and more verbally abusive to Teresa over the phone,” reveals an insider to In Touch Weekly. “He’s been angrily calling Teresa at home, but she’s been dodging his calls.”

“She has said, ‘Enough is enough. I don’t need to put up with this,’” the insider states. “All Joe ever does is bring Teresa down and complain about how miserable he is in prison.”

The sources go on to add that as the days go by, Teresa is starting to feel like she’s better off without Joe.

“If she had lost her s–t on Joe at any point while she was in prison, she knew there would be a risk that he would go off the rails and stop taking her calls,” the source says of hotheaded Joe, 45. “So she had to remain positive and upbeat the entire time.” However the tables have now turned. “Joe was so controlling,” adds the source. “Teresa feels free with him in prison.”

Teresa’s former friend Kim DePaolo aka Kim D. however sees things differently as she is claiming Teresa has a boyfriend on the side while Joe remains locked up.

In fact, this will became a major storyline on the RHONJ this season when Teresa and Kim D. almost come to blows over the cheating rumors.

In a new interview with Radar Online, Kim D. reveals how Teresa confronted her and her friends during the infamous annual Posche Fashion show.

“This season during filming producers came to me and said they caught Teresa sending texts to a guy, over and over again. She was sexting him. So there was a huge brawl that night. Teresa was screaming at Lena, the girl that does my hair, because I told producers Lena knew about Teresa and the guy,” says Kim D.

Teresa was also upset that a model from Kim’s fashion show claimed to have seen her with this mystery guy.

“The producers didn’t know the model was going to say she saw Teresa with the guy. So she gets furious. Teresa calls me a piece of sh*t coke wh*re and she calls me white tr*sh,” she reveals.

In an interview with Us Weekly earlier this summer, Kim D. went into details about the affair allegations involving Teresa and her rumored boyfriend who is described as a New Jersey businessman.

“They’ve been pretty cozy I’m going to say in the last five months,” said Kim D. though she makes it clear she doesn’t have a problem with it because Teresa’s husband Joe has stepped out on her multiple times during their marriage — a claim both Teresa and Joe have denied.  “I think Teresa has every right to go out and find somebody else. She should leave Joe.”

As for Teresa, she did deny the boyfriend accusations in an interview back in September. In the same interview she also mentioned her uncertainty when it comes to her future with Joe.

TELL US – THOUGHTS ON TERESA AVOIDING JOE’S CALLS? DO YOU BELIEVE SHE’S CHEATING?