Home Real Housewives of Orange County News PHOTO – Shannon and David Beador Hang Out Amid Divorce, Plus Daughter Rushed to the Hospital

PHOTO – Shannon and David Beador Hang Out Amid Divorce, Plus Daughter Rushed to the Hospital 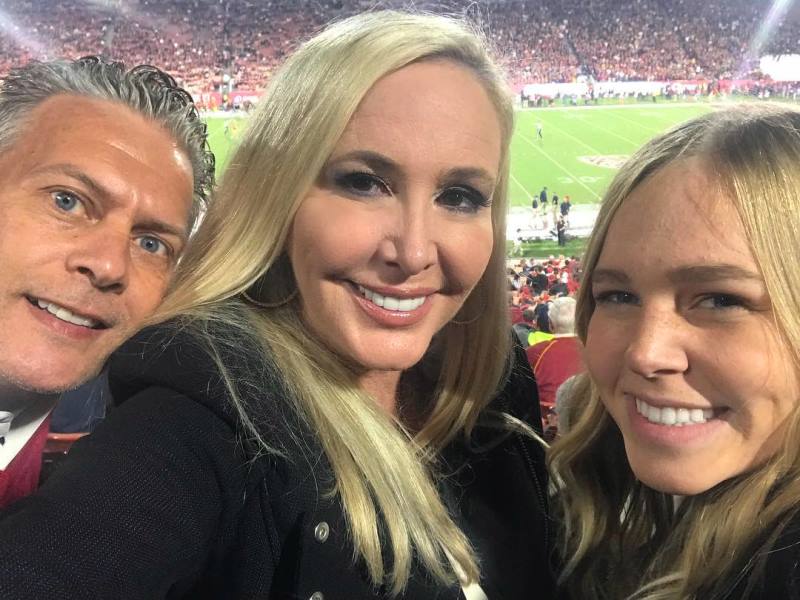 Shannon Beador is not only spending time with her soon to be ex-husband David Beador, but she’s also clapping back at those who have something negative to say about it!

The Real Housewives of Orange County star shared the above photo of herself and David at a football game with one of their daughters, just two weeks after she publicly announced they had separated. She also had some words for those who were criticizing the exes for coming together for the sake of their kids.

Shannon, 53, posted the photo on her Instagram with the caption: “Go Trojans! ✌️❤️✌️❤️ Still a family outing! ??? And for those that have negatively commented, it’s all about my kids. Have a nice night.”

Shannon has previously stated that her kids played a big role in why she finally chose to end her marriage following 17 years.

“As a mother, I want to be a good role model for my daughters,” Shannon explained. “Three years ago I was proud of what I showed them, because I fought for keeping my family together after infidelity. As the last year went by, it’s been extremely difficult and painful to watch the show, because clearly I was in denial about what was going on in my marriage. I was taking things out on other people instead of at home. … As a mother you keep thinking about your daughters and you have to say, ‘This is an unhealthy environment.’ Not only is it unhealthy for me, but it’s unhealthy for my girls, too. They deserve a happy and joyful home, and I am providing that for them now.”

Meanwhile, the family also suffered a health scare after one of the Beador daughters, Stella, had to be rushed to the hospital following an injury while playing sports.

Shannon shared the news via social media. She posted a photo of Stella at the hospital with the caption, “Stella hurt her wrist tonight at her basketball game, but not before making the winning 3 point shot! ?? She was not happy that I️ came in the X ray room at the urgent care, but wanted to make sure they used a low radiation! ? Grateful she didn’t break anything!!!? Just a bad bruise! #kidsinsports#alwayssomething #blessedshesok#stellaistough ❤️””.

TELL US – GOOD OR BAD IDEA TO SPEND TIME WITH YOUR EX ALONG WITH YOUR KIDS?