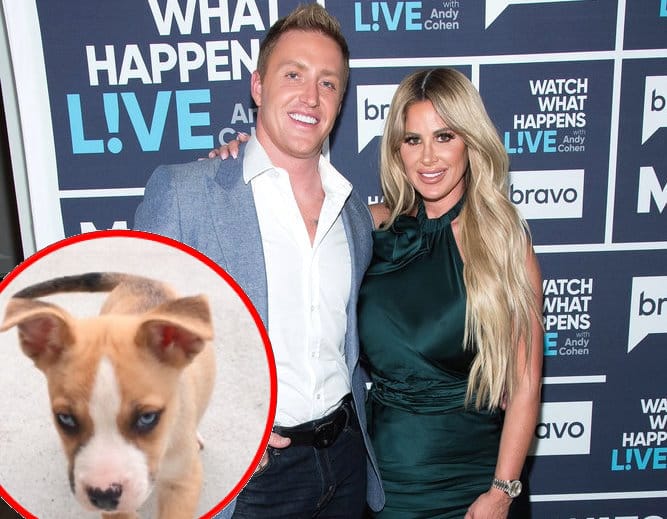 Months after a dog attacked and bit their son, Kim Zolciak and her husband Kroy Biermann are finally admitting it was Kim’s Dog Sinn, plus they are also speaking out on why they chose to keep the dog. Kim, 39, had previously refused to name the dog since the attack happened.

In a new interview, the Don’t Be Tardy couple first recalls the nightmare they faced on April 22 when Sinn bit their then 4-yr-old son Kash, and nearly blinded him.

“It was a like a bad dream,” Kim tells PEOPLE of the bite which kept Kash in the hospital for 4 days, as the scratch was a millimeter away from his eye. “Our dog Sinn is heavily, heavily trained. Kash is his favorite. It made absolutely no sense to any of us. This is nothing I ever thought I’d be dealing with in my life.”

While Kim shared news about the bite after it happened, much of the details surrounding the incident have been unknown until now. On the upcoming episode of their show, Kroy, 32, discusses the events leading up to the bite as he was in the backyard using a leaf blower while their two sons, KJ, 6, and Kash were playing around.

“Sinn doesn’t like the blower, so he’s already in high alert,” Kroy recalls. “My back was to the dogs and the boys. I hear Kash be loud, and then I hear barking. And then I hear Kash screaming, he’s crying very loud. At that point I think he’s scared, but then I realize Sinn bit Kash. He’s dripping blood everywhere on his shirt. He pulls his hands down and there’s multiple lacerations, I can’t see his eye. I knew it was a very dire emergency.”

Following the attack, the couple was then faced with the tough decision of what to do with the dog. With Kash in the hospital, Sinn’s trainer removed Sinn from the home while Kim and Kroy, who have six kids and four other rescue dogs, pondered what to do.

“I hated Sinn,” reveals Kroy, whose first instinct was to get rid of him. “I genuinely felt a deep rage for what he had done to my son. Sinn was always a good dog, extremely obedient and protective and not at all aggressive. He’s hyper-active and hyper-sensitive but wants to work and loves to be commanded. I love my dog, and nothing like this had ever happened to me before. But it’s my son. I don’t love anything more than my flesh and blood. I thought, ‘I don’t want to see the dog — he doesn’t get a second chance.’ ”

Ultimately they chose to keep Sinn after claiming to have spoken to close to a dozen behavioral specialists, child psychologists and dog-bite survivors. Another factor was taking into account how much Kash loved the dog, in addition to not wanting him to develop a phobia of dogs, and wanting to help him understand it wasn’t his fault. Kroy also adds that upon examining the security footage, he realized it wasn’t an attack, but rather a bite.

The Biermanns state they spent time focusing on Kash’s moods and anxiety levels following the bite, and that their “super strong and positive” son seemed unfazed and was asking to see Sinn right after the attack.

Kim does add that if Kash ever had a change of heart and no longer wanted Sinn around, they would remove him from their home. “We love Sinn, he’s part of our family, but our children will always come first without a doubt,” says Kim.

When it comes to Kash’s health, he is said to be healthy and 95 percent healed today, and recently got a Pit Bull for his 5th birthday in August. The new episode of Don’t Be Tardy airs tonight on Bravo at 9/8c. 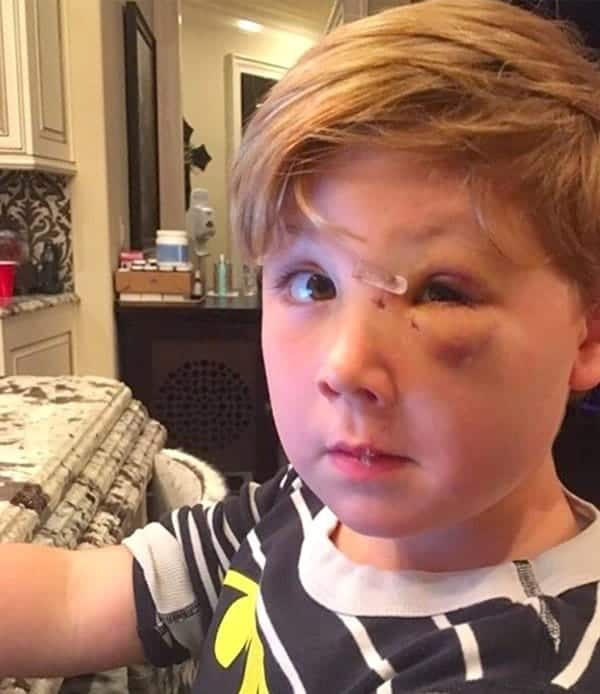 TELL US – DO YOU AGREE WITH KIM & KROY KEEPING THE DOG WHO BIT KASH?