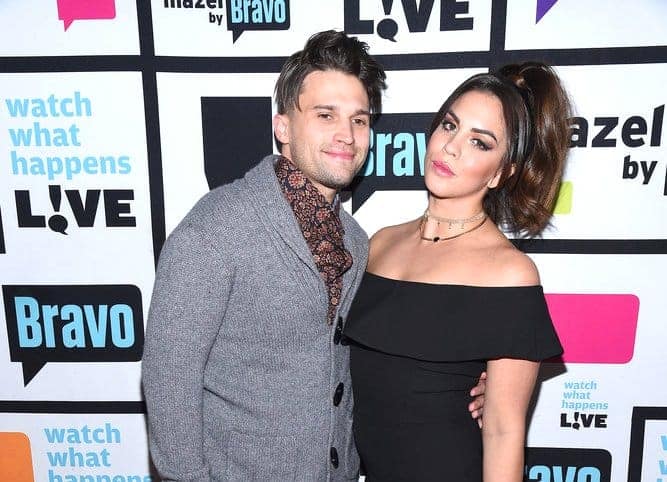 It’s been over a year now since they tied the knot, and Vanderpump Rules stars Tom Schwartz and Katie Maloney are coming clean on what married life is really like for them.

In a new interview, the couple discusses the strains in their marriage as they make it clear it is not a fairy-tale.

“We’re not happily ever after,” Tom, 35, told reporters at a recent NBCUniversal Press Junket. “We still have a lot of work to do.” Yikes.

Katie, 30, also chimed in adding: “We would be lying to ourselves if we said everything is great, but it is significantly a lot better.”

The couple then went on to tease what we can expect on the upcoming season of Pump Rules.

Katie added, “The future has become less hypothetical and more real. It’s been fun and excited and a lot less scary that I thought it would be.”

Good to know that it’s not all bad for them!

TELL US – WHAT ARE YOUR THOUGHTS ON TOM & KATIE’S COMMENTS?