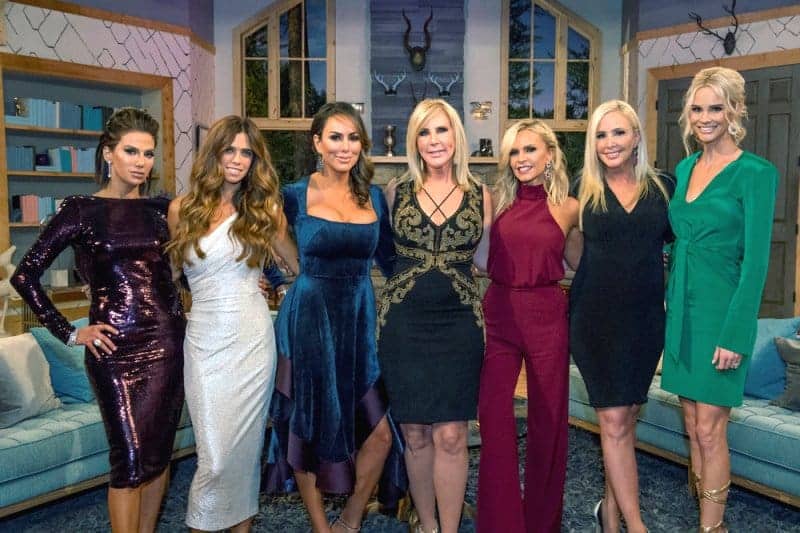 Bravo has just released a new video clip from the highly anticipated Real Housewives of Orange County reunion, in addition to the previously released trailer.

In this new clip, it’s Meghan King Edmonds vs Lydia McLaughlin as Meghan seems to attack Lydia’s faith, telling her to use her brain instead of turning to the Bible for wisdom.  Yikes.

Meghan’s anger stems from an event she hosted during the season with her psychic friend. In that episode, Lydia chose not to participate in the psychic reading due to her Christian faith.

That reunion preview clip is below –

In other RHOC news, Shannon Beador is apologizing to castmate Meghan and the reason might surprise you!

It all has to do with Shannon’s appearance on Watch What Happens Live this week. During her appearance, host Andy Cohen asked Shannon to name three people she got along with on this latest season of the RHOC.

Shannon named Tamra Judge and Kelly Dodd only. Which was a bit surprising considering she and Meghan were on good terms.

Well Shannon took to her Instagram page following her appearance to apologize to Meghan. She wrote, “Last night on @bravowwhl I was asked to name 3 people I got along on #RHOC. I answered Tamra and Kelly. I was a bit flustered and was picturing the couch across from me at the reunion and blanked out. Of course, not only do I “get along” with @meghankedmonds, I consider her a good friend. It was an emotional night last night talking about my current situation so I was a bit off. My sincerest apologies to my friend. ❤️”.

Her apology was accepted as Meghan responded: “Love you, Shannon!!! You are so sweet to do this; you didn’t have to at all!… Xoxoxoxo.”

TELL US – THOUGHTS ON SHANNON’S APOLOGY? IS MEGHAN RIGHT OR WRONG TO COME FOR LYDIA’S FAITH?