What Did Stassi Schroeder Say On Podcast About Sexual Harassment? Podcast Transcripts Revealed 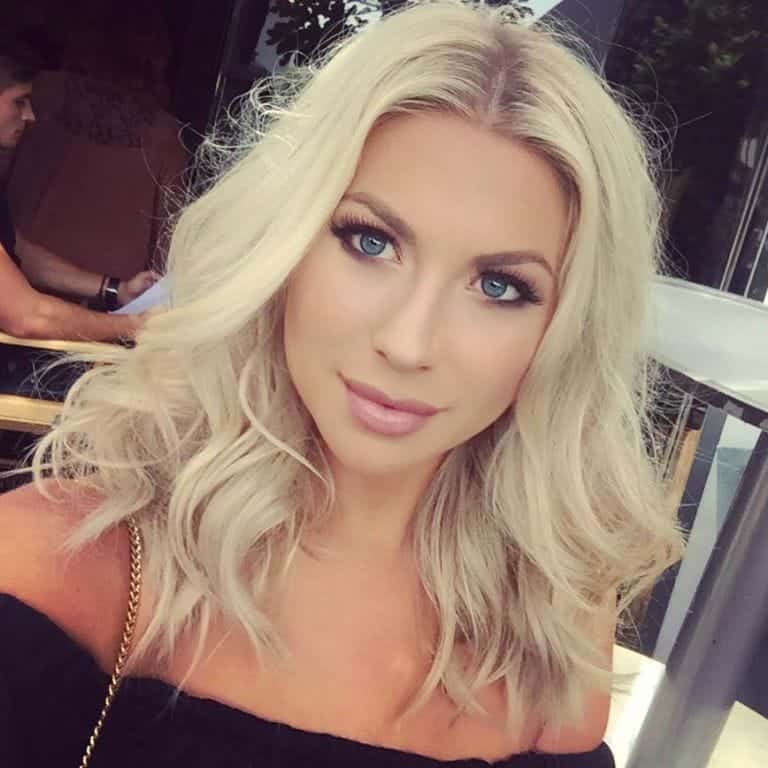 Vanderpump Rules star Stassi Schroeder continues to find herself in hot water following her controversial podcast episode titled “Are we on a male witch hunt? on her “Straight Up With Stassi” podcast series.

While the Bravo star deleted the podcast hours after she first posted it on Friday, she still lost most of her advertisers after people on Twitter started posting transcripts of some of the controversial comments she made about sexual assault and the #MeToo campaign which aims to shed light on sexual harassment.

Many people have been wondering exactly what Stassi said that caused her to lose her advertisers. Well let’s just say we were able to get our hands on the full audio of the episode which featured Stassi and her friend Jennifer Hoffner. We will however be posting only Stassi’s comments. Below are the highlights/transcripts of her most controversial statements from the Podcast –

First Stassi revealed her fears that with too many women coming out as victims, men in the industry will no longer want to be alone with her –

“What makes me upset about this is I feel like especially in Hollywood, because that’s the only industry that I know, women have come so far.  And I thought the pendulum was going to swing completely in our direction once the Harvey Weinstein thing happened. And now I see it going completely in the opposite, and it’s like we’re taking a million steps back because now a man is not going to want to be in the same room as me alone. They’re not going to want to joke with me anymore.”

“And I’m angry that now that men are going to be scared. I’ve noticed that certain men that used to ask me for lunch, like producers, people that are in the movie industry or TV industry, they would message me or like let me know that I liked that Instagram story or whatever – something like keep up the good work on this. You know we had a dialogue that was completely appropriate. They no longer message me. They no longer ask me to do anything… I think everyone is terrified. I think men are terrified right now.”

“A lot of them are more than willing to go to that hotel room. And I’m sorry, no one can make me suck someone’s d**k. I don’t understand. Like there are ways to get out of it. But I’ve been reading all these stories of women who were making out with this person and they were forced to go down on him. Sounds like he thought you liked it cause you were making out with him. But now years later when it’s now a trend to say #MeToo, you’re going to come out and say you were sexually assaulted? No it’s because you felt embarrassed that you did that.”

“I like paying, cause there’s so much power that’s exchanged with money. Maybe that’s why that’s never happened to us before because we both have this thing about us that I feel like people know not to mess with us. I like to believe that I’m hot enough to have someone be like ‘maybe I’ll try something’ (laughter). Again this is no offense to the victims. Like we’re on your side. But I just feel like every single day, it’s a new person.”

“I feel silenced about things. But sometimes you know what I felt silence about so many things that I will probably never ever say in public. I’ve never been sexually assaulted but like so many I have been silenced. I have had things come out on the radio and have it being taken down like literally like episodes of a radio show be taken down. And you know what, it’s like f**k it. It doesn’t matter. I don’t need to tear this person apart. Like it I don’t need to ruin this person’s life. I feel like people might think I’m being insensitive when I’m talking about people being silenced or saying get over it like no because I’ve been silenced so I understand it’s kind of a part of life that we have to deal with. Men have been silenced as well. We all go through times where we’ve been shown a dick we didn’t want to see. Or we’ve been silenced or had someone touch our a**.”

“My main two issues are that one — men that actually have not done anything are being accused and their reputations are being ripped apart. And they’re losing not just jobs but their careers are going down in flames. And they have families and their are other people like you said that are collateral damage, like the crew and other people. And then my second issue is that I want to be able to be alone in a room with a dude and not have him be scared of me. And I want for the men that I work with to still be able to joke and do all the things that they do normally.”

Lastly, Stassi believes HALF of the women claiming assault or harassment are liars –

“I really do believe that a lot of these people are victims but I think half of them are women who wanted to make their careers, they knew exactly what they were doing. They feel like s**t about it. And now it’s payback and they’re coming out. And because it’s also trendy. It’s fashion. It’s like a new handbag.”

So there you have it. When it comes to sexual harassment and assaults, Stassi’s two biggest concerns are the men and Stassi! Speechless I must say. We can’t post the audio here as we don’t have the rights to do that. As for Stassi, she finally decided to apologize after first denying she said anything controversial and taking a defiant stance. She took to her Twitter page hours ago to apologize for her comments.

She wrote – “My podcast is an outlet for me to share my unfiltered opinion with my listeners; but on my latest episode I crossed a line. It was irresponsible for me to make generalized statements about a very serious topic, such as sexual harassment, as it is not my place to speak about anyone else’s experiences. I apologize. I will continue to speak my mind on my podcast, but will put more thought behind my dialogue moving forward.”

TELL US – THOUGHTS ON STASSI’S COMMENTS AND APOLOGY?