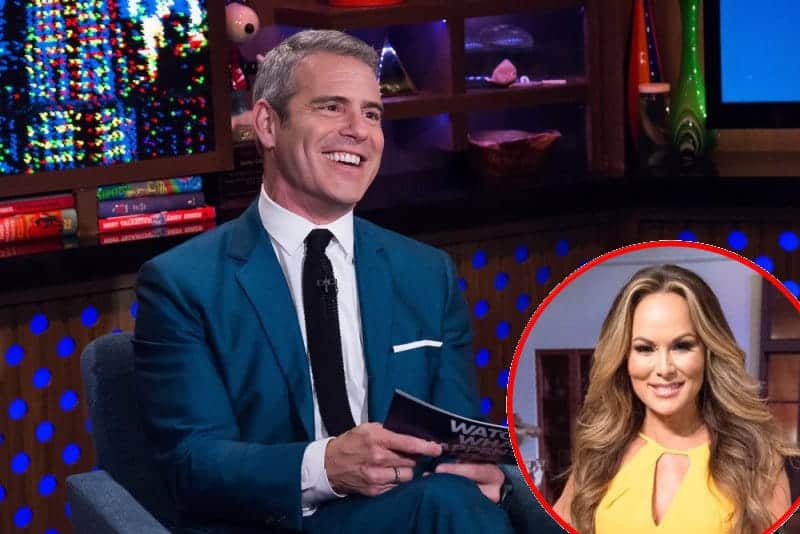 Tiffany, who starred on the first season of the RHOD, made a post on her Facebook page during which she warned women against becoming a Bravo housewife. She called the Bravo network “bottom feeders” who ruin and destroy the lives and marriages of women, and also accused Andy of laughing all the way to the bank at the expense of the housewives.

Tiffany wrote, “I’m getting texts and seeing FB posts that Bravo casting is looking for new women for Season 3 of RHOD. Hear me, ladies. If you just want to be famous and willing to jeopardize your marriage, family and brand/mission – go for it.  Bravo is a bottom feeder. People worship Andy Cohen. HA! He’s laughing at these women as he’s purchasing his next piece of NY real estate…”

Speaking to the Dallas Observer, Andy disagreed with Tiffany’s strong opinions… as expected. His stance is that while there is negativity on the show, there are also positive aspects to it.

“There is conflict on the show. I think if it was only one speed, if it was only about conflict, it would not have worked for the amount of time that it worked,” said Andy. “I think that the backbone of each of these series is friendship.”

“I think if you look at Stephanie [Hollman] and Brandi’s [Redmond] friendship, their friendship is something to aspire to,” continued Andy. “I think it’s one of the reasons people like watching the show is seeing the two real friends who’ve been friends for years and planned their kids’ birth around their friendship and being pregnant at the same time.”

Meanwhile, Andy also chimed in on the shocking reconciliation that occurred on the Real Housewives of Orange County reunion, when Vicki Gunvalson finally made up with Tamra Judge and Shannon Beador.

A Twitter user asked Andy what he was thinking during the moment the three ladies shared a hug. Andy tweeted back, “I was thrilled to see them breaking down their walls. It felt very real. It started w/ Vicki’s reaction to Shannon’s divorce.”

I was thrilled to see them breaking down their walls. It felt very real. It started w/ Vicki's reaction to Shannon's divorce https://t.co/0DFJ509inR

It will be interesting to see where the ladies stand once filming begins on the new RHOC season.

TELL US – THOUGHTS ON ANDY’S COMMENTS? DO YOU THINK THE RHOC HUG WAS GENUINE?