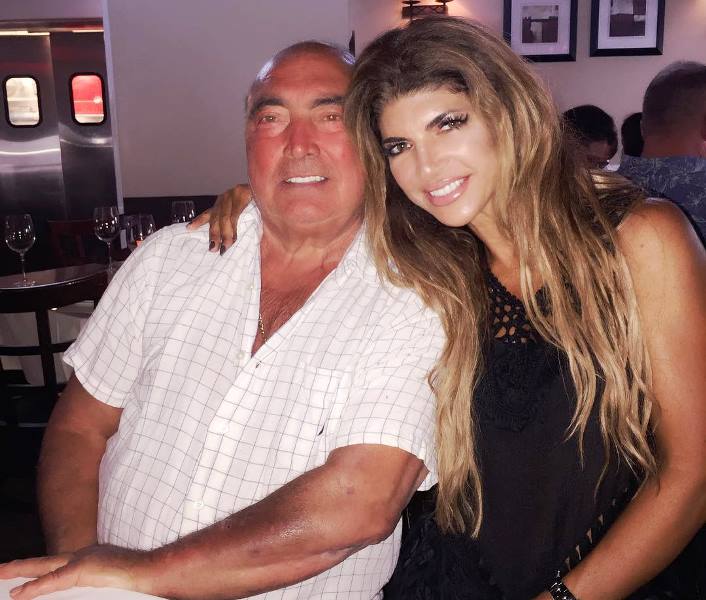 Teresa Giudice’s very difficult year continues with news that her father had to be rushed to the hospital.

In fact the Real Housewives of New Jersey star was scheduled to appear on Watch What Happens Live on Wednesday night but had to cancel her appearance due to her father’s illness.

Sources reveal that Teresa’s dad, Giacinto Gorga, 74, was transported to a local New Jersey hospital on Tuesday due to complications with pneumonia.

“He was rushed to the hospital,” added another source. “It’s so sad, he’s a great man.”

Unfortunately this appears to be a serious medical crisis as her dad was moved to the intensive care unit.  This led to Teresa’s decision to cancel her scheduled WWHL appearance in order to be by his side.

Danielle Staub ended up filling in for Teresa on the talk show, alongside Robin Lord Taylor.

This has to be devastating for Teresa who lost her mother Antonia Gorga earlier this year at the age of 66.  She has been very open about the pain of losing her mother on the show.

Teresa also recently revealed that some of her anger towards currently incarcerated husband Joe Giudice stems from the fact that her 11-month prison bid for fraud caused her to miss out on time with her mother. She feels Joe is to blame for all of their legal issues.

Teresa’s dad has also been having a hard time coping with his wife’s death despite moving into with Teresa and her four daughters.

Sending prayers and well wishes to Teresa and her family.

UPDATE – Us Weekly is reporting that while Teresa’s dad remains in the hospital, he is currently in “comfortable and stable” condition.