REPORT – Producers Forced Jax and Brittany to Get Back Together on Vanderpump Rules! 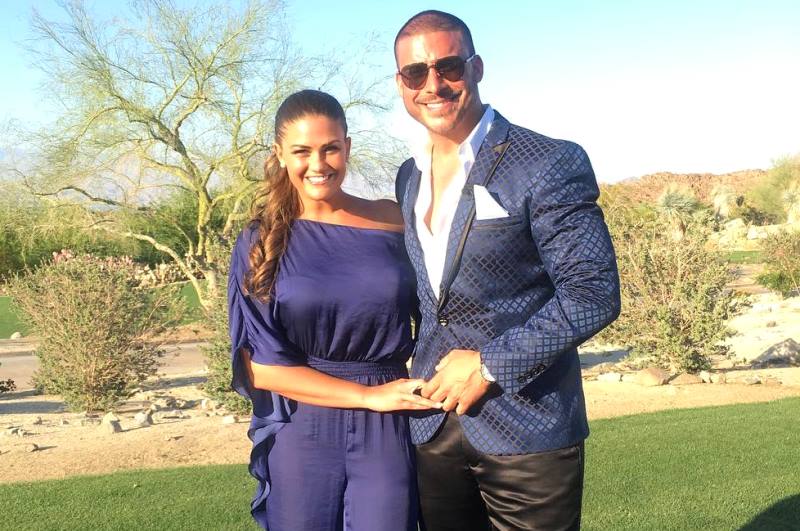 The latest season of Vanderpump Rules debuted this week with a big bang!

On the season premiere episode, former SUR server Faith Stowers dropped a bombshell when she revealed Jax Taylor had cheated on his girlfriend Brittany Cartwright with her. Even worse, she feared she was pregnant after revealing they failed to use protection.

IS VANDERPUMP RULES FAITH PREGNANT BY JAX? FIND OUT NOW!

Fast forward to today and two media outlets, Page Six and Radar Online, are reporting Brittany did indeed dump Jax after the cheating rumors came to light. We revealed yesterday that Scheana Marie’s birthday party was filmed in late May… May 25 to be exact.

Sources confirm to Page Six that Jax definitely cheated with Faith despite his denials. They however paint Faith as some fame hungry Pump Rules groupie who schemed to get airtime on the show.

An insider claims Faith was “upset she wasn’t relevant on the show years ago,” and “used Jax to get back in [the spotlight].”

The sources also confirm Jax, 38, and Brittany, 28, broke up following the cheating revelation.

“Brittany and Jax were on-and-off after the cheating, but Brittany did go back to Jax and loves him,” reveals an insider who adds that the show’s producers “forced them to get back together” after “a very rough spring and summer.”

The producers forcing them to get back together comment is rather interesting as we all know Brittany and Jax filmed a Bravo spinoff titled Jax and Brittany Take Kentucky that aired during the summer. One theory is that the producers might have wanted them back together to film and promote that show. But whatever the real reason is, the couple is apparently trying to make it work.

“She’s trying to work through their relationship and she wants to make it work,” the source continues. “Jax is trying to be faithful and good to Brittany.”

Radar’s report also confirms the two have been on and off since May, adding that Brittany “loves” Jax and “wants to make it work.”

Brittany girl, it might be better to just cut your losses and move on!

TELL US – SHOULD BRITTANY STAY WITH JAX OR MOVE ON?