90 Day Fiance David’s Daughter Ashley Toborowsky Slams Him! Explains Why She Was “Disrespectful’ 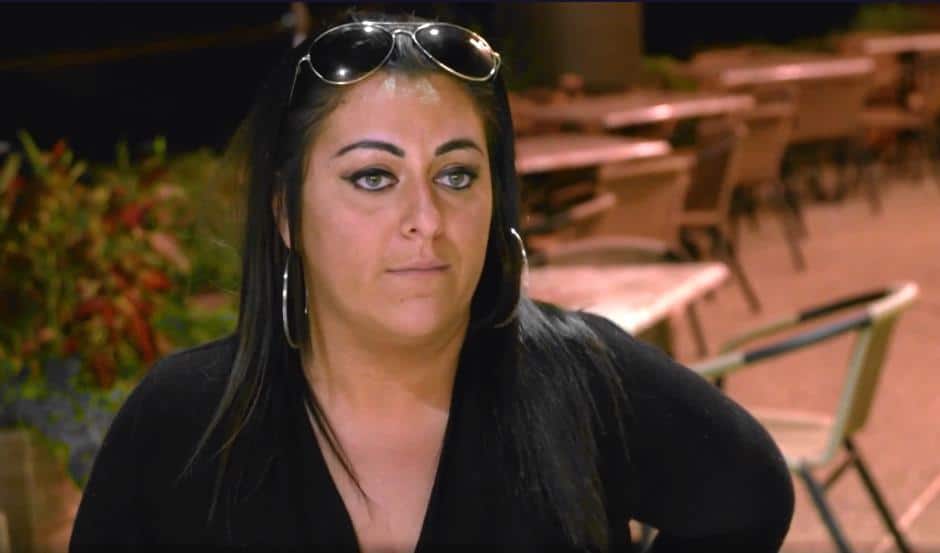 First they brought us Chris and Nikki, who recently responded to the whole Massage-gate drama, then Antonio who exposed both David and Annie, and on the latest episode of the show, viewers got to meet David’s daughter Ashley Toborowsky! Move over Snooki!

Ashley was upfront and straight forward when it came to her feelings about her dad as she essentially accused him of being a deadbeat, and later told Annie he cheated on her mother with multiple women…including prostitutes. Yes, she went there.

Fast forward to today and Ashley is speaking out about her dad plus her appearance on the show in an interview with YouTube host Auntie’s Advice.

First Ashley reveals she is 28-yrs-old and lives in Louisville Kentucky with her three children, including an 11-yr-old, 9-yr-old, and a 6-yr-old. She also has two step-kids.

Below are excerpts from Ashley’s interview –

“I may come off as harsh on the show to my dad. Some people might see me as disrespectful and that’s okay. I’ve had a very crazy relationship with my dad. We were very close when I was younger. It was because he was always gone all the time and we missed him, and we wanted him. But as we got older, we saw what the reality was with him. He is very much about himself, and his travels, and his life, and Chris. Chris is his best friend. And that’s all we ever hear. Dad’s life is about him.”

Is David Sincere In Wanting to Reconnect With His Kids?

Reveals If David Is Being Portrayed Accurately On the Show –

“An a**hole? Yeah. Authentically? Yeah. He can’t fake that one. Everyone can see exactly what that is. That wasn’t scripted. That’s dad.”

Does She Think David Is An Alcoholic?

“He is now later on in life. I don’t know how somebody becomes an alcoholic at 30 but that’s basically what happened… His drinking, his life became more important than his children and grandchildren.”

“She’s nice. You know she doesn’t speak to us really. She’s dad’s wife, girlfriend, fiance. Whatever you want to call her.”

Thoughts on Nikki and Chris –

“They’re nice people. I know that Chris has definitely helped my dad a lot. Chris has definitely opened up his heart and his arms to Dad. Like I said they’ve been best friends. He watched my Dad go through the divorce with my Mom. Nikki, I don’t really know much about her. I’ve only seen her on the show and that was it.”

On Dealing With Abandonment Issues With David –

“He wasn’t like a dad growing up. He was more like a big brother… It’s sad cause he was literally in our home. He was with my mother for 21 years. Even though he lived in our home, it still created issues cause he really still wasn’t there. He traveled the world, he hung out with friends. He did what he wanted to do. The Vegas trips. You know London and Italy and Hawaii with his friends. It was never let me take my children and let me be a father. But let me go hang out with friends.”

ARE DAVID AND ANNIE MARRIED? GET THE LATEST SPOILERS HERE!

Ashley called the age difference between Annie, 24, and David, 48, “ridiculous” and revealed they are still staying in Chris’s firehouse, adding that her brother goes to stay with them sometimes.

She also shared that David has a Masters Degree and used to do well professionally in the past, even working in the medical field. She’s not sure what he does for work now, but says he does things here and there for some of his friends for money.

As for what the future holds with David, Ashley states: “He’s a very sad person. One day in his life when he’s older, he’ll have many regrets.”

TELL US – WHAT ARE YOUR THOUGHTS ON ASHLEY’S INTERVIEW AND TONIGHT’S EPISODE?