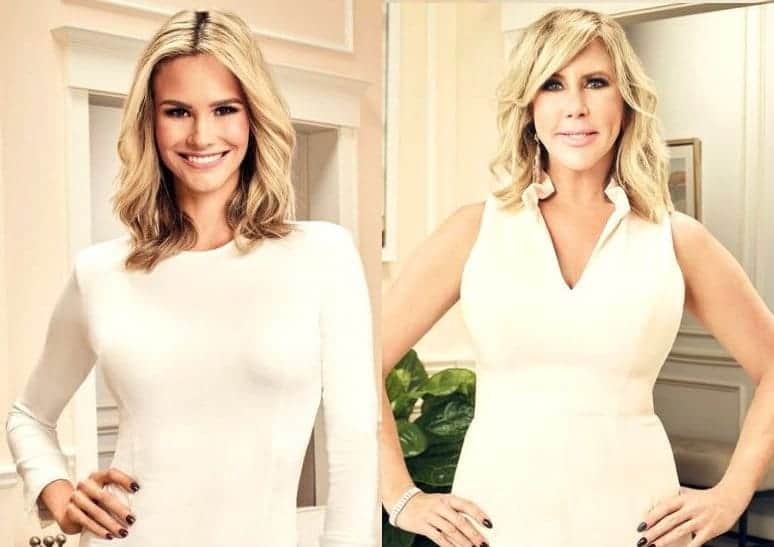 Real Housewives of Orange County star Meghan King Edmonds is firing back at castmate Vicki Gunvalson who viciously slammed her in an interview this week.

Vicki spoke to the press and attacked Meghan out of the blue when she questioned why Meghan was on the RHOC, stating she doesn’t belong on the show and needed to quit.

Well Meghan is now responding via the same media outlet, Us Weekly, and she refers to Vicki as “desperate”.

“She’s so desperate,” Meghan, 33, said about Vicki, 55. “She says she doesn’t care about me, yet she’s one of my top engagers on Instagram — I don’t even follow her — and she’s talking about me. It’s laughable.”

Meghan also dismisses Vicki’s claims that she isn’t friends with anyone on the show.

“Additionally, I’m really close with Tamra [Judge] and Shannon [Beador], so goes to show how little she knows them,” added Meghan.

Vicki stated in her interview that she had “no desire” to see Meghan again. She added, “She lives in St. Louis, I don’t even know what she was doing on our show anyway. She lives in St. Louis, she’s pregnant, she has her husband, they’re going to have six kids, she’s not friends with anybody. I don’t know what the correlation with her is. She’s socially friends with people, but we don’t all hang out together.”

There’s still no word on what triggered Vicki’s comments about Meghan as they both seemed to get along on the latest season of the show. Perhaps this is Vicki’s attempt to stir up some drama to ensure she keeps her job for next season. Who knows?!