Does Siggy Flicker Regret Doing the RHONJ? Plus Goes On New Rant Against Margaret Josephs! 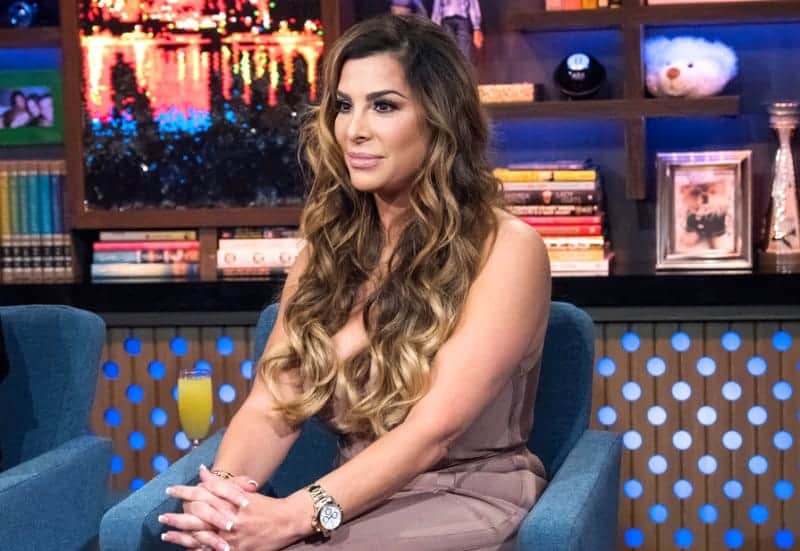 Another day, another rant by Real Housewives of New Jersey star Siggy Flicker!

And once again, her castmate Margaret Josephs is her target. This comes just a week after Siggy went on an epic 4-day Twitter rant against Margaret during which she called Margaret “sick, sad, and mentally unwell.”

But first Siggy is speaking out about Margaret and the “unfair” editing of the RHONJ in a new interview.

“It’s so unfair,” said Siggy to the Daily Mail. “Because the show does not air my side. All they show is me losing my temper. They don’t show the interactions I have with people, just the reactions.”

She continued, “I told Margaret I wanted an apology and she said no. No one saw that.”

Siggy then appeared to express regret at doing the show.  “I only went on this show to help sell my book. I didn’t sign up to be tortured,” she stated.

This interview is in addition to a new rant by Siggy against Margaret. This time, Instagram is the social media platform she uses to slam Margaret. Below is Siggy’s full rant. We do have to warn you that it’s rather long!

“DON’T MISTAKE MY KINDNESS FOR WEAKNESS! I forgive when someone sincerely apologizes. But when someone apologizes and five minutes later repeats their actions, is that a sincere apology? I’ve had enough of the constant jabs! Never back down to a MEAN GIRL!

1. She questioned my husband’s manhood without ever having met him. #PreCake#EpisodeOne

2. 36 hours after I welcomed her into our group of friends, she scheduled a memorial at my beach club for my friends without inviting Me!

3. She walked into my home & ridiculed a collage that my husband gifted me while her foyer is decorated with a dead bear carcass that her husband shot, killed & mounted to display

4. During a heated argument with friends that I actually care about, instead of defusing the situation, Margaret decided that is the perfect moment to antagonize me by ridiculing that I am sensitive and labeling me Soggy

5. She thought my medical condition was a proper subject to mock. Millions of women go through menopause naturally, try having your ovaries, fallopian tubes and uterus removed, and then have Margaret use it as a punch line.

6. She does not waste an opportunity to attack my business. Throughout the season she reveled in poking at my interpersonal skills and how it translates to my job. 25 years, I have an unblemished record, I never mentioned she is drowning in lawsuits #VineyardVines #Bankruptcy

8. HITLER? Really? She purposely inserted herself in a conversation to once again inflame a situation & hurt me. She didn’t look at Dolores, Teresa, Danielle or Melissa; she looked at ME, the only Jewish girl & referenced a mass murderer, knowing that my father Dr. Mordecai Paldiel is a Holocaust Survivor & Scholar. I wouldn’t be alive today if Hitler had his way & my father & his father didn’t have the help of a catholic priest in Evian, France to escape! Hitler rolled off her tongue so effortlessly. The Hitler reference was cold, calculated & meant to freeze me in my tracks! #RHONJ”.”

A partial screenshot of Siggy’s very long post is below – 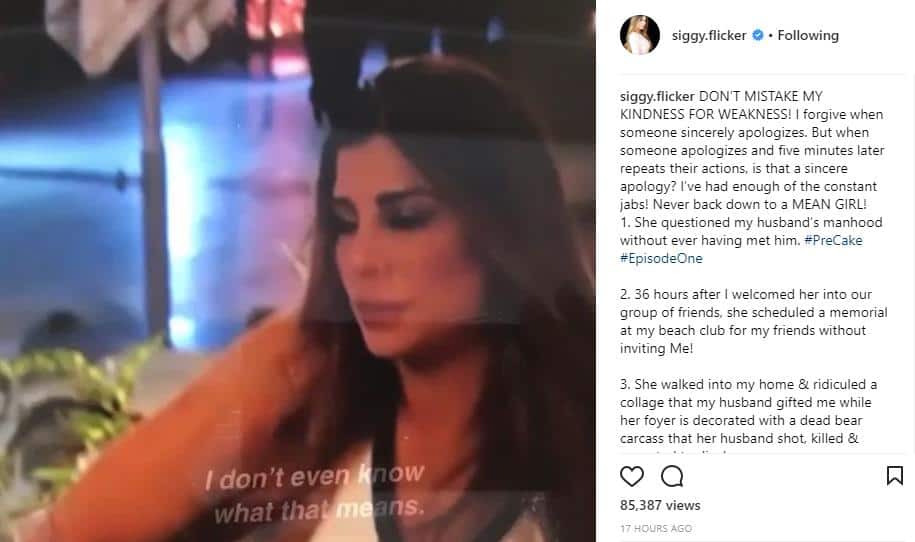 Le sigh. A new episode of the RHONJ airs tonight on Bravo at 9/8c.

TELL US – WHAT ARE YOUR THOUGHTS ON SIGGY’S INTERVIEW & LATEST RANT AGAINST MARGARET?