Vanderpump Rules’ Faith Threatens Brittany Cartwright: “You Are No Match For Me!” 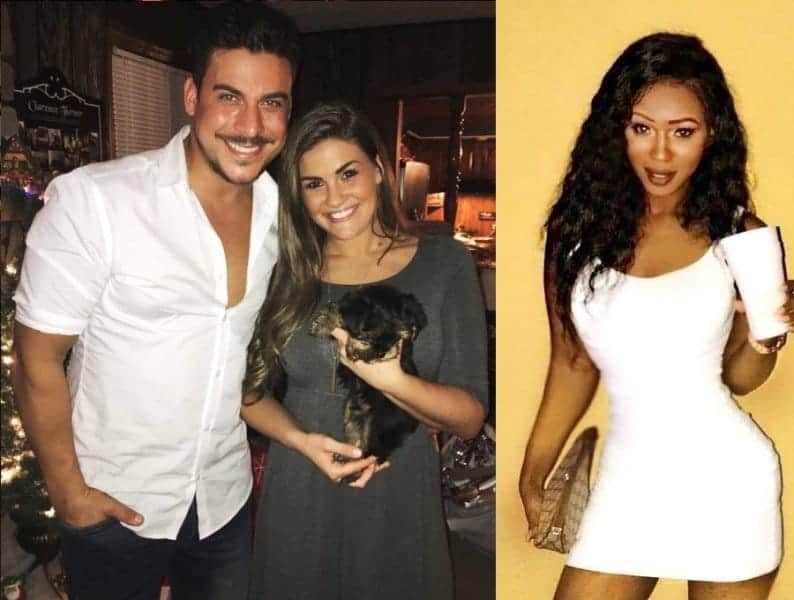 Vanderpump Rules star Faith Stowers is not going away quietly following the revelation that she slept with Jax Taylor, while he was very much not single and dating Brittany Cartwright.

This escapade was revealed on the season premiere of the Bravo hit series and continues to play out on the show. So it appears Faith was watching the latest episode and did not like some of Brittany’s choice of words, and thus proceeded to slam and threaten Brittany!

Faith took to her Instagram and shared a post in which she first slammed Brittany for taking Jax back after he cheated, you know, with her.

Faith wrote,  “So Brittney threatens to stab me tonight on #pumprules but will sleep with cheating #JAX the day after he cheats.”

She then threatened Brittany by adding, “Brittney now you know physically you are no match for me stop it. #twisted #d**kmatised #snapoutofit.” 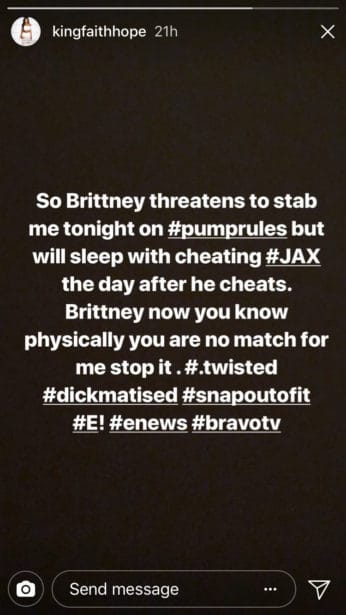 Yikes. And yes, she misspelled Brittany’s name. Faith also took to her Twitter and made a similar post.

She tweeted, “Ok so Britney can threaten to stab me if she saw me “which we all know that would end badly for her if she ever touched me “ but can go have sex with a cheating man the following day he cheats …. this is twisted!”

She then liked a post that called Brittany “dumb” for taking Jax back.  As we reported Jax recently stated that his relationship with Brittany is the “best” it’s ever been following the cheating scandal, though Brittany didn’t seem to agree as she referred to the whole saga as “tough.”

TELL US – WHAT ARE YOUR THOUGHTS ON FAITH’S COMMENTS?