Vanderpump Rules’ Jax Says Relationship Is “Best” It’s Ever Been After Cheating, But Does Brittany Feel the Same? 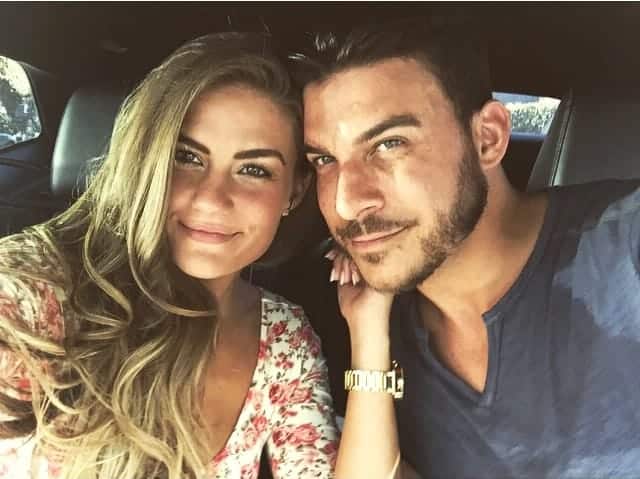 On the latest episode of Vanderpump Rules, Jax Taylor shocked viewers when he actually admitted to cheating on his girlfriend Brittany Cartwright with Faith Stowers. Shocking because when Jax has cheated in the past, it usually takes him an entire season to admit to it!

Most fans of the show are aware by now that the couple is back together following the cheating scandal but is all well between the two, you know, considering the entire drama playing out on national television is probably reopening old wounds. Well if Brittany’s posts on social media is any indicator, she is far from over it.

Jax, 38, however feels all is well and dandy following his infidelity, and even tweeted that his relationship with Brittany is currently the “best” it’s ever been. Yeah, he really went there.

Jax tweeted, “And I love her more each day this was shot a long time ago. our relationship is the best it’s ever been right now… a lot happens this season so stay tuned.”

So does Brittany feel the same way? Does she feel that her relationship with Jax is the “best” it’s ever been after he cheated on her with a friend on a nationally televised tv show? Not surprisingly, that answer is no.

First Brittany, 28, took to her Instagram to post about the recent events, calling it a “tough” period.  She wrote, “7 months have passed.. It’s been tough but I’m trying to move forward not back. God Bless.”

Even more telling are Brittany’s likes on Twitter including a recent like this week that referred to Jax as a “sh*t boyfriend.”

Brittany liked a tweet that stated “#PumpRules we’ve all had that sh*t boyfriend that we couldn’t quit! Cut @BNCartwright some slack, sometimes ur heart takes over ur brain. #beenthere.”

Perhaps Jax shouldn’t feel so confident that all is well in their relationship based on Brittany’s social media activity, in addition to a recent report that stated producers of the show might have pressured them into getting back together.

TELL US – DO YOU THINK BRITTANY WILL EVER DUMP JAX?