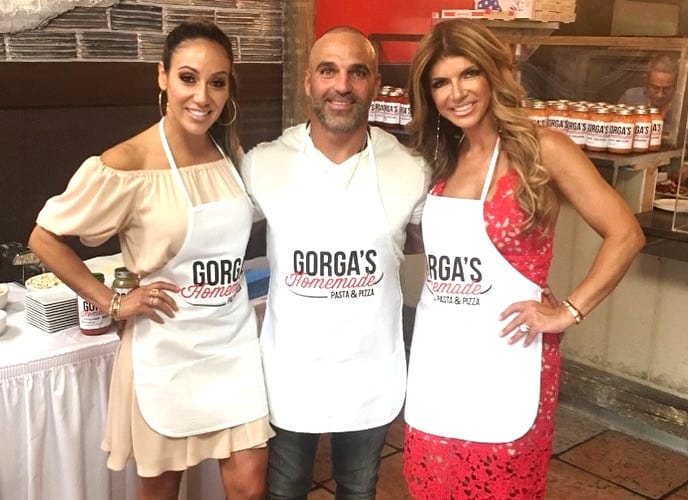 Weeks after it was reported that the restaurant owned by Joe Gorga and his wife Melissa Gorga had received a failing grade during a health inspection, the restaurant continues to have a ton of problems.

The latest is the Real Housewives of New Jersey stars’ restaurant – Gorga’s Homemade Pasta & Pizza – is being bombarded with bad reviews by customers, and there is speculation that they no longer even own it!

First the restaurant currently has 2.5 stars out of 5 stars on Yelp with completely abysmal reviews.

One reviewer writes, “Can I give no stars for this review because giving one Star is too good for this restaurant. first of all empty, 2 tables of people looking dissatisfied. Meatballs were still frozen on plate. Pizza tasted like a low end pizza chain. No flavour,  no authentic look.”

“This place is meh!” says another diner who ordered a ground beef and pasta dish. “It had no salt and no flavor.  The gravy was barely there and had no richness as Italian sauce always does.  Those housewives must be no flavor lovers.”

One more reveiwer described receiving cold [meatballs[ and even shared a not so appetizing photo of their food. They wrote, “I had the meatball app, my friend asked for meatball parm on a whole wheat wrap. My app was 3 small meatballs that were clearly from a frozen bag. They were still cold actually.” 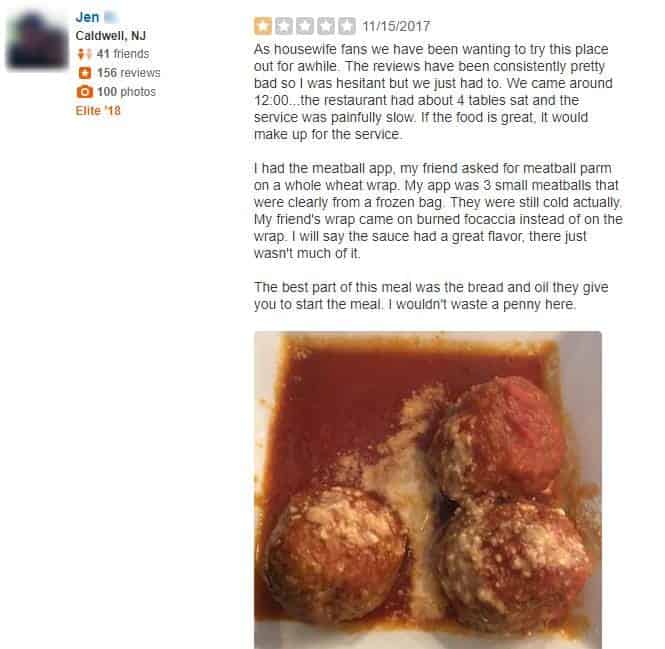 That’s not all however as multiple reviews made within the past two weeks stated that the Gorgas no longer own the restaurant.

One person wrote on 1/4/18 – “FYI: GORGAS DO NOT OWN THIS ANYMORE!! Dont come here for that reason as the old owner took back the place. Not sure of the reason but Gorgas have nothing to do with it anymore. Don’t buy a Groupon or locaflavor as it will NOT be honored!”

Another person wrote on 12/28/17 – “THIS PLACE WILL NOT ACCEPT GROUPON!!!  I purchased a Groupon for this place and they would not honor it… The new owner told me if I could shut my mouth he might be able to help me. I explained my situation to him and he said that he could not help me because he does not belong to Groupon or Local Flavor.”

Screenshots of these posts are below – 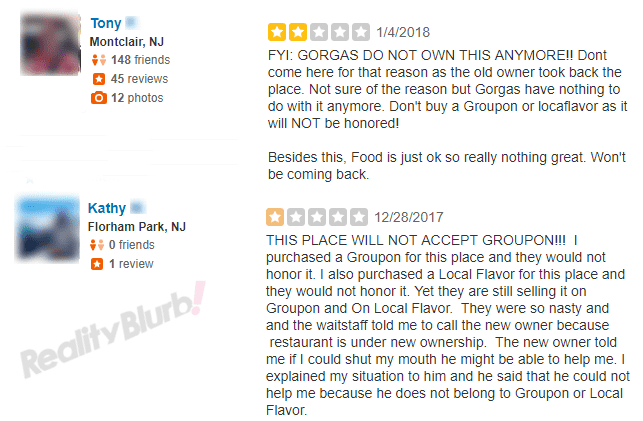 The news that the Gorgas no longer own the restaurant makes sense as Joe hasn’t promoted the restaurant on his Instagram for the past two months. The last post he made about it was on November 4. A look at Melissa’s page also shows she hasn’t posted about the restaurant in many months.

The opening of the restaurant was featured on the RHONJ this season as Joe revealed he opened the Italian restaurant in May as a way to pay tribute to his late mother, Antonia Gorga who passed away earlier this year. He enlisted the help of Melissa, his sister Teresa Giudice, and his father Giancinto Gorga.

TELL US – THOUGHTS ON THE REVIEWS? SURPRISED THE GORGAS MIGHT NO LONGER OWN IT?