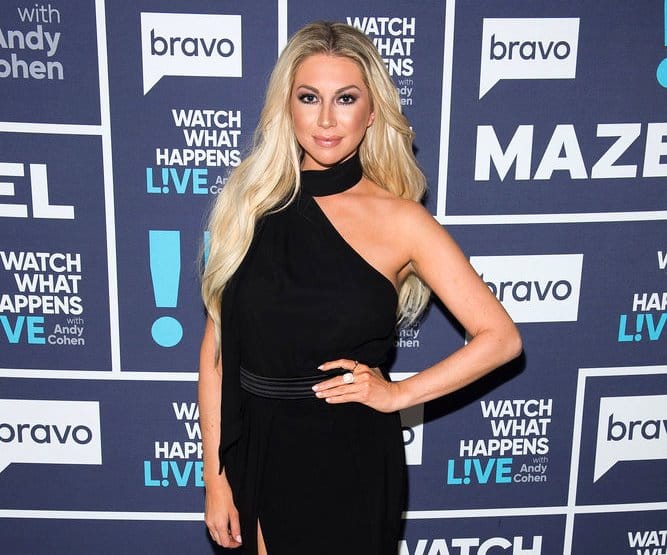 The latest is the Vanderpump Rules star finds herself in hot water over a “Nazi Chic’ photo she posted on her social media page.

It all began when Stassi, 29, shared a mirror selfie on her Instagram Story with pals Rachel O’Brien and Kristen Doute. As you can see below, she captioned her friends “Criminal Chic” and “Tupac Chic” and then went on to write “Nazi Chic” under her own image.

@Andy nothing but class from Stassi. I hope someone at your network is smart enough to fire her before you lose viewers. pic.twitter.com/sUOmPUcLHm

It wasn’t long before Stassi deleted the pic and posted it again with a new caption – “#Elsa-Indiana Jones Chic,”  but of course nothing truly disappears from the internet as some of her followers already took screenshots.

Once fans started retweeting the photo on Twitter, the #dumpstassi hashtag started circulating as well as some major backlash from the public.

“What is ‘Chic’ about a Nazi? Let me ask my Aunt and Uncle who survived a concentration camp if they consider this ‘chic’ since they have first hand experience. #cantfixstupid #dumpstassi,” wrote someone on Twitter.

Another person wrote, “#PumpRules will survive without @Stassi, it already has once. “Nazi chic?” That is so messed up. Please do the right thing @Andy. #dumpstassi.”

Real Housewives of New Jersey star Siggy Flicker, who is Jewish, also chimed in when someone tweeted her the photo and asked what she thought about it. Siggy responded with one word: “Gross.”

As for Stassi, she is responding to the criticism in true Stassi fashion…by simply blaming it on others being too sensitive. Yes, for reals!

Stassi shared a meme of a boy attempting to find his way in a room full of lasers with the caption: “Me trying to make a joke that won’t offend anyone in 2017.”

Unfortunately for Stassi, this isn’t her first controversy .  Just last November, she had to issue a public apology after she made some controversial comments about the #MeToo sexual harassment movement.

TELL US – IS THE BACKLASH AGAINST STASSI FAIR OR UNFAIR?