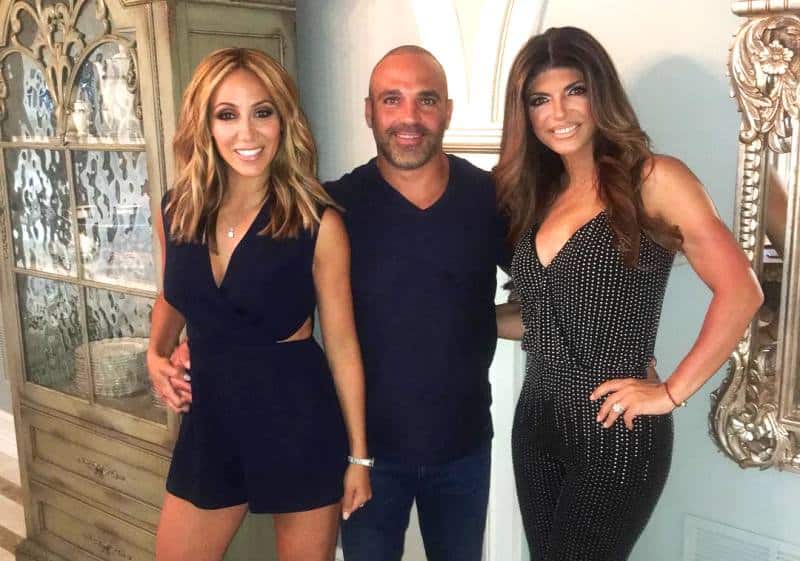 Days after we reported that Melissa Gorga and Joe Gorga no longer own their restaurant, Melissa is now confirming the news.

In a new interview, the Real Housewives of New Jersey star is setting the record straight on why her family’s restaurant, Gorga’s Homemade Pasta & Pizza, is closing down.

Melissa, 38, appeared on The Morning Breath podcast Wednesday and she shed some light on the situation. She first stated that they were overwhelmed by their large number of customers.

“I can speak about it mildly cause it’s a major situation, unfortunately. I will admit one thing. We are overwhelmed with the amount of people that are going, to the point that honestly, we had no idea it was going to be as busy as it is,” said Melissa. “Second of all, yes there’s partners, obviously, that we’ve gone into it with. There is gonna be a larger location. We are closing that particular location for reasons that you will hear very soon.”

Right after saying that, Melissa did speak more on the closing as she blamed it on bad management.

Melissa explained, “We were having issues with the management and the way they were running it, there was a couple shady things going on.”

She also insisted the food was amazing. “The food, it’s all authentic, it was all for my mother-in-law, it’s all real. There is not one person that you’ll read who doesn’t say the food’s amazing,” shared Melissa. “You can drive by Gorga’s any time of any day, it’s like, wow. We are overwhelmed with the amount of people. Like Listen, I have Envy, it’s manageable, people shop online. The restaurant, when I tell you every single person in America wants to come and try the pasta, which I don’t blame them because it’s amazing. The line is out the door any time you go.” #

Melissa then reiterated again that they are definitely planning to reopen the restaurant and that the new location will be bigger than the first!

“It’s a lot, and we’re just regrouping because we don’t want it to go in the wrong direction with everything,” she said. “We need to regroup and make it bigger and go down the street and do it solely on our own. I told my husband, like I was not gonna say this, but I told you so! No partners.”

Interesting comments there as despite Melissa’s claims that everyone loved the food, the online reviews for the restaurant were mostly negative. The Gorgas opened the Italian restaurant in May to pay tribute to Joe’s mother, Antonia Gorga who passed away last year. They enlisted the help of Teresa Giudice and Joe’s father Giancinto Gorga.

No word yet on when exactly the Gorgas are planning to reopen the restaurant though my spidey senses tell me this is likely the last we’ll hear of the Gorgas’ restaurant! I predict they will be on to the next business venture by the time filming starts for the next season! You know, Real Housewives style! #OnToTheNextOne.

The season finale episode of the RHONJ airs tonight on Bravo at 9/8c.

TELL US – ARE YOU SURPRISED THE GORGA RESTAURANT IS CLOSING?