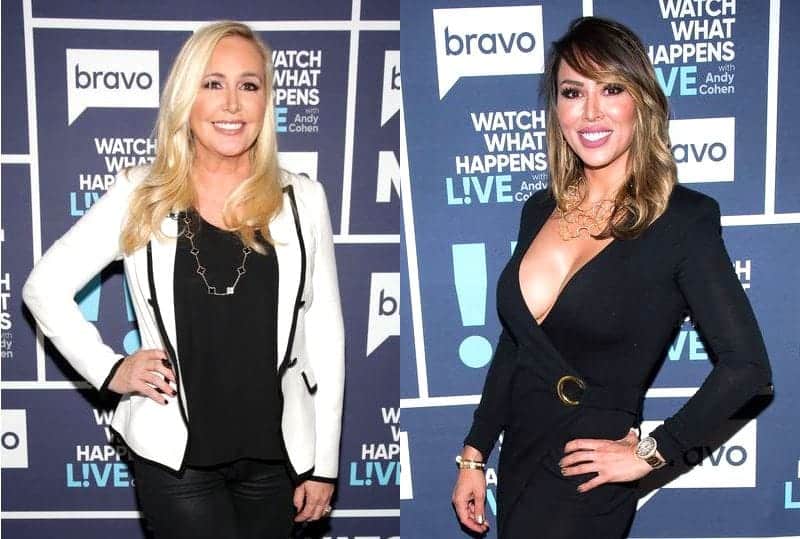 Bringing you the latest updates today when it comes to the Real Housewives of Orange County divorces.

If you recall, both Kelly Dodd and Shannon Beador filed for divorce from their respective spouses late last year. According to new reports, Shannon wants more money from “cheapskate” David Beador in her divorce while Kelly has suffered a setback in hers.

“David is trying to be a cheapskate and Shannon isn’t having any of it. She demanded that he submit his current income to the judge because she believes he is grossly underestimating his net worth,” revealed an insider, adding, “She knows that David has more money than he is claiming to have and isn’t going to let him get away easy.”

As reported Shannon, who officially filed for divorce on December 1, suspects that David is not being truthful about his income and has asked the courts to look further into the issue.

Another reason Shannon wants more money is to make sure the former couple’s three daughters are well taken care of.

“Shannon believes that David should pay for all three of their daughters’ college tuition in full,” added the source.

Moving on to Kelly who seems to be in much worse shape than Shannon as a report came out this week alleging that her estranged husband Michael Dodd is angling to get full custody of their 11-yr-old daughter. Reason? He apparently doesn’t feel she makes being a mother her top priority.

Radar Online is now reporting that Kelly’s attempts to speed up her divorce suffered a setback as her motion for a bifurcation hearing was delayed from January 5 to February 23 due to the court’s “unavailability.”

Kelly reportedly filed documents on December 1st asking the courts to quickly grant her a divorce.  She wrote back then that “additional passage of time will not assist us in reconciling our differences.”

This is in addition to reports that Michael is allegedly dragging his feet when it comes to their divorce and child custody issues. Kelly has previously stated that part of the reason she called off her 2012 divorce was because the entire process was a “nightmare” and she figured it was easier to just stick it out. Unfortunately all that did was postpone their inevitable divorce.

TELL US – THOUGHTS ON THE LATEST WITH SHANNON AND KELLY’S DIVORCES?