Is Vanderpump Rules’ Scheana Marie “Delusional” About Relationship With Rob? Plus He Blames Her Costars for Split 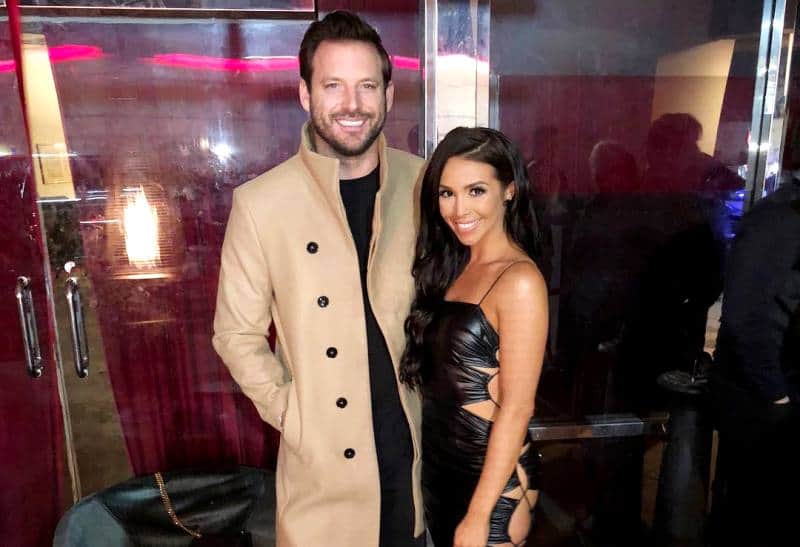 Following accusations on the last episode of the show that Rob was spotted cheating on her, a new report is stating that Scheana is in a bit of denial over how Rob truly feels about her!

If you recall Scheana and Rob called it quits in October but continued a friends with benefits relationship though Scheana has recently claimed that is over as well.

However sources tell Radar Online that Scheana “refuses to accept” the couple’s split and is quite “delusional” about Rob as she’s still convinced he is the one for her.

“Scheana would marry him in a heartbeat if he wanted to marry her. But he’s told her that he does not want to be tied down, and she keeps telling him that he will regret it,” an insider revealed.

Indeed Scheana had some cringe-worthy moments on the recent Pump Rules episode as she joked about them getting married once her divorce from ex Mike Shay was complete while Rob reacted awkwardly.

“Friends say Rob is using her,” the source added. “Every single time Rob is in town, she invites him to an event with her. They know that they are much more in-demand together than apart.”

And despite being told by some of her castmates that Rob was spotted kissing another woman, Scheana called it BS and refused to believe it. She even defended him on Instagram after the episode aired. She wrote, “All I’m going to say about tonight’s episode is that this is the most loyal man I’ve ever met in my entire life and he never left my side the night this so called incident took place. The truth always comes out. Watch and see! @robsvalletta I always will have your back!”

Meanwhile, Rob’s reason for breaking up with Scheana definitely feeds into the ‘he’s just not that into you’ narrative!

He called into the Watch What Happens Live aftershow last week during Scheana’s appearance and told host Andy Cohen that her Pump Rules castmates were to blame for their breakup. For reals.

“The truth is, it’s really hard in her circle of friends like individually, when they’re by themselves, they’re really great people. But when you put that group of people together, they’re savages. They come after you,” said Rob, adding that “it’s really hard to have a successful relationship with those people attacking you from all sides.”

Oh but it gets even better as Scheana reveals she offered to quit the show for him but he wouldn’t let her!

“I would never let her do that,” Rob stated. “At the end of the day, you know I know how important the show is to her, and I support her for that. Everything happens for a reason, and as long as we are positive with each other and always supporting each other, everything is going to happen the way it’s supposed to.”

TELL US – DO YOU THINK SCHEANA IS DELUSIONAL OVER HOW ROB FEELS ABOUT HER?