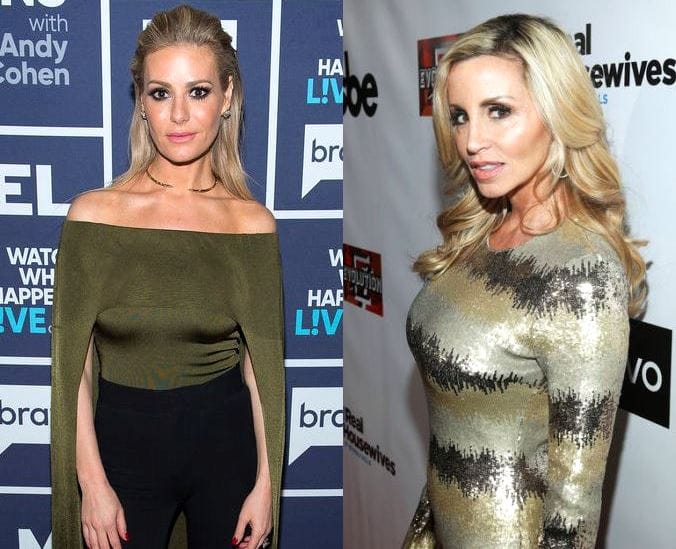 It’s an apology that is coming a week late but better late than never right?!

Real Housewives of Beverly Hills star Dorit Kemsely is apologizing to castmate Camille Grammer a week after the show’s viewers saw her get drunk and call Camille a C-U-Next-Tuesday during Kyle Richard’s dinner party. Dorit’s comments were shocking because it appeared to come out of the blue and wasn’t instigated by any actions of Camille’s.

In her latest blog, Dorit explains what led to what she calls the “childish” and “stupid” comments she made to Camille, and also attempts to deny acting like a diva during Lisa Vanderpump’s photo shoot.

Below are excerpts from Dorit’s Bravo blog –

On The Way She Behaved During Lisa’s Photoshoot –

“I love to support all of my friends’ endeavors, so when Lisa V asked if I would model her fine jewelry collection for the Beverly Hills Lifestyle Magazine, as last-minute as it was, I couldn’t say no. I was honored to say the least. Helming my own swimwear line, I know a thing or two about modeling, and of course, I delight in playing with dazzling diamonds. But I was shocked when I walked in and realized it was a full blown photo shoot, as Lisa V told me I was simply having my hands and décolletage photographed. I’m a perfectionist by nature and admittedly a bit of a control freak, so I was thrown out of my comfort zone when I arrived fully unprepared and super pressed for time. Needless to say, I was incredibly happy to support Lisa V and Christina Makowsky—two people I admire and adore. “

“As for Kyle’s backyard dinner party, there’s more behind the night than meets the eye. I arrived an hour and a half before everyone else, the drinks were flowing, and I was in good, fun company. However, it was 100 degrees outside, Kyle’s power was out, and a few too many drinks in, I made some really silly, inappropriate remarks to Camille, a woman I’ve never shared a bad word with. It’s all a blur, and it was difficult to watch at times, but my comments were nothing more than stupid, childish humor fueled by a long night of drinking. I really regret that moment, and I’m sorry to Camille, but I want her to know that I had absolutely no malicious intent.”

TELL US – THOUGHTS ON DORIT’S APOLOGY? WOULD YOU FORGIVE HER IF YOU WERE CAMILLE?