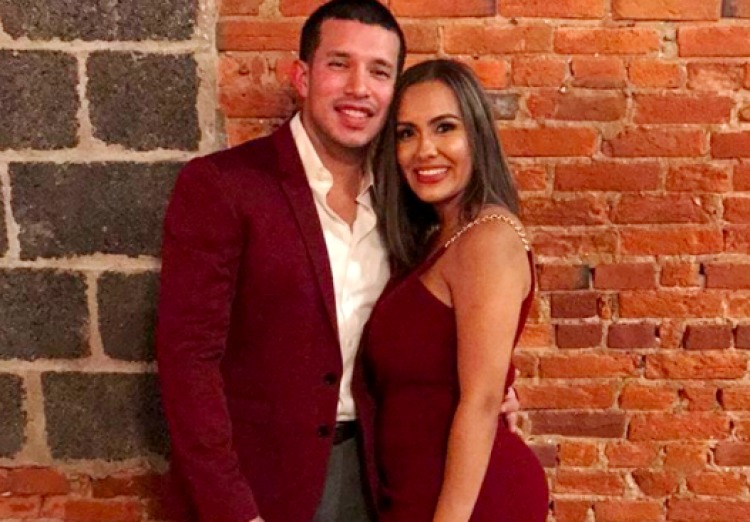 A new plot twist to bring you today in this never-ending Teen Mom 2 telenovela!

We reported yesterday that Briana DeJesus and Javi Marroquin were back together after Javi was spotted spending time with Briana who was in Miami to get plastic surgery.

Well, fast forward to today and Javi has dumped Briana yet again! The reason? It all has to do with her ex and baby daddy Devoin Austin showing up yesterday to help her recover following her mommy makeover surgery with the popular Dr. Miami.

After Briana’s surgery, which was broadcasted live on Dr. Miami’s Snapchat, Briana’s mom showed up with her daughters and Devoin! This led to Javi’s decision to walk away from the situation.

In an interview with Radar Online, Javi, 25, says he regrets going to Miami in the first place.

“I should’ve never went. I should’ve went to LA like I was supposed to,” said Javi. “We broke up for a reason and yesterday reassured me that.”

Javi also posted a series of tweets in which he makes it clear he didn’t run away because of Devoin, but rather he simply decided to remove himself from a messy situation. Smart guy!

Javi tweeted moments ago, “Lololol I didn’t run away because of anybody. Removed myself from that mess. My parents worked their ass off to raise me right so I’ll be dam if I stoop down to that level ??‍♂️ #peaceoutmiami.”

He later added, “I won’t say I was set up but people def knew they were coming and lied. Not about it. Err. Nope. Sorry.” 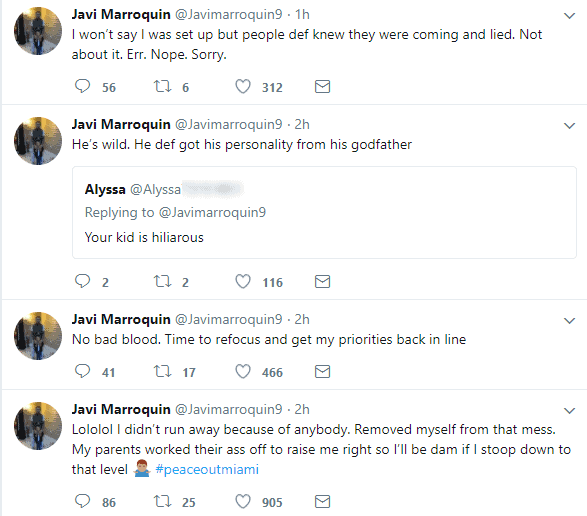 As for Briana, 23, she continues to recover from her surgical procedures in Miami. She had a breast lift, an implant reduction, a tummy tuck, and a booty reduction as well.

“We’re going to reshape the booty, because with the pregnancy, some of the pregnancy weight went to the booty,” explained Dr. Miami in a Snapchat video. “So it’s a little too big for your frame.” You can see Briana’s after photo on her Instagram (we have to warn you that it’s a little bit graphic).

Briana has yet to comment on Javi ditching her again.

TELL US – ARE YOU SURPRISED BY THE LATEST BETWEEN BRIANA AND JAVI?