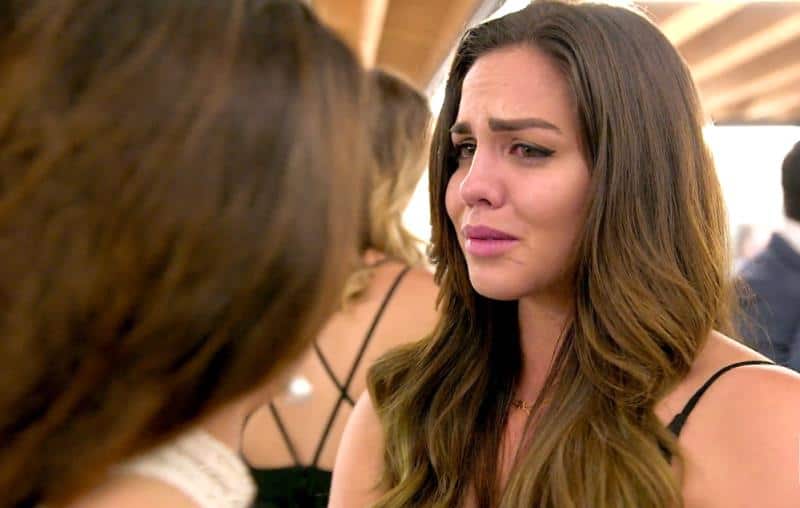 The only reason why I would refer to Jax by his real name is because Jason suits him better. Particularly THE Jason, the one who wears a hockey mask, and murders people. Yea. That’s way better than Jax.

Stassi and James roll up to meet with the queen of queens, LVP. Lisa is putting Stassi in charge of her Beverly Hills Lifestyle magazine party because it is an “important event” for her and Stassi is totally highly qualified for this type of thing. Obviously, she has James manning the music because he can do both parties- LVP’s event and the See You Next Tuesday party. Once LVP exits, Stassi wastes no time and invites Jame’s boyfriend to come to the event. Ah-mazing. We can always count on Stassi to say the stuff everyone else knows is just best not to utter out loud.

Schwartzie’s brothers, the triplets, are heading back to visit. The three stooges have never been to California prior to the wedding, live at their parent’s house, and thus Sandoval decides to fulfill his passion by making over the brothers Schwartzie. At the suit store, Katie expresses her concern about the triplets’ visit, but hey, they’re family, right?! #gotriplets!

Stassi invites Billie Lee to be on her pod cast so she can discuss, educate, and inspire people from the transgender community. Billie Lee tells Stassi that “the other girls” warned her that Stassi is “ignorant, prejudice, racist” and Stassi is ticked off, particularly at Ariana. She proceeds to cry, and Billie Lee is understanding, but we all know she is like, so….when are we getting to the pod cast, girl?

YES. The Panama Sandoval hat is baaack! I am DYING over Sandoval the stylist. “Building a foundation, a cool pair of shoes, some nice jeans…” Katie, Sandoval, and Jax discuss the electrical fire at Sur last night until Schwartize enters with the triplets. Sandoval dives right in styling and profiling, right down to their underwear. I feel sorry for these dudes. Mainly because they are drinking Coors Light.

LVP checks in on Sur, post fire. It seems pretty bad, but luckily everyone got out okay. Stassi, her right hand woman, is there to check out the situation. As always, Stassi waits for the perfect opportunity to make the situation about her and she lets LVP know that Ariana is giving her a hard time working the Lifestyle event. The (fake) tears start flowing and Stassi tells LVP how Ariana called her a bigot, a homophobe, etc…all whilst LVP is doing her best to keep calm post fire. Timing.

These two and their outfits. Scheana and sporty spice LaLa. Where do they shop?! LVP holds a team meeting to find out who is working her event (ya know, doing the stuff that Stassi is supposed to be doing, but can’t cuz she is a wuss and cries to LVP when people don’t listen to her). Obvi, Lisa puts Ariana in her place and I kind of liked it. I am kind of over her and her bf, Panama Sandoval.

The day of the party brings lotsa disorganization, mainly run by the party planner herself, Stassi. Katie arrives to help and Ariana and her attitude arrive, too. She is feisty and annoyed with Stassi because Stassi is not doing a good job. Shocker. Oh and to top it all off, Jax is late. So therefore, Stassi is bartending…aka…pouring wine. LVP is peeved and puts her son Max to work. Max…Jax..same diff, right?

Jax finally arrives a whole hour late and is greeted by LVP. She slams him and calls him a “selfish as*hole” and Jax tells the camera “it’s a bunch of rich people coming for free drinks…I think they’ll be ok.” He needs to apologize. Lisa kicks him right on out and tells him to “get out of her face.” Jax has the nerve to head out with Schwartzie, Huey, Dewey, and Louie and then b*tch about LVP’s anger. In his twisted world, he does not see anything wrong with his behavior and is perturbed that Lisa got so upset. Knock, knock…any one home?!

Over at the party, LVP makes a heartfelt speech about how she will “endeavor to take over the reins” of the magazine. Everything seems to be going well now, until Kevin Lee, LVP’s REAL event planner, lets Katie know she has gained a ton of weight. Imagine? “Hi, would like you more champagne?” “No, but you got fat.” Uh, what?! He really doesn’t hold back about Katie’s appearance and lets her know that she put on a ton of weight. Katie finds her way to LVP and cry-shares this interaction with Kevin Lee. LVP is annoyed and tells Katie she is beautiful, scar and all. Ever wondered where Katie got that scar from? About 9 years ago, she had a terrible accident and wound up getting her mouth wired shut. Katie says the scar is her history and I think it’s awesome she wears it like a badge of honor. I have a new-found respect for her and Kevin Lee can go…well, you fill in the blank. 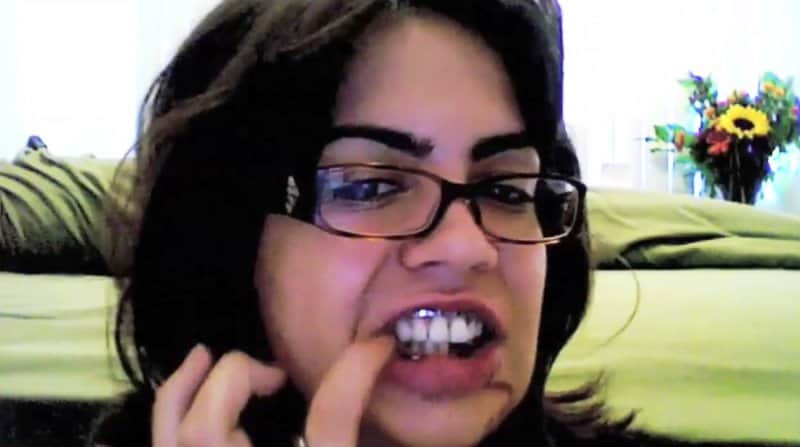 Katie following her accident 9 years ago

James shamelessly plugs his Tuesday night rager on the way out of LVP’s event and jogs over to Sur with his backpack on, ready to rage. Speaking of raging, the triplets are in it to win it. The girls make their way over to Sur, too, once they finish at the Lifestyle event and Katie tells Kristen, Stassi, and Brittany about Kevin Lee’s rude a*s comments. And thennnn Stassi OF COURSE decides to change the subject to herself and shares about the Billie Lee/Ariana thing again.

As the night wears on, Jax continues to be a total jerk. He impersonates Kristen and Brittany perfectly. I almost feel like he practices in his spare time. Jax is wasted and b*tching and Brittany is doing her best to calm down her psycho boyfriend who is making things “a lot worse.” She lays into him when he starts picking on Kristen and Scheana reminds Jax that he is “almost 40, your heart can’t take it.” LOL, Scheana.

The next day, Sandoval comes to Katie and Tom’s house for one reason, and one reason only: to help iron and dress the triplets. OBVI. The Priv crew comes over to doll up the gents and Sandoval is fan-girling over the fades, buzzes, and hair product. “Guys, let’s get you dressed.” HILAR. Note: Sandoval used the SAME TERM Logan used…”Welcome to Hollywood.”

Kelsey, Jax’s next fling, I mean reiki master, asks Jax, “what’s here that’s making you so pissed?” Jax believes that Kelsey sees “good” in him. I think she just sees herself making out with him, but I am not judging. They are uncomfortably close as Jax spills his guts about how hard his modeling and acting career has been. Jax asks her to call him “Jason.” He continues to explain he lived in a fake world, where lying allowed him to fit into a life he so wanted to be a part of. Something tells me a name change does not equate to a new personality, Jax…er…Jason.