Home Keeping Up With the Kardashians Kylie Jenner Reveals Baby’s Name! Plus Is Ex Tyga Demanding a Paternity Test? 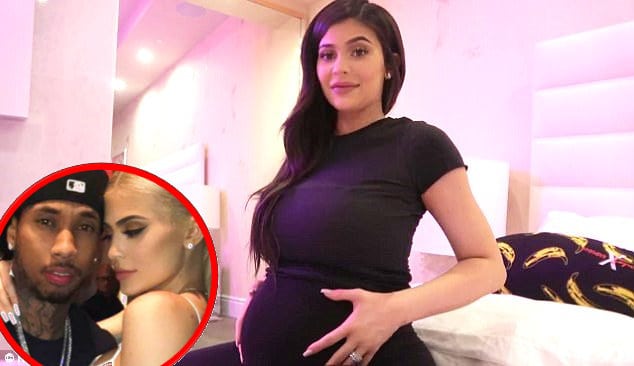 It’s only been a few days since Kylie Jenner gave birth to her daughter, and there is already a ton of drama surrounding the 20-yr-old Keeping Up With The Kardashians reality star.

First Kylie just revealed her baby’s name, while another report is stating that Kylie’s ex Tyga is demanding a paternity test to see if the baby is his! According to Kylie, her baby’s father is her rapper beau Travis Scott.

Radar Online is reporting that the timeline of Kylie’s pregnancy is a little sketchy as her delivery date happens to be 9 months after she broke up with Tyga.

“Tyga wants a DNA test because he really thinks that there is a chance this baby could be his,” reveals a source close to him.

Tyga, 28, and Kylie had an off and on relationship for three years before ultimately calling it quits in April 2017.  “Tyga told friends that he was still sexually active with Kylie nine months ago, when this baby was likely conceived,” adds the source.  Yikes!

No word yet on when Tyga plans to take legal action concerning the paternity claim.

Moving on to other Kylie news as she just revealed the name of her baby moments ago! And it is “Stormi“.  There had been rumors and reports that the baby’s name was Mariposa (Spanish for butterfly) but those reports are false.

TELL US – THOUGHTS ON THE LATEST KYLIE NEWS? DO YOU LIKE HER BABY’S NAME?