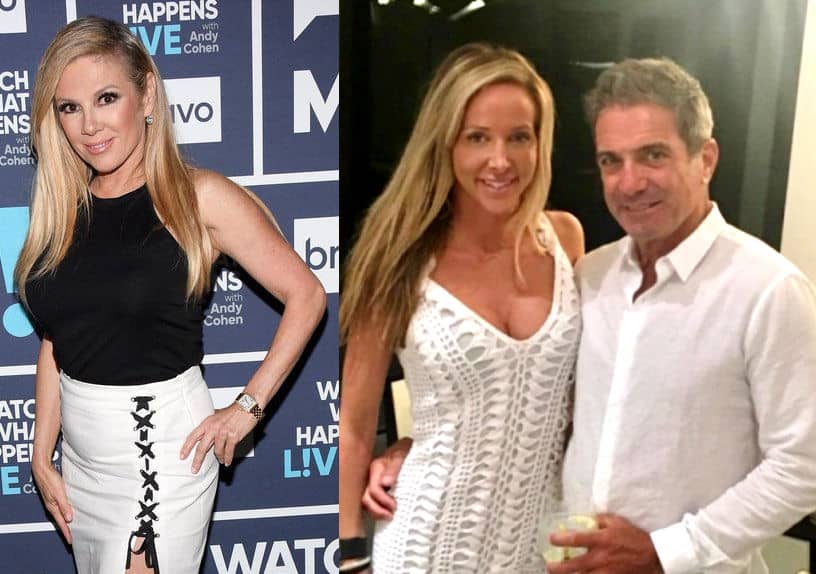 It’s safe to assume Ramona Singer is probably somewhere relaxing and sipping on some pinot while laughing uncontrollably at the latest news about her ex-husband Mario Singer… or at least we’re hoping she is!

If you recall, Real Housewives of New York stars Ramona and Mario got a divorce a few years back after she discovered Mario was cheating on her. Well, actually Ramona tried to make her marriage work when she first discovered Mario’s infidelity but ultimately had to throw in the towel when he would not stop seeing his mistress.

That was three years ago. Mario and his younger mistress, 28 years younger to be exact, stayed together until last December when Mario discovered his former mistress was cheating on him!

Page Six is reporting that Mario, 64, kicked out his former mistress Kasey Dexter, 36, after he discovered she was having an affair thanks to a hidden camera he installed! Wowzers.

Sources allege that Kasey began cheating on Mario with her new man in November, which led to Mario having suspicions. He eventually caught her red handed on Christmas day after installing a hidden camera in their West Palm Beach, Fla., home.

And unlike his ex-wife who moved towards a peaceful divorce when he cheated on her, Mario’s ego couldn’t handle the shoe being on the other foot. So he called the cops on February 1 after Kasey refused to move out following a 30-day eviction notice he had given her a month earlier.

The obtained police report reveals the former couple “confirmed that the argument was verbal in nature and nothing physical had taken place” and “[Kasey] still had residency rights to the property.” They also “confirmed that they would be staying in separate bedrooms for the remainder of the evening” and the police left.

Perhaps the worst part of this all for Mario is the fact that Kasey is still with the man she cheated on him with. “Kasey didn’t mean to hurt him, she just fell in love with someone else,” revealed the insider.

So now Mario is reportedly trying to hurt Kasey despite the fact that she has left his home. “He told her that he wants to ruin her life and bring her down. He’s a man scorned,” the source said. (Sorry but this brings the lols!)

The story however takes a turn for the disturbing when the source alleges Mario was physically and verbally abusive to Kasey. “Mario told Kasey he’ll never marry her or have kids with her, so she f—ked up,” the source said, adding that he “emotionally abused her” and told her that “she’s only good for fake tits and fake lips.”

As for Kasey, she is now “living out of bags now” as she is unable to return to the home she once shared with Mario out of fear she’ll be arrested for trespassing. What a sad ending to this magical affair.