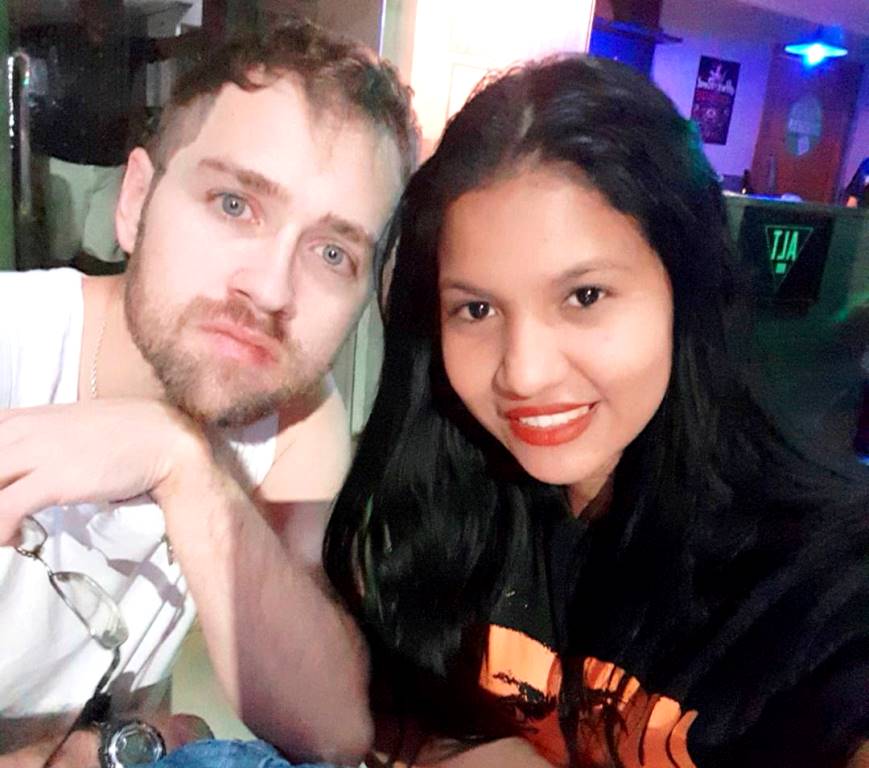 It’s deja vu all over again.

Once again 90 Day Fiance: Before The 90 Days stars Paul Staehle and Karine Martins have broken up, and yet again Paul is accusing Karine of cheating on him. There is however a twist this go around as Paul, who had been staying in Brazil with Karine, has purchased a plane ticket to leave the country!

In typical Paul fashion, he took to social media to air out his break up drama with Karine. He posted on his Facebook,”Karine has ordered I leave Brazil. I wish you and Joe the best.”

A screenshot of that post is below. Joe is an American guy that Paul is accusing Karine of cheating with behind his back.

Paul deleted his post, changed his profile picture into a photo of himself with his mother… and then later posted a screenshot of his original post! Go figure.

It didn’t end there as Paul then accused Karine of creating a secret Facebook page to talk to Joe. He wrote, “Karine make a new facebook for Joe. As you can see I am not on the friends list. “

He also accused Karine of listening to Joe over him, and seemed to imply Karine and Joe had been intimate. Screenshots of Paul’s posts are below. 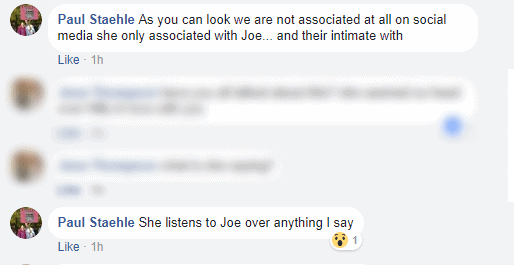 Finally (are you as exhausted as I am?!) Paul posted screenshots of what appears to be a plane ticket he purchased to leave Brazil. He also updated his Facebook status with flight information. His status appears to indicate he is currently flying from Brazil to Miami. 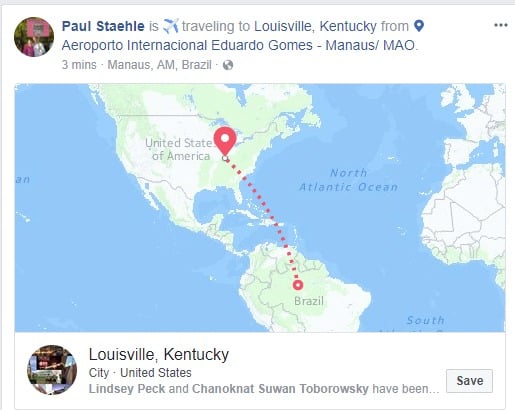 Paul posted his plane ticket out of Brazil

Paul has since deleted all of his posts from his Facebook page. Thank goodness for screenshots! There is also speculation that Paul and Karine might be married as Karine changed her name on her Instagram to Karine Staehle. What we do know is the couple had been filming scenes for TLC so it’s likely we will get to see some of this drama play out on the show. 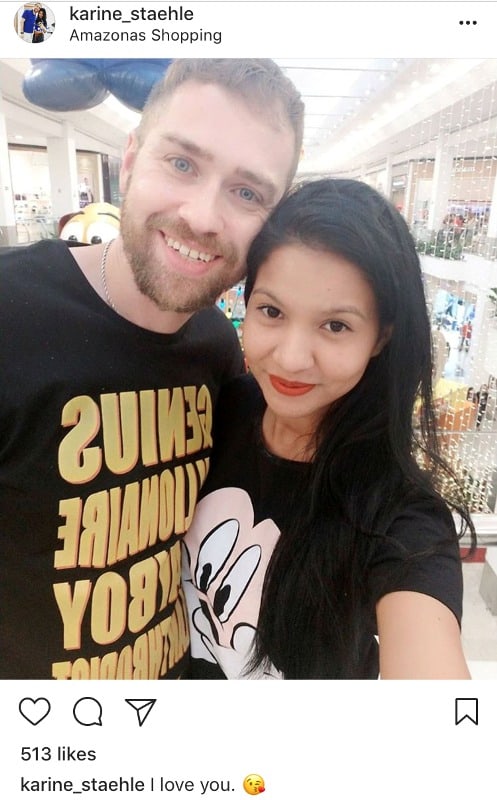 Last October, Paul also broke up with Karine and accused her of cheating with an American guy. That guy was named Alex. This time it’s Joe. Hopefully Joe, whoever he is, can save Karine from Paul! #FreeKarine

UPDATE – An awesome reader tipped us off that this Joe guy (we won’t say his last name to give him privacy) is openly gay. Even more Joe has exchanged messages with Paul assuring him that he’s gay, married to a man, and has a strictly platonic online relationship with Karine. Paul was however having none of it and continued to accuse Karine of cheating.

In the messages, some screenshots are posted below, Paul reveals Karine kicked him out and called the cops on him following their break up. 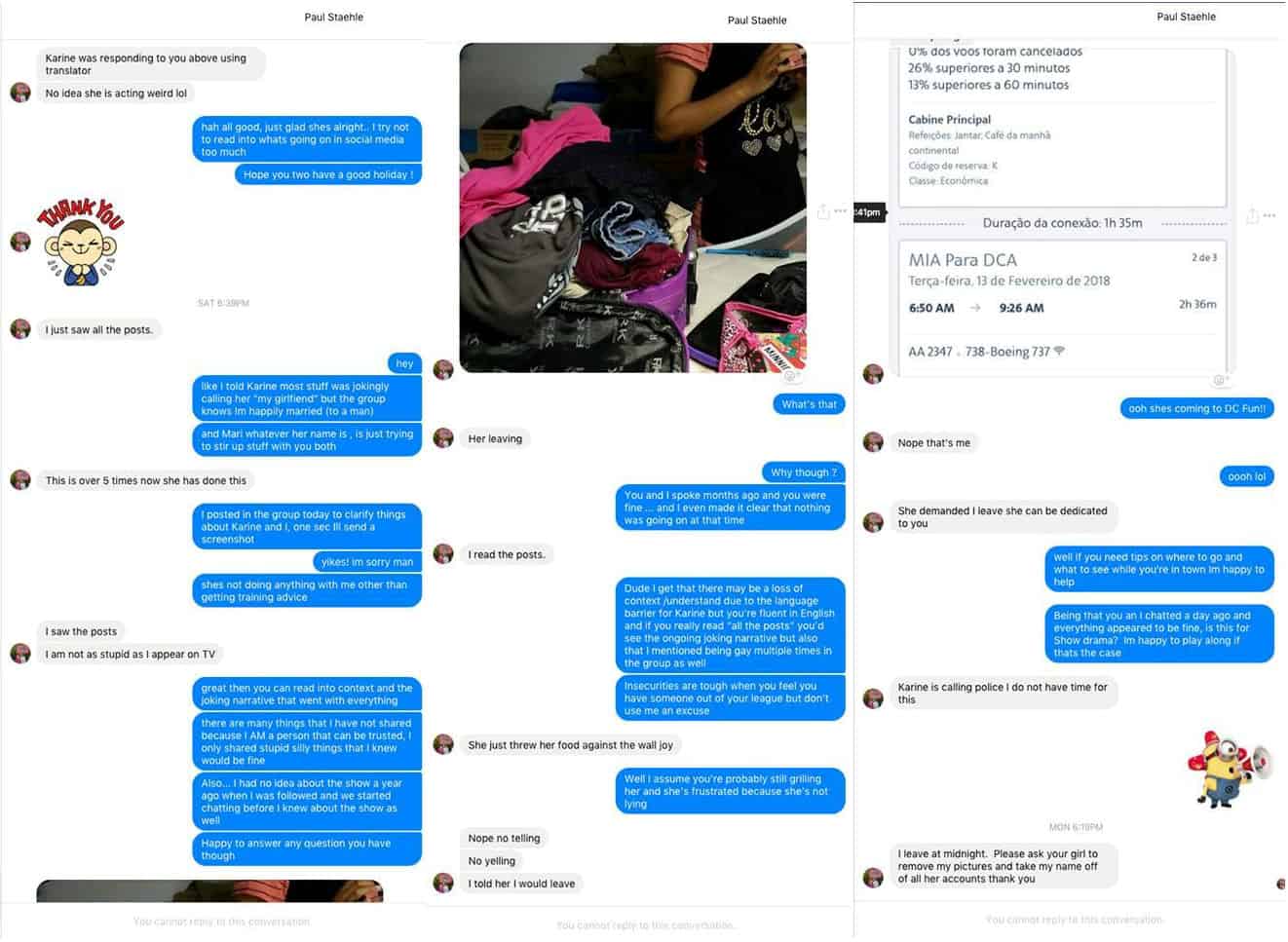 TELL US  – THOUGHTS ON THIS PAUL & KARINE UPDATE? DO YOU THINK KARINE IS CHEATING?