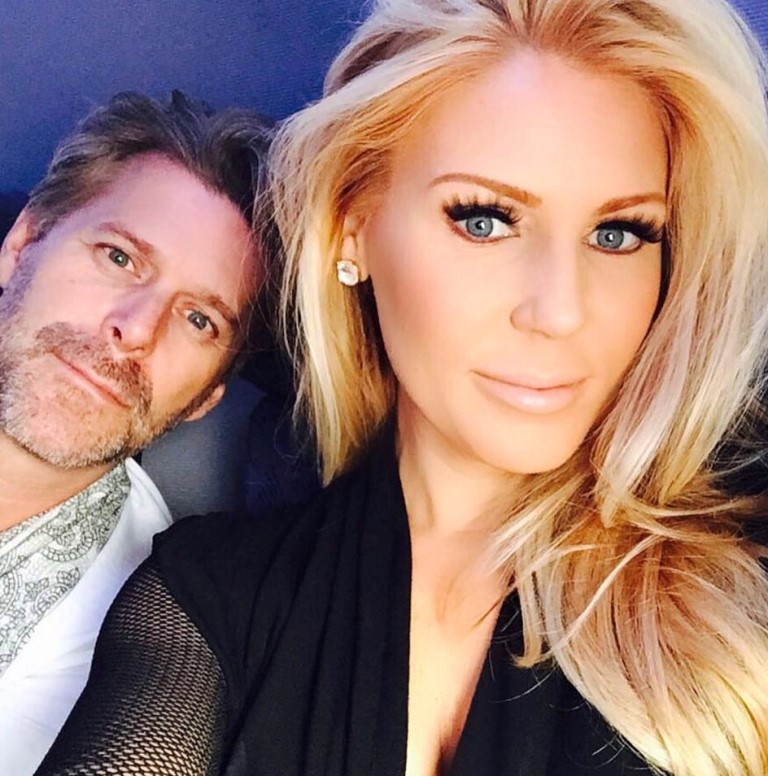 Gretchen Rossi is opening up about her latest plans to have a baby with longtime fiance Slade Smiley!

In a new interview, the former Real Housewives of Orange County star reveals she is having IVF (In Vitro Fertilization) so she can become a mother at the age of 39.

“God willing, I can get pregnant in 2018!” said Gretchen to the Daily Mail.

While this would be the first child for Gretchen, her fiance Slade, 44, does have two sons from previous relationships.

“It is no secret that we tried IVF in the past and Slade also had his vasectomy reversed but we are going to try again to see if we can get pregnant,” added Gretchen. “We have had good feedback from our doctors about our bodies.”

Since Gretchen’s interview was published, some RHOC fans have criticized her for wanting to have a baby with Slade as he has had widely publicized issues in the past regarding child support payments. In 2012, he was accused of owing over $160,000 to Michelle Arroyo who is the mother one of his sons. Gretchen however feels that Slade would make a great dad.

“I know that Slade and I would make great parents because we both love kids and I feel like I am a great mom to our three dogs, so, let’s give it a shot,” she said.

Finally, Gretchen, who has been rumored to be in negotiations to return to the RHOC next season, admitted she does miss certain aspects of being a Bravo Housewife.

“Look, some of those trips and experiences I had were amazing and I would be lying if I said I did not miss those and some of the fun times I had with the other women but that’s about it,” she said.  “But being in a Real Housewife can be brutal too – those ladies can be really tough and it brings a lot of negative energy with it as well.”

TELL US – DO YOU THINK GRETCHEN SHOULD HAVE A BABY WITH SLADE?