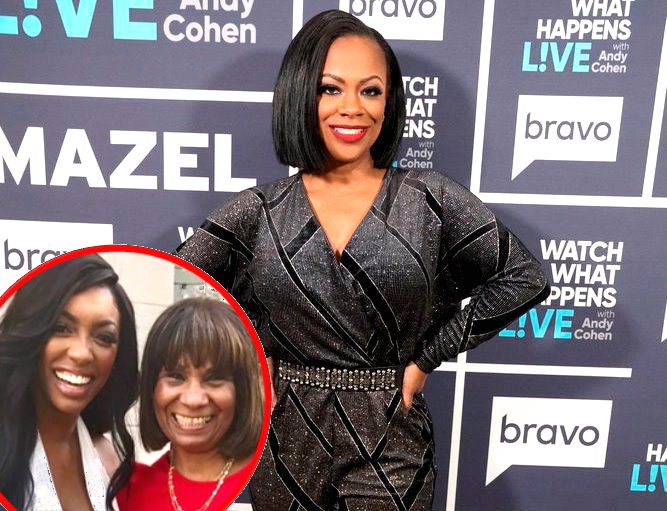 Real Housewives of Atlanta star Kandi Burruss is speaking out about her disappointment with her mom following the latest episode of the Bravo show.

On Sunday night’s episode, Mama Joyce met with with Kandi’s frenemy Porsha Williams behind Kandi’s back. In her latest blog, Kandi reveals her true feelings about that meeting, and what Mama Joyce said that made her upset.

While Kandi isn’t happy about the meeting in general, she is more upset about some of the statements Mama Joyce made about her husband Todd Tucker. During the meeting, Mama Joyce jokingly put down Todd, saying Kandi made lemonade out of lemons when referencing the couple’s marriage. She was insinuating Todd wasn’t good enough for Kandi as she was always against the couple getting married.

“I didn’t like that she went to meet with Porsha behind my back,” said Kandi in her Bravo blog about the sit-down. “But more than that, I was disappointed that my mom said negative things about Todd while she was there.”

Perhaps the reason for the meeting also played a role in Kandi’s feelings. Mama Joyce met with Porsha to give her advice on how to mend her relationship with Kandi, after she falsely accused Kandi and Todd last season of planning to drug and sexually assault her. The lie was ultimately exposed during the reunion, and Porsha has always maintained she repeated those awful claims because Phaedra Parks told her it was the truth.

Meanwhile, unlike Kandi, Porsha does feel good about the meeting and took to her Instagram following the episode to thank Mama Joyce. She shared a photo of the two together and wrote the caption,”Always been ❤️ Mama Joyce #Rhoa.”

TELL US – WAS MAMA JOYCE OUT OF LINE TO MEET WITH PORSHA BEHIND KANDI’S BACK?