Home 90 Day Fiance PHOTOS: Before The 90 Days’ Paul and Karine Are Married! Will They Appear On 90 Day Fiance?

PHOTOS: Before The 90 Days’ Paul and Karine Are Married! Will They Appear On 90 Day Fiance? 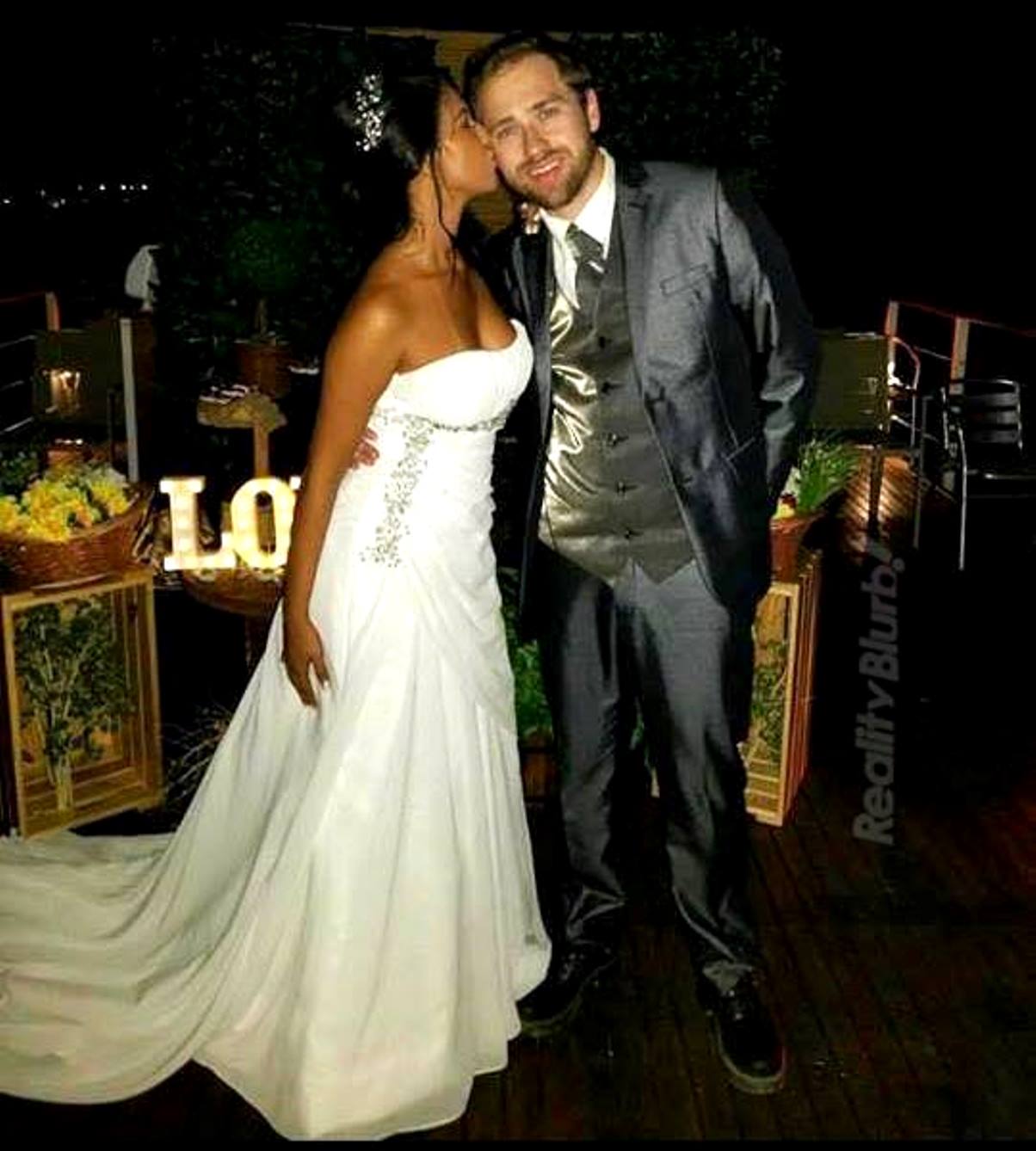 Well this is awkward. Just days after Paul Staehle had a meltdown and accused Karine Martins of cheating on him, we can now reveal to you that the 90 Day Fiance: Before The 90 Days couple is married!

Above is a wedding photo of the couple or should we say former couple? Because as of today, they still remain broken up. In fact Karine has changed her name on her Instagram account back to Karine Martins. She had previously changed it to Karine Staehle presumably following her wedding.

We got a tip about this photo earlier today and had to do some digging to confirm it wasn’t photoshopped… and let’s just say it is definitely the real deal. For starters, on November 3 Karine shared the pic below on her Instagram page and as you can see, she had the same exact hairstyle and makeup as the wedding photo. 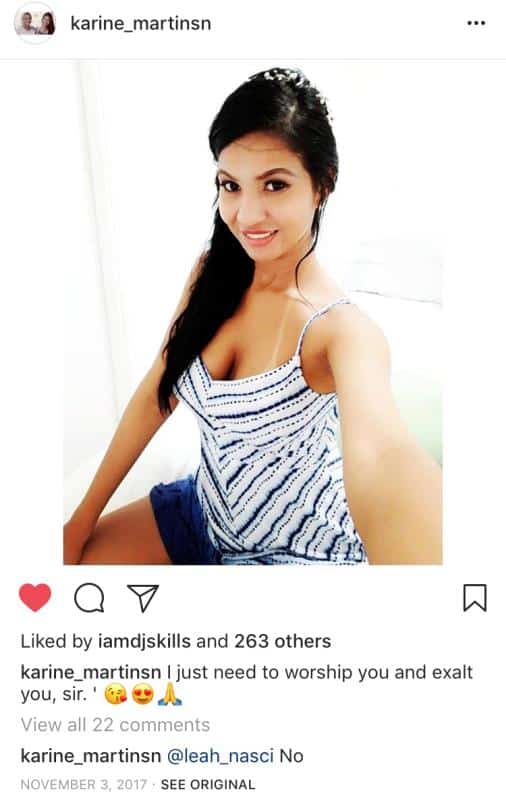 Additionally, we found this photo of Karine with her Dad from her social media, also from her wedding day although she’s wearing a different dress. The hairstyle is the same and the background from the wedding is the same. 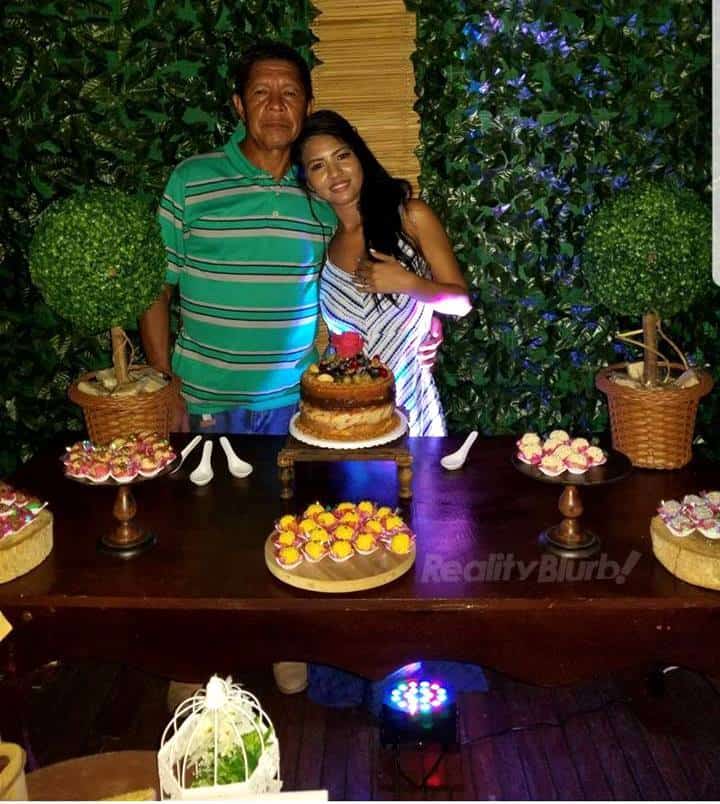 Karine poses with her dad following the wedding

The biggest proof yet? We came across the social media page of one of Karine’s family members and we found more photos of her in her wedding dress. Same table and cake as the above photo with her father. Those pics are below. 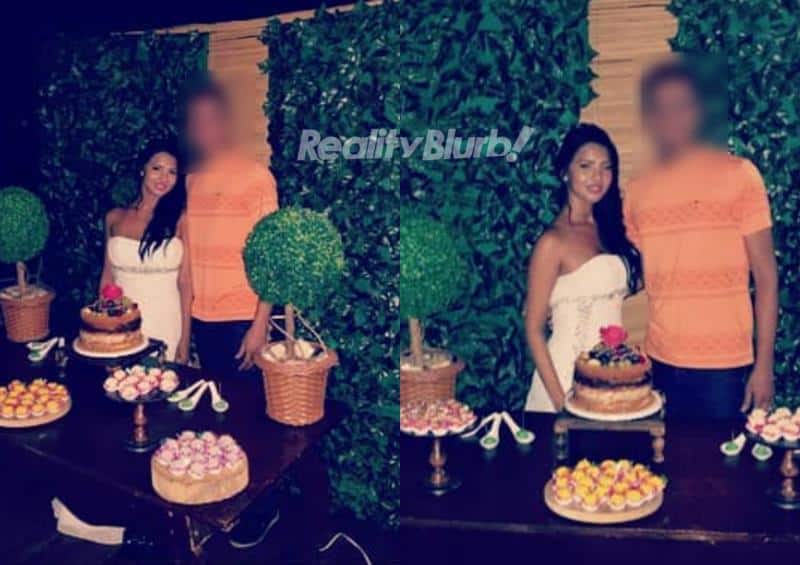 More photos of Karine on her wedding day

This news isn’t that surprising as Paul has been living in Brazil with Karine for the past couple of months. They have also been filming for TLC, and with this news of their wedding, it’s likely they will appear on the next season of 90 Day Fiance. Perhaps they will hold another wedding in the US… that is if they get back together.

As for the couple, they are remaining mum on their marriage as they are supposed to keep it under wraps until TLC airs it on television.

As we reported, Paul accused Karine of cheating on him with an American guy named Joe but we received a tip and some proof that this Joe fella is openly gay and married to a man. In fact Joe sent Paul messages on Facebook assuring him his online friendship with Karine was strictly platonic but Paul was having none of it. You can see screenshots of those messages here.

Ultimately Karine got tired of Paul falsely accusing her of cheating and according to Paul, she called the cops on him and kicked him out. Paul updated his Facebook status two days ago stating he was on his way back to the US. He has however since deleted his Facebook page so his whereabouts today remain unknown.

As always, we will update this story with any new information from this ongoing telenovela! And if you have any tips or news about this couple, please feel free to send us a message!

UPDATE #2 – 90 Day Fiance Youtuber Keith Brooks interviewed Paul and Karine in early December, and as you can see at the 3:10 minute mark of the video below,  Paul briefly pauses the interview to take off his ring, and to ask Karine if she also has her ring off. This is just further proof they are indeed married.

UPDATE – Paul made a Facebook post earlier today denying he and Karine were married. Don’t believe the hype. They definitely got married in Brazil and had a wedding ceremony. Perhaps he doesn’t think the marriage is valid because they didn’t tie the knot in the United States. Paul’s post is below. 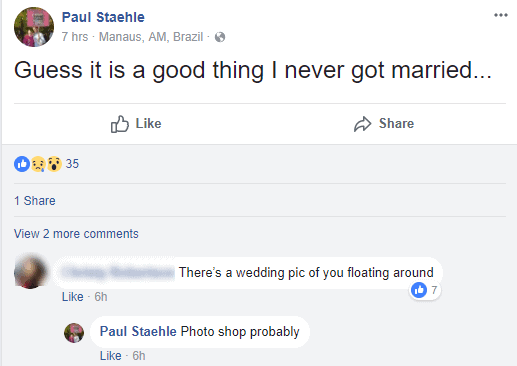 TELL US – THOUGHTS ON PAUL AND KARINE BEING MARRIED?