Erika Jayne Claps Back At RHOBH Castmates For ‘Judging’ Her Decision 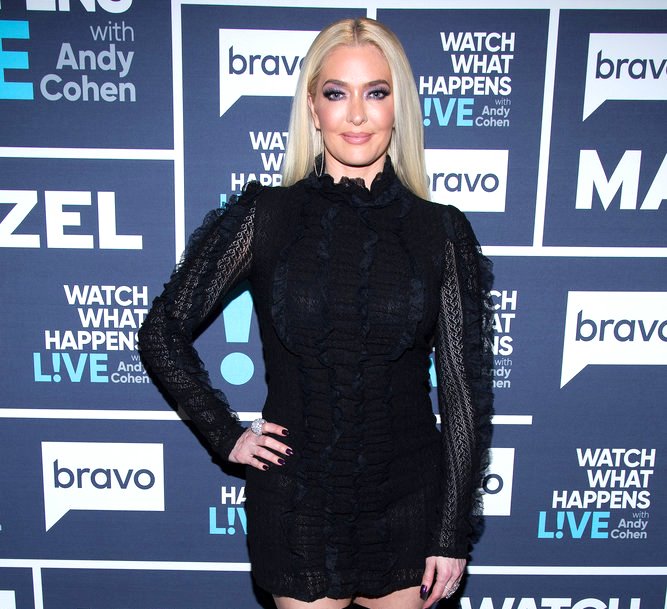 Real Housewives of Beverly Hills star Erika Jayne is clapping back at her castmates for talking behind her back about her decision to bypass spending the night at Teddi Jo Mellencamp’s beach house in favor of staying at a hotel.

On the most recent RHOBH episode, Erika claimed she went to the hotel because she had painful cramps and needed to rest. But as we reported, Teddi called BS on Erika’s explanation stating that Erika had already made arrangements to stay at the hotel with her assistant before the trip.

In her latest blog, Erika is firing back at the BH ladies who she says “judged” her and didn’t show her compassion. She explains why she waited until the cameras left to depart Teddi’s home (Teddi implied she was being fake in front of the cameras), and also promises not to extend any sympathy to castmates who failed to sympathize with her. Yikes!

Below are excerpts from Erika’s Bravo blog –

“Since so much has been said about my “weird” behavior at the beach house, I thought you should know the facts.

I got in the car at LVP’s at noon already not feeling well and drove down to Dana Point and had all intentions to stay at Teddi’s beach house overnight, even though Tom was recovering from surgery and still wasn’t walking.

We filmed all day. Cameras went down at midnight, I was beyond exhausted and knowing the girls wanted to drink and have a good time, I decided to get a room at the nearest hotel so I could clean up and rest without worrying about messing up anything at Teddi’s.

Sue me for being considerate…

I came back in the morning like I said I would to find myself getting judged, and instead of asking me how I am feeling, I get told I am weird and sneaky.

Forget who the messenger was, the fact is the women were talking sh– about me, and I found out. That doesn’t diminish what they said about me or how they really feel about me. Very revealing…

Like I said at dinner in NYC, I know the truth and will continue to be me. In the future, I will not be extending any sort of understanding or sympathy to anyone that could not sympathize with me.

Oh and the ONLY thing I was “pretending” was trying to get through the day with a smile when I would of rather been at home in my own bed doubled over in pain.”

TELL US – THOUGHTS ON ERIKA’S BLOG? DO YOU BELIEVE HER OVER TEDDI?