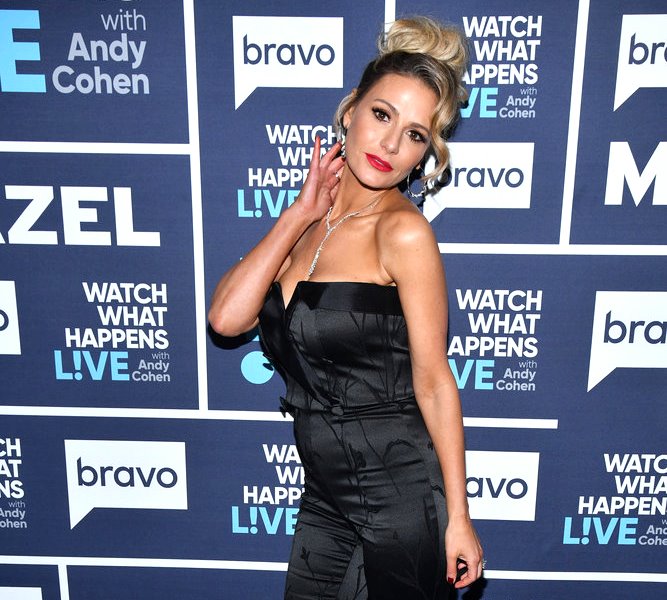 Dorit Kemsley’s British accent or lack thereof sometimes has been a hot topic since she joined the Real Housewives of Beverly Hills last season.

And following her appearance on Watch What Happens Live this week, Dorit, an American who is married to UK native PK Kemsley, tried to explain why her accent keeps changing on the after show.

A fan called into the WWHL after show and asked Dorit, 41, why she had an American accent when was singing during an earlier episode of the RHOBH.

Dorit responded, “Truthfully, I couldn’t answer that for you. I mean this is what I can give you. And if I’m singing, if I’m talking, if I’m laughing, if I’m crying, whatever it is, whatever comes out comes out.” She added, “Maybe I just talk with an accent and I don’t sing with an accent.”

TEDDI CALLS OUT DORIT FOR ‘TALKING OUT OF BOTH SIDES OF HER MOUTH’!

AccentGate originated last season when fans uncovered the video below of Dorit from 2013 in which she spoke in a clear American accent. Ever since, some fans of the RHOBH have accused Dorit, who was born in Connecticut, of faking her British accent.

However, Dorit did another interview last year in which she further explained why her accent switches up sometimes.

“I think the way I speak is probably a combination of many things. First and foremost, I am married to a Brit who’s got a very, very strong London accent, and I’m sure some of his inflections have sort of rolled over on me,” she said last February to Bravo.

“My parents are not American. I was born and raised in America,” explained Dorit. “I did spend a significant amount of time, nearly 10 years, back-and-forth, going to Europe. I spent a lot of time working all over the world and in various places of the world where people didn’t speak English all that well. I had a tendency to overenunciate, so I think at times some of my English is part that and part inflection. And you know, being around a lot of Europeans and a lot of Brits, you just become a product of your environment, really. That’s who I am. That’s the way I speak. I don’t hear it. My husband doesn’t hear it but it’s definitely become a topic of conversation.”

TELL US – DO YOU THINK DORIT’S ACCENT IS AUTHENTIC?