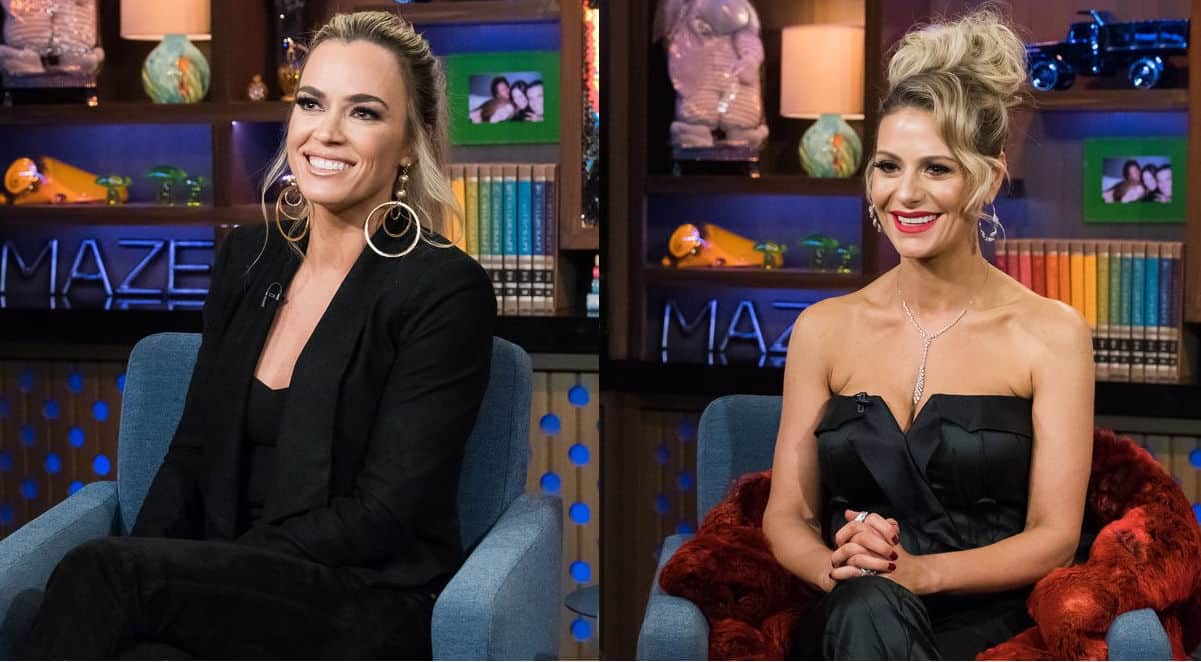 Teddi Jo Mellecamp, the newest addition to the Real Housewives of Beverly Hills, continues to tell it like it is!

A week after calling out Erika Jayne for acting fake on camera, Teddi is now sharing her thoughts on Dorit Kemsley when it comes to her behavior on the latest episode of the RHOBH.

In a new blog by Teddi, she says Dorit has a ‘bad habit of talking out of both sides of her mouth,’ while also exaggerating events and stories. And in true Teddi fashion, she defends Dorit where she sees fit when she says she doesn’t believe Dorit intends to be malicious when she says certain things. She also gives her take on the emotional and cray cray fight between Kyle Richards and Lisa Vanderpump during the cast’s trip to New York.

“Okay, so I think this episode was a turning point for me: I’m more comfortable around these women, and I’ve developed real relationships with them. So I’m invested. I’ve realized that Dorit has a very bad habit of talking out of both sides, the top and bottom of her mouth but never owning up to anything. Call me psycho, but I’m kinda over it. She can’t keep saying things about everybody, especially people she cares about, but then twisting the situation to make herself the victim when they get upset.

Yes, I told Kyle what was said at dinner. It came up organically at our lunch the next day, and Camille and I relayed the conversation as it actually happened. That’s the difference from what Dorit did last week; she told Erika an inflamed story about how we were “mad.” I don’t tell stories, I tell truths. So when Lisa Vanderpump asks me what was said, I tell her—explicitly stating I don’t think Dorit was being malicious, she was just producing another episode of The Dorit Show.

I don’t blame Kyle for bringing it up later in the evening. Sure, it was “Dorit’s night,” but I don’t believe she wouldn’t have done the same if the role was reversed. I mean, she pulled me aside at her husband’s 50th party to confront me. And it wouldn’t have been a big deal if Dorit could have just said, “You know what, I said it in the moment, and I’m sorry.” But she can’t. Now she’s dismissing me and attacking my business, and I’m done. To clarify, my job is to help women reach their health and fitness goals, not to stop them from talking sh– about their friends, but apparently tonight I am running a side business.

Somehow we’re left with Kyle and Lisa Vanderpump at odds, and I don’t like that we’ve come to this. They have a history that I haven’t lived, but you can see the hurt in both of them, and I’m just trying to help rectify the situation. So while, yes, as Dorit says it isn’t about me, it is about being a good friend instead of dropping bombs you don’t take accountability for while walking away complaining about the mess—which you’ve made.
Lastly, this episode we find out I can’t even put on a fake eyelash. I’m annoying myself at this point. We get it, Teddi—you’re sooooo “normal.” Ugh.”

TELL US – DO YOU AGREE WITH TEDDI’S TAKE ON DORIT?