REPORT: Bethenny Frankel Threatened To Quit ‘RHONY’ Due To Feud With Carole Radziwill! Cast Has ‘Had Enough’ 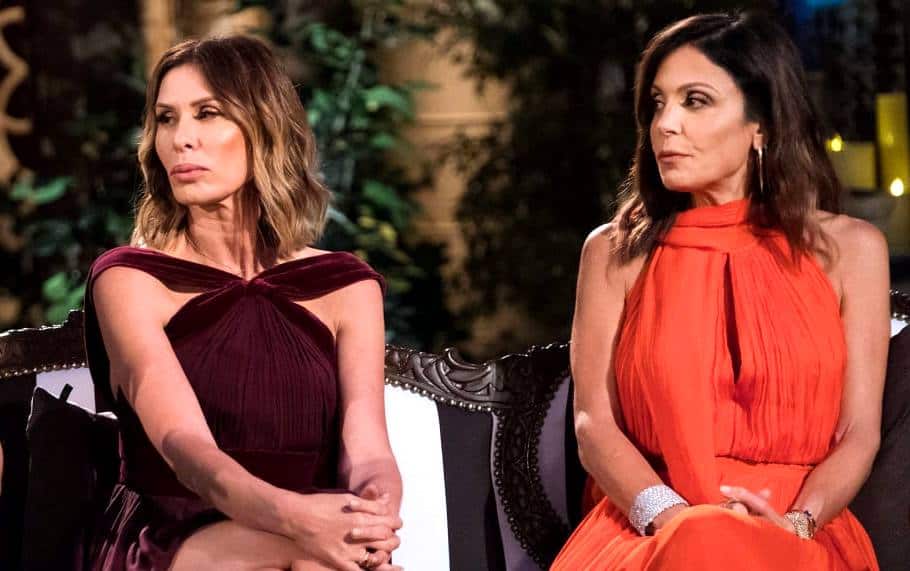 Bethenny Frankel has reportedly turned off her Real Housewives of New York City co-stars with her entitled behavior during production on the series’ upcoming 10th season.

According to a new report, Bethenny recently threatened to quit the show after feuding with her longtime friend and co-star Carole Radziwill and the rest of the cast has become fed up with her antics.

“Every time we’re together, you’re aggressive with me,” Carole can be heard snapping at Bethenny in the trailer for the upcoming season.

A new report by the Daily Mail is now revealing that amid Bethenny’s feud with Carole, the rest of the RHONY women allegedly ganged up on the Skinnygirl mogul, prompting her to immediately call her production team and threaten to quit the show. However, due to her contract with the network, she was forced to continue filming. Right away, her co-stars were disappointed as they would love to see her off the show.

“They feel they’d all be better off without her as she’s no longer the funny, smart girl next door that everyone liked,” a source revealed. “She’s become mean and entitled and she belittles the other women as well as the crew.”

“It all began with Carole calling time on their friendship. She’d had enough of being perceived as Bethenny’s puppet and she said enough was enough,” the insider continued. “They had multiple arguments over the period of filming, the worst when they filmed in the Berkshires. Carole and Bethenny once did everything together, now Carole wants nothing to do with her. Bethenny freaked out and couldn’t handle that Carole was calling her out on her BS. Then the other women started telling her they’d had enough. This set Bethenny over the edge that she called the heads of production and tried to resign. It didn’t work and she was forced to keep filming.”

Meanwhile, a source close to Bethenny reportedly fired back at the rumors, suggesting it would take much more than a feud with Carole for Bethenny to end her time on The Real Housewives of New York City.

Although a Bravo spokesperson denied that Bethenny threatened to quit the series and said there was “no truth” to the claim, the insider continued on, stating that production has been disappointed with Bethenny’s behavior in recent weeks and feel she is slacking off.

“Here is the highest paid cast member constantly saying she is unavailable or too busy and then we see her on yet another vacation or out at her Hamptons home. It’s beyond frustrating and a slap in the face to the other women who always make themselves available to film.”

In addition to Bethenny’s drama in front of the cameras, the reality star has allegedly been pushing her production team the wrong way and they are said to be at their “wits end” with her.

“On a trip to Puerto Rico, where she attempts to position herself as the second coming of Mother Teresa, Bethenny was downright mean to the production crew and threatened to have one of the crew members fired for getting lost during production,” the source said. “It was shocking how she treated this crew member. This person was legitimately lost on an island without power and cell service – and Bethenny lost her mind, screaming at them and threatening to end their career. It was horrible.”

While Bethenny may have been at the center of drama with her team, she did do amazing things in Puerto Rico, as the Daily Mail explained. In fact, the longtime reality star sent a whopping 50 planes to the aisle to assist with relief and raised approximately $50 million for the country.

“She was spending her time and efforts trying to help the people of Puerto Rico and running door to door distributing over a million dollars in cash cards,” the source noted.

Bethenny and her co-stars are set to return to Bravo for The Real Housewives of New York City season 10 on Wednesday, April 4 at 9 p.m.

TELL US – DO YOU BELIEVE BETHENNY WAS ACTING ENTITLED? DO YOU WANT TO SEE HER ON OR OFF RHONY?