Home Real Housewives of Atlanta News Kim Zolciak’s Husband Kroy Biermann Claps Back At Her RHOA Castmates! Says “Where Are Their Husbands?”

Kim Zolciak’s Husband Kroy Biermann Claps Back At Her RHOA Castmates! Says “Where Are Their Husbands?” 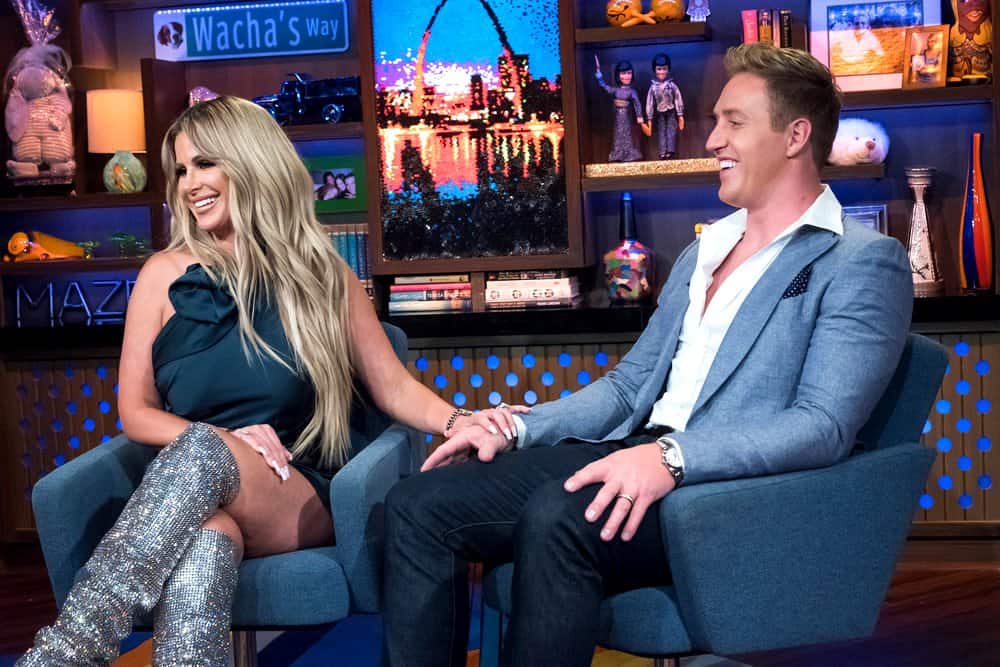 Andy Cohen, please give a peach to Kroy Biermann as he may just be an unofficial housewife on the Real Housewives of Atlanta.

Following the uber dramatic reunion that led to Kim Zolciak- Biermann crying and running off the set, Kroy is now responding to the other housewives regarding their many concerns about Kroy driving his wife around and Kim’s insistence on bringing Kroy to all housewives events… even an all girls vacation.

So you are probably wondering why the other ladies care that Kroy has decided to chauffeur his wife around the city while she drinks from her solo cup? Well, the RHOA housewives feel that Kim uses him as an excuse to not be around them for long. She even refused to attend the housewives’ trip to Spain without Kroy and that didn’t sit well with some of the other ladies.

While the retired NFL player was in New York City, he was interviewed by Bravo producers about his feelings on the ladies criticizing him and Kim. “My two cents are this: why not? I’m available,” said Kroy. “I live a great life. And if I can spend my time with my wife, then why would I not? We go to dinner afterward, we run errands. If I’m available, why not? Why wouldn’t I do it for her, support her and be there for her? That’s what husbands are for.”

Kim also added, “Why wouldn’t he? He’s my husband. He’s my best friend.”

Then Kroy went there and asked, “Where are their husbands at?” Busy not being co-dependent?! Just saying.

But Kim knows why the other housewives aren’t happy about Kroy driving her around. According to Kim, “they don’t know where their husbands are, maybe that’s why they are angry.” Ouch!

Lets just say the battle line has been drawn and we haven’t heard the last of this drama!

TELL US – DO YOU THINK KIM USES KROY AS A MEANS TO AVOID SPENDING TIME WITH HER CASTMATES?