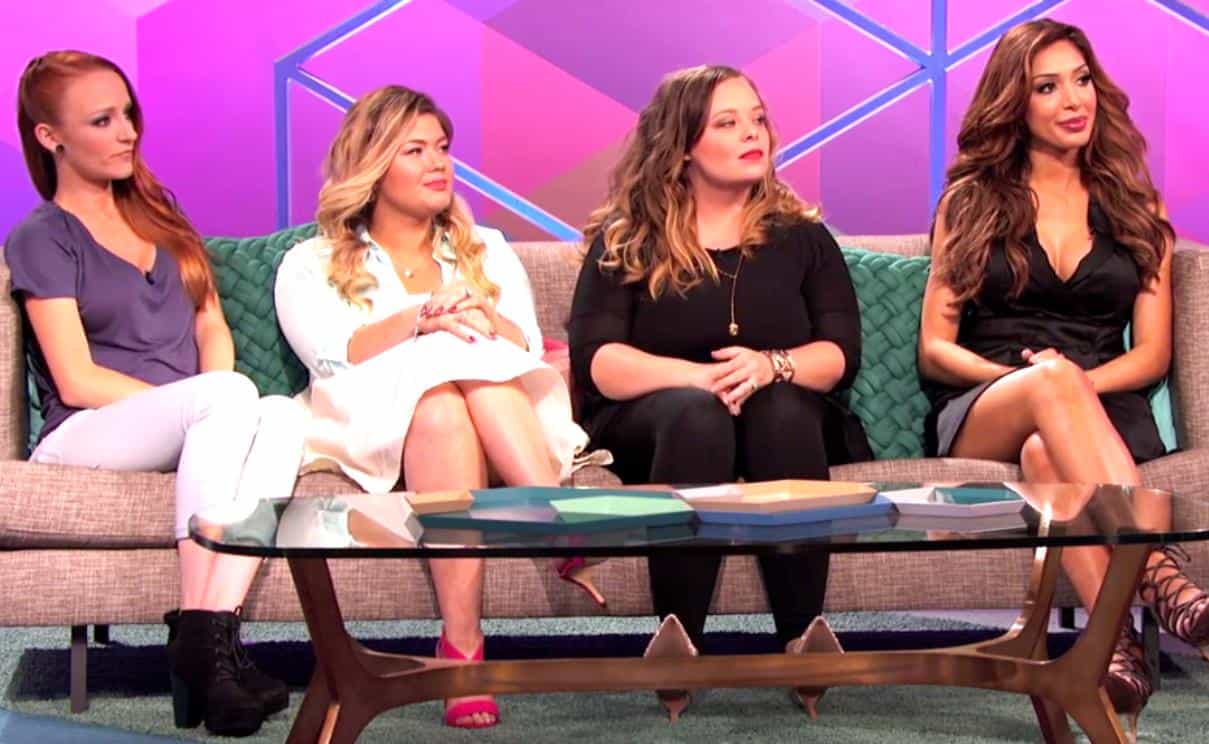 The cast of Teen Mom OG, including Maci Bookout, Catelynn Lowell, Amber Portwood, and Farrah Abraham, is rolling in dough thanks to being on the air for nearly a decade.

As their successful MTV series continues, their MTV paychecks continue to increase and according to recent reports, the ladies are cashing in for each season of the show.

So just how much does the Teen Mom OG cast make? Each of the women were paid $25,000 per episode of Teen Mom OG season six, which equals $325,000 for the full season according to Radar Online.

They also get $1,000 for the specials and after shows.

The outlet went on to reveal that the women’s exes, including Ryan Edwards, Tyler Baltierra, and Gary Shirley, were making the same amount. While it was previously assumed that the men of the show weren’t getting quite as much as their female counterparts, Amber insisted at the start of the series that MTV pay Gary the same amount they were paying her.

“It was all thanks to Amber,” an insider told the outlet at the end of last year. “She made sure Gary made as much as she did when they were together.”

As for Amber’s other ex, Matt Baier, he was paid $5,000 to $10,000 per episode during his time on the show and also cashed in on their relationship during their appearance on Marriage Boot Camp: Reality Stars Family Edition.

While $325,000 per season is a hefty amount, Maci said in her 2015 memoir Bulletproof that her MTV income wasn’t always worth the stress.

“Reality TV can make you very famous, but you basically get the s**t end of the deal: Everyone knows your name and talks about you, but there’s no red-carpet prestige or glamorous piles of money,” she wrote. “Once you become a so-called reality TV star, people immediately think you’re a high-end celebrity and you travel the world and have a mansion and so much money and all these other things they associate with having your face on television. The fact is, my real life isn’t that much different from what it would have been without MTV. I still live in Chattanooga and go to Wal-Mart and buy bread and milk.”

In addition to their Teen Mom OG salaries, the cast of the MTV series has also been making money elsewhere in the years since they gained fame. For instance. Catelynn and Tyler reportedly made $100,000 for their appearance on VH1’s Couples Therapy season 3 and Farrah appeared on the series as well.

Farrah has also been seen on a number of other reality shows, including Single AF, Celebrity Big Brother, and Marriage Boot Camp: Reality Stars Family Edition, and is allegedly worth between $3-6 million.

TELL US – ARE YOU SURPRISED BY HOW MUCH THEY MAKE?