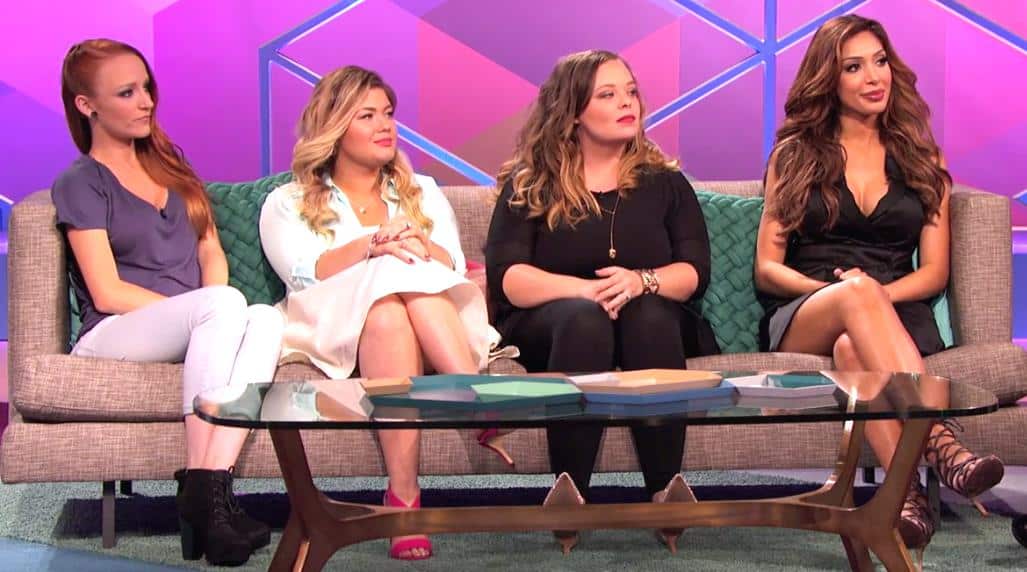 The season seven reunion special for Teen Mom OG was filmed in New York City over the weekend and according to a new report, there were a few surprises during production.

Although Farrah Abraham wasn’t present, as expected, her mother, Debra Danielsen, did attend the taping as her father, Michael Abraham, opted against doing so.

“Farrah’s mom did make an appearance at the reunion. But [Farrah] wasn’t there, nor her dad,” an insider told Us Weekly magazine, adding that Danielsen was “surprisingly rational and calm.”

Days before the Teen Mom OG reunion special was filmed, Abraham spoke out, confirming that because she would not be reuniting with her co-stars, her father would be steering clear of production as well. Abraham also said that she was unsure of what her mother would do.

Around the time of production, Abraham confirmed she was spending time in Los Angeles with her new boyfriend, stuntman Aden Stay, and made their relationship social media official with a photo of the two of them enjoying a meal.

In addition to Abraham’s expected absence, her former co-star, Amber Portwood, was shockingly missing from production as well. However, while Abraham didn’t attend because she was not invited after her season seven firing, Portwood’s absence was the result of morning sickness. That said, Us Weekly magazine’s insider confirmed that the longtime reality star would be seen when the special airs, via a satellite taping.

As for the rest of the cast, both Maci Bookout and Catelynn Lowell were in attendance, despite ongoing questions in regard to Lowell’s post-rehab plan. While some believed Lowell would remain in rehab, where she’s been on and off since November of last year, she and husband Tyler Baltierra ultimately decided to take part in the filming.

“Catelynn was there and is doing so much better,” the source said. “Treatment benefitted her tremendously.”

Prior to enterring rehab, Lowell experienced suicidal thoughts prompted by the tragic miscarriage she suffered during filming on season seven.