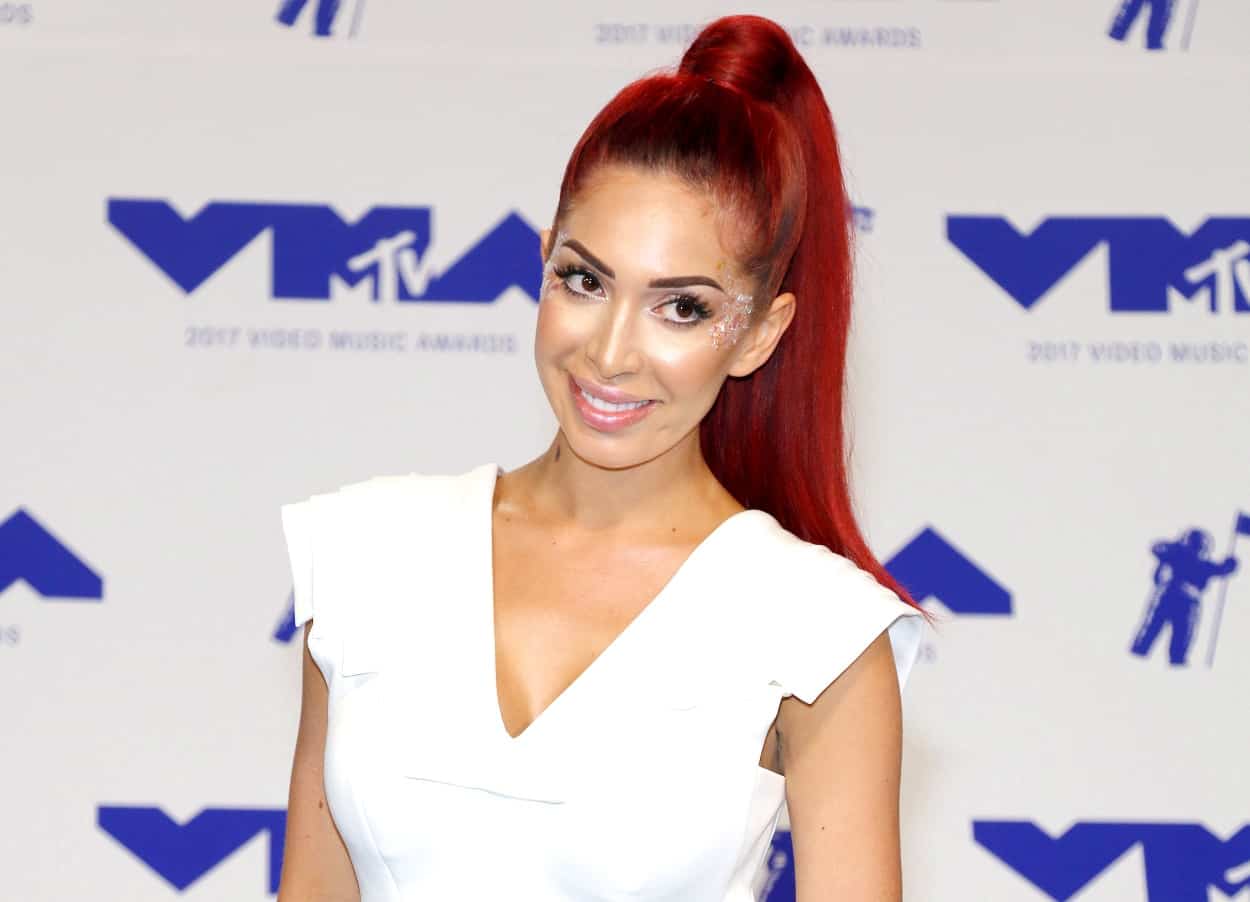 Farrah Abraham shocked the world when she revealed days ago that she keeps questionable photos of her nine-year-old daughter Sophia on her cell phone and said that Sophia has nude images of her as well. She is now receiving a ton of backlash.

As fans may have seen, the comments were made during an interview at the end of last week, in which the Teen Mom OG star briefly spoke of her lawsuit against MTV, Viacom, and her producers.

“My daughter and I, we run around the house naked and we just live life free,” she explained to TMZ.

Abraham then said that she and Sophia keep naked photos of one another on their phone because they are part of a “crew.”

“I mean, we have naked pictures on our phones of each other because we’re like a mom and daughter crew,” she said.

Abraham then defended her decision, reasoning that her own mother has photos of her running around their yard naked at a young age. However, according to Abraham’s mom, Debra Danielsen, she has no such thing in her possession.

“I have no photos of Farrah naked ever,” Danielsen told The Ashley’s Reality Roundup on February 24, “especially outside in our yard! Our neighborhood would never be a place for that especially when she was small. The only place we were naked was in the bathroom– which is normal when you are having a shower or beauty treatments.”

According to Danielsen, she and her family lived in a very busy area when Abraham was growing up. So, she would have never allowed her child to run around without clothes on in their yard.

“Our house is across the street from the fire station, public library and a Catholic church,” she said.

Teen Mom fans are also letting Abraham have it as many find her comments inappropriate. Below are some tweets –

“I need to do a poll on how long until CPS removes Sophia from Farrah’s custody.”

“Baby photos are one fine but her and Sophia taking nude pictures of each other sounds so wrong. I’m all for being comfortable in your own body but Farrah takes things to far and treats Sophia like an adult not a 9 year old.”

“Why would Farrah have pictures like that of Sophia on her phone? Is she in denial of her age?Like taking bath pictures like she’s a baby? Do they think they’re funny snapping photos as they hang out in the nude?This is so weird and gross.”

“Regardless of Farrah‘s insanity, I think everyone wishes Sophia a happy and healthy life.”

Abraham was fired from her role on Teen Mom OG earlier this year and now, her co-star Mackenzie Standifer, wife of Ryan Edwards, and Teen Mom 3 star Mackenzie Mckee are reportedly in the running to replace her on the show.

TELL US – ARE FARRAH’S COMMENTS AND ACTIONS INAPPROPRIATE?